Hat’s off to them! High-end milliners including royal favourites Philip Treacy and Lock & Co join forces to make PPE visors for the NHS with messages of thanks written on the bands

The UK’s finest milliners have come together to create PPE visors for frontline NHS staff.

Awon Golding, of Lock & Co, the world’s oldest hat shop, and royal favourite Philip Treacy are among those lending their talents to create essential equipment for healthcare workers as part of the #VisorArmy.

The talented milliners are taking part in the Make A Visor, Save A Hero campaign in conjunction with the Rosetrees Trust. 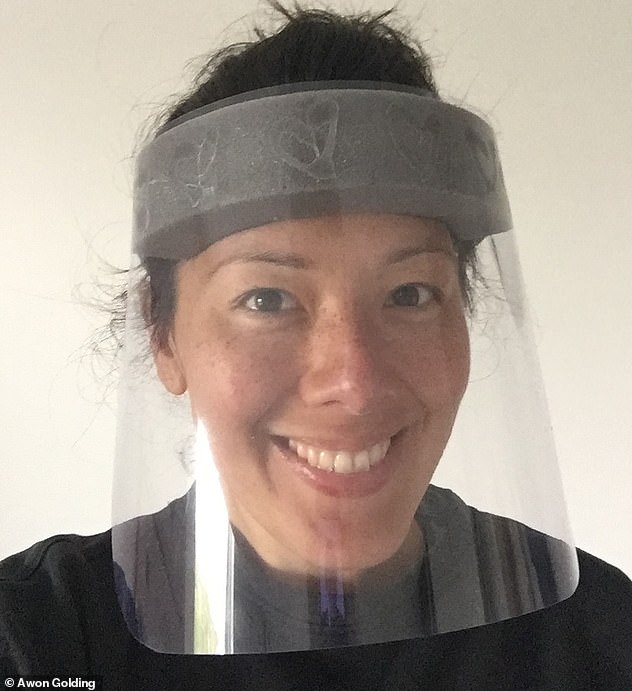 Awon Golding, of Lock & Co, pictured, the world’s oldest hat shop, and royal favourite Philip Treacy are among those lending their talents to create essential equipment for NHS workers 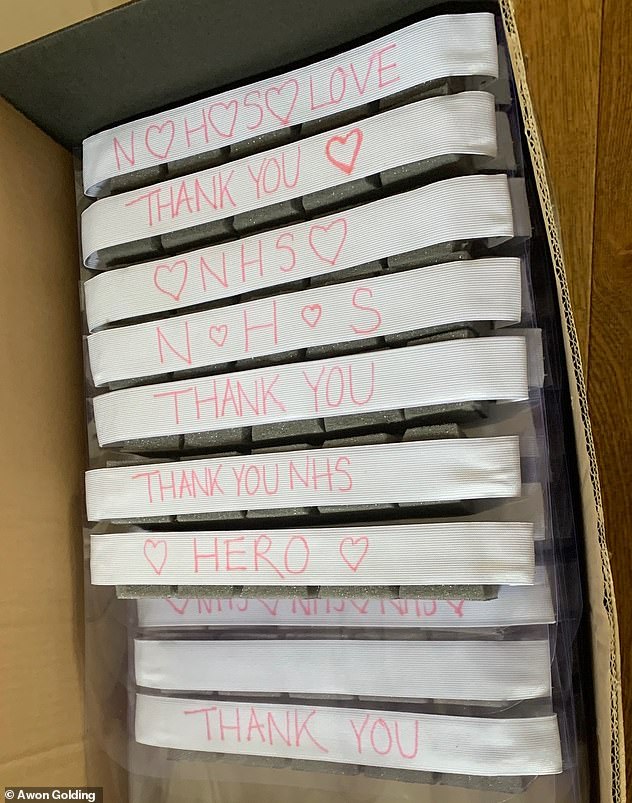 Pictured: a stack of visors waiting to be shipped, with words of encouragement written on the headband to hold them steady 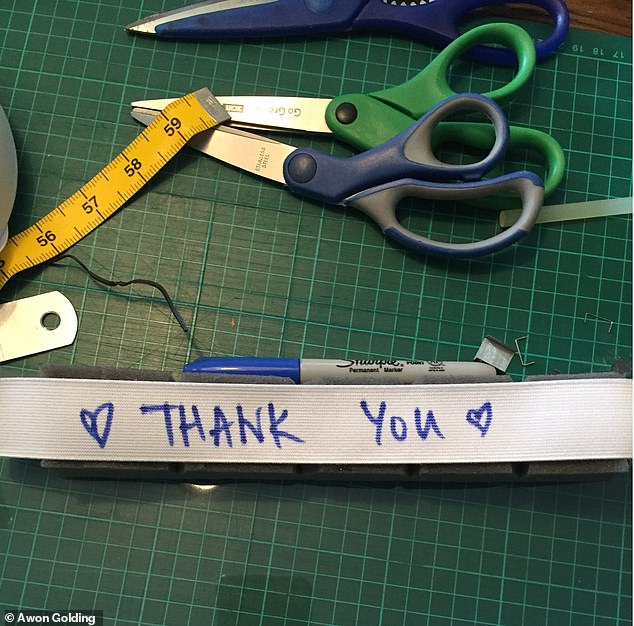 The campaign encourages members of the public to donate money via GoFundMe so milliners can buy the materials needed to create single-use visors.

In the three days since the campaign was launched more than £32,000 has been raised, or enough money to make 50,000 visors for frontline staff.

Awon Golding said: ‘They’re putting their lives on the line for us and making visors is our small way of supporting and thanking them.

‘As Milliners we’re uniquely positioned to use our skills for good in this instance, and I can’t think of a better way to be using my hands and my time right now.’ 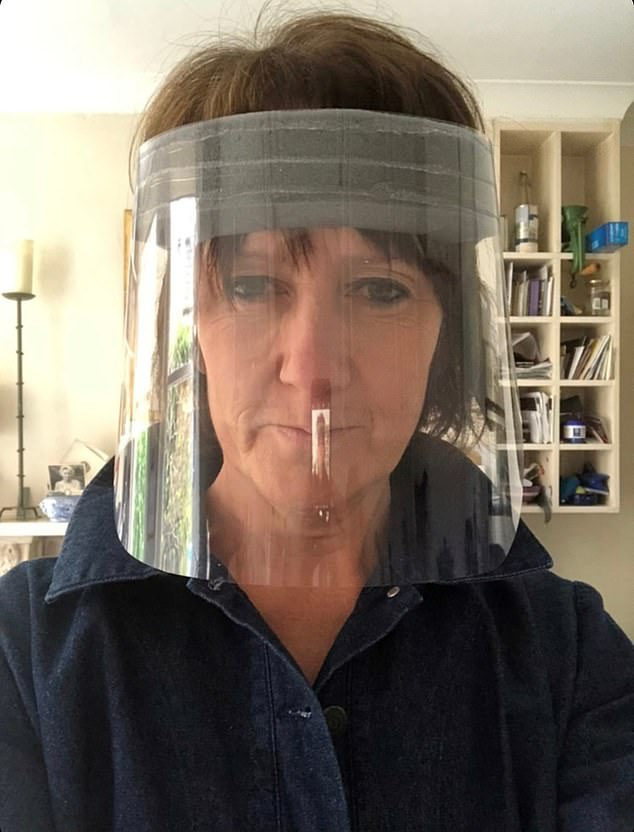 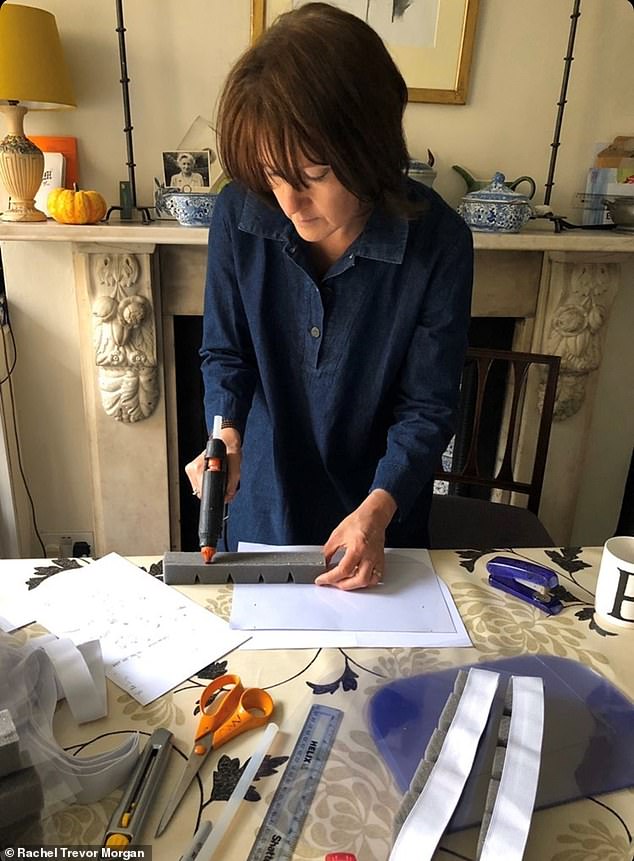 Each milliner can make up to 100 visors a day, and the campaign as already produced more than 5,000 so far  (pictured, Rachel making a visor) 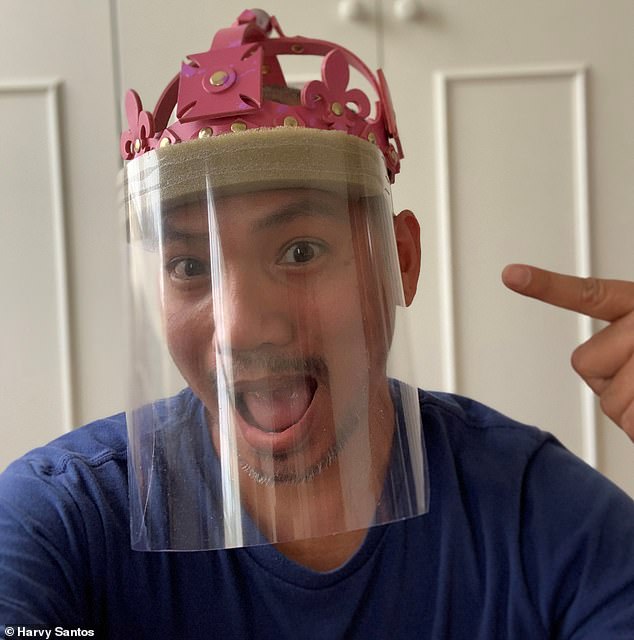 Royal Ascot favourite Harvy Santos is one of the milliner taking part. He is pictured wearing one of the visors he made

According to the campaign, each milliner can produce 100 visors a day.

The visors are made to specifications provided by an NHS medic and form an essential part of the PPE being used by staff across the country. 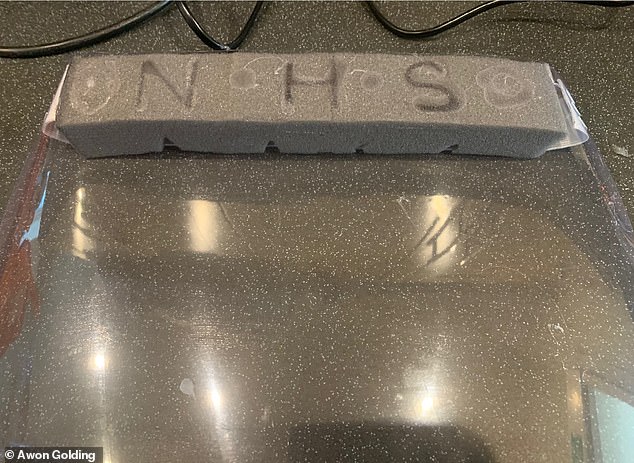 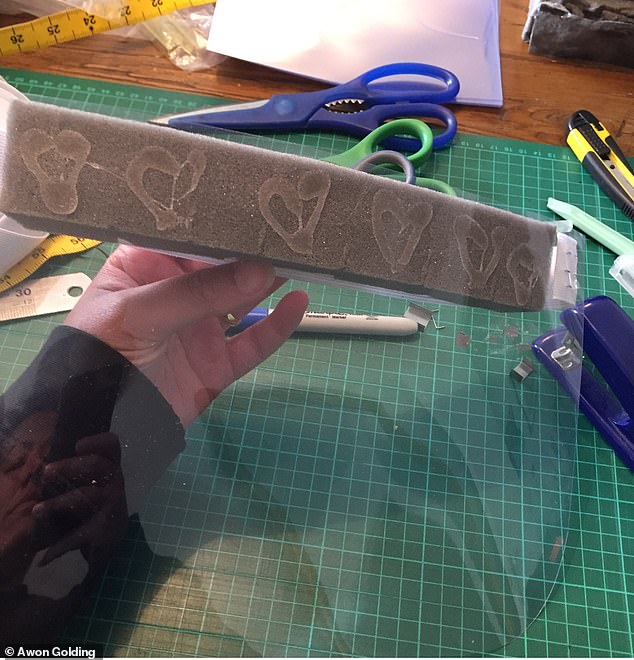 Pictured Awon shows one of the visors she’s made for herself, decorated with hearts. The single use visors comply with the NHS specifications, and were designed by a NHS doctor

Many of the milliners are adding messages of support like ‘thank you’ and ‘heroes’ to the bands of the visors to bring added joy.

The campaign is working hand in hand with the Rosetrees Trust, a private charity which uses entrepreneurial skills to find and fund the best medical research. Together, they’ll insure that all donations go towards making enough visors to make demands.

They also vowed to redirect all donations to other urgent NHS needs in the eventuality that demands for visors should be met.