Plants feel pain too! Chemical engineers at MIT develop system to monitor when plants are distressed by embedding microscopic nanotubes into their leaves

Engineers at MIT have created a new system to monitor plants for signs of distress or physical damage.

When they detect hydrogen peroxide, the nanotubes emit a fluorescent signal that can be detected by infrared cameras connected to a simple $35 Raspberry Pi-based computer system. 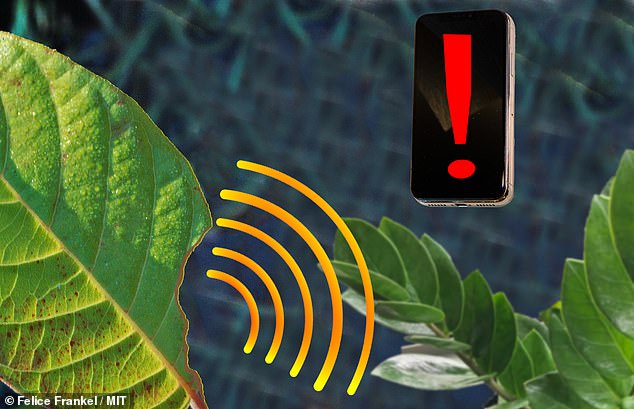 A team of chemical engineers at MIT have developed a system for monitoring plant cells to detect damage, which relies on embedding microscopic nanotubes into plant cells. The nanotubes emit a fluorescent signal when hydrogen peroxide levels rise, indicating damage

The technology could be useful in helping farmers track their crops and send them smartphone alerts if there is any damage or other unusual activity occurring that they might not otherwise catch.

So far Strano and his team have tested the technology on eight plant species, including spinach, strawberry plants, and arugula.

‘Plants have a very sophisticated form of internal communication, which we can now observe for the first time,’ Strano told MIT News.

‘That means that in real-time, we can see a living plant’s response, communicating the specific type of stress that it’s experiencing.’

The idea for the project came to Strano by accident. He had been attempting to use a process called lipid exchange envelop penetration (LEEP) to embed nanoparticles into plant cells and accidentally damaged one of his test plants. 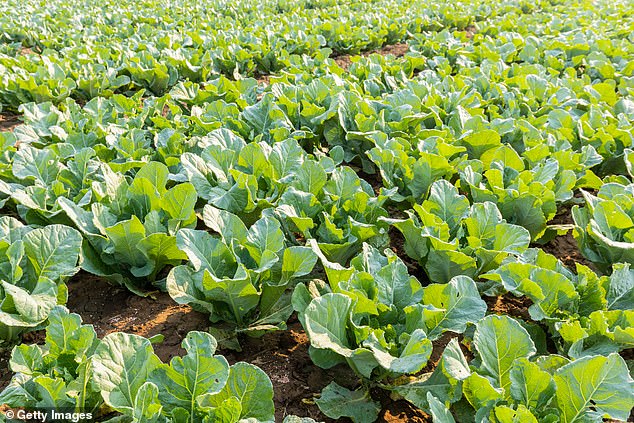 The team has so far tested the nanotube technology on eight different species of plants, including spinach, arugula, and strawberry plants

Strano noticed a surge in hydrogen peroxide around the damaged area of the cells and decided to investigate the role the compound plays in plants.

Plant cells release hydrogen peroxide after being damaged, which causes nearby cells to produce calcium.

That calcium in turn causes more hydrogen peroxide to be produced, which spreads throughout the plant in a wavelike pattern.

‘Like dominos successively falling, this makes a wave that can propagate much further than a hydrogen peroxide puff alone would,’ Strano says.

‘The wave itself is powered by the cells that receive and propagate it.’ 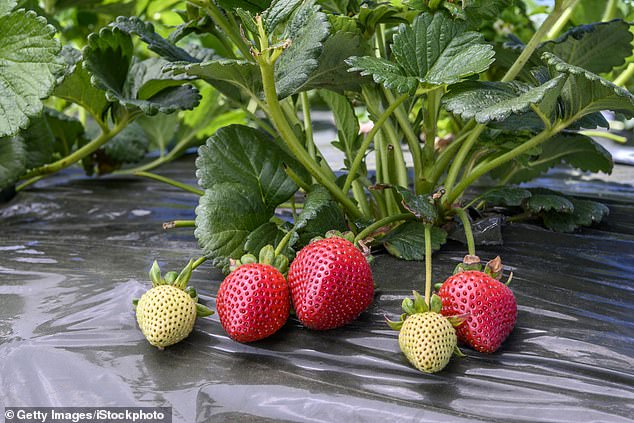 Past research has shown plants emit sound waves after they’ve been damaged, but the new nanotube approach allows researchers to specifically identify the damaged regions and measure the chemical response

As hydrogen peroxide passes through the plant, it generates small metabolites called flavonoids and carotenoids that help repair the damaged cells.

Past research has shown plants respond to damage by releasing ultrasonic sound waves, generally between 20 and 100 kilohertz.

Strano’s approach to monitoring offers the benefit of being able to identify specific areas of damage as well as track the particular chemical response.

‘This waveform holds a lot of information for each species, and even more exciting is that the type of stress on a given plant is encoded in this waveform,’ Strano says.

‘You can look at the real time response that a plant experiences in almost any new environment.’

Another benefit is that it appears to work with a wide range of plant species, which could help with future research into how different plants respond to different forms of damage or distress.

‘One of the things I’m interested in doing is understanding why some types of plants exhibit certain immunity to these pathogens and others don’t,’ Strano said.

HOW DO PLANTS FEEL ‘PAIN’?

When a bug bites down on a plant leaf, the wound triggers the release of calcium.

This sets off a chain reaction in the cells along the plant leaves and stem.

It takes about one to two minutes for the response to reach every part of the plant.

The calcium generates a hormonal response from the plant to protect its leaves.

Some plants release noxious chemicals that makes it taste bad to other invading bugs.

Others, such as grass, give off hormones that attract nearby parasitic wasp, which eat the attacking insects.