NASA is poised for a stunning moon mission after its fuelling test for Artemis 1 proved successful. The test involved technicians loading fuel into the rocket scheduled for a Moon mission on September 27, in the hope of finally getting its prestige rocket off the ground after two failed attempts. This mission will see Artemis 1’s Space Launch System (SLS) blast an Orion capsule on an uncrewed journey into lunar orbit before returning back to NASA’s Kennedy Space Center in Florida.

Launch Director Charlie Blackwell-Thompson said “all of the objectives that we set out to do, we were able to accomplish today”, and added the team successfully “managed” the leak in the 8-inch QD, showing contingency procedures worked.

When asked about the odds of a launch attempt on September 27, she said “we’ll take the data and we’ll go see what it tells us”.

Ms Blackwell-Thompson added: “I’d like the team to have the opportunity to go look at it to see if there are changes we need to make … or if we’re good as is”

NASA encountered some trouble early on Wednesday when the space agency conducted a tanking test to determine if a fuel leak on the Artemis-1 rocket is fixed.

A NASA official told us outlet NBC: “We are in stop flow. For the liquid hydrogen side.

“They did have the detection of a hydrogen leak in the tail service mast umbilical. It’s in the lower portion of the rocket.”

The engineers used a tactic attempted back on September 3, allowing the Quick Disconnect to warm up, prompting the gap and causing the leak to “reseat”.

After lowering the pressure, there was still a slight leak but within safety limits, which allowed the test to continue. 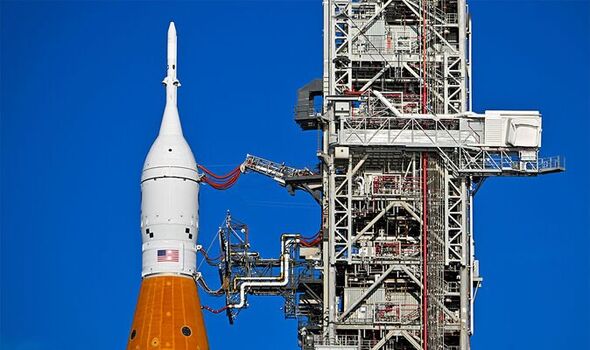 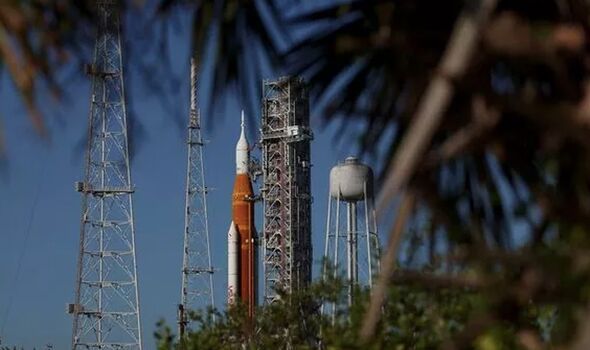 But after a series of setbacks, one due to glitches and another as a result of a liquid hydrogen leak which broke out during the build-up to a planned launch on September 3, NASA needed to perform the fuel test to see if it would safely be ready for a launch the following week.

The Artemis team had since repaired an 8-inch (20-centimeter) hydrogen line and a smaller 4-inch (10-cm) line on the SLS following the leak, and Wednesday’s crucial test was aimed at seeing whether the replacement of two seals at the site of the leak actually worked before launching the Moon mission.

In the latest test, the launch team initially reported that a leak which caused the scrubbed mission on September 3 appeared to happen all over again. Mission control reported that the team was carrying out a similar plan to the one used in the last test failed launch in the hopes of fixing the leak. The experts waited half an hour before restarting flows before testing whether this worked after slamming the breaks.

This may have caused concern for the technicians who tried to fix this persistent leak in the hydrogen fuel line last time, which brought the last launch to a halt after troubleshooting the issue three times. 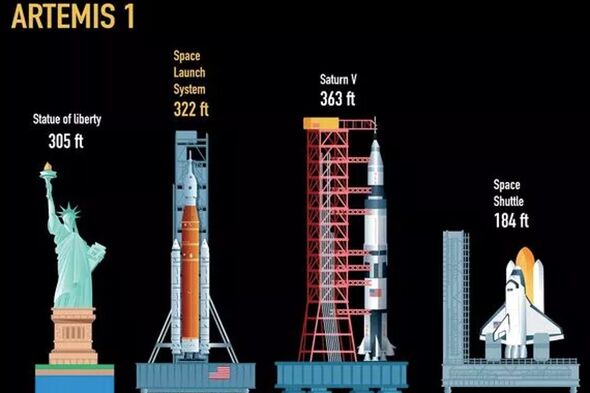 However, the team did not give up hope, and in the latest test troubleshot the issue once again following the reported leak, using a similiar technique to the one used last time, which failed on September 3. It later proved successful, and the team began re-fuelling the rocket.

The issue broke out despite NASA claiming to take a “kinder and gentler” approach during the liquid hydrogen loading process, taking up to 30 minutes longer than usual to fuel the rocket, a process which normally takes around four hours.

John Blevins, NASA’s SLS chief engineer of the Marshall Space Flight Center said ahead of the test: “Ultimately, we’ve mitigated everything that we can think of and we will know in 36 hours or 48 hours or so, how effective those mitigations work.”

The proceeder involved the technicians checking whether the fuel of the core and interim stage of the 322-foot-tall SLS rocket can be successfully fueled with a full super-cooled propellant load of more than 730,000 gallons of liquid hydrogen and oxygen — but neither achievement was reached in the previous launch attempt. 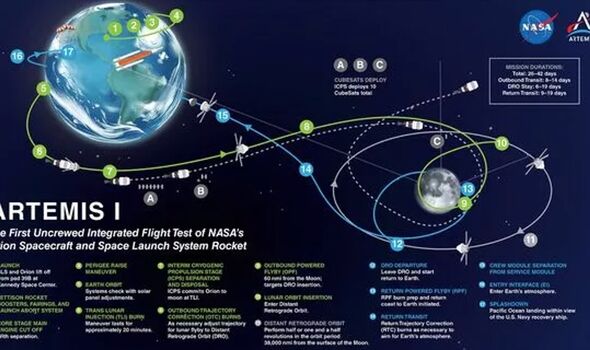 However, the space agency claimed it was taking a “kinder, gentler kind of loading operation” in the latest test following the previous failures.

Tom Whitmeyer, NASA’s deputy associate administrator for Common Exploration Systems Development, told reporters in a teleconference ahead of the launch: ““We’re going to lower the pressure a little bit at the beginning of the chill-down procedures, up through the transition to fast fill, and we think that will really help with the pressure and temperature transitions in the system.”

So that’s why we’re taking the time and the effort to make sure we understand the vehicle.” 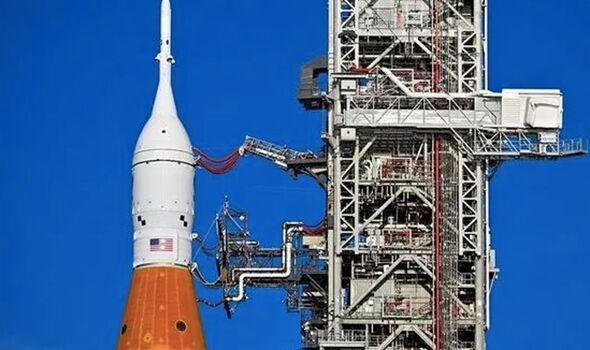 But the hydrogen leak was not the only issue experienced by this rocket. The first attempt at launching Artemis 1 into lunar orbit was aborted after it appeared that one of the rocket’s four main engines was too hot during engine bleed tests. This issue was later traced to a misleading reading from a “bad sensor”.

NASA’s planned launch on September 27 would see the Orion capsule undertake a 40-day mission, returning to Earth on November 5.

Artemis is the most powerful rocket in the world and is designed to one day send humans to deep space. NASA’s rocket was initially scheduled to launch in August 2022.