NASA is investigating a piece of debris that has appeared on the foot of the Ingenuity helicopter during its latest flight through the skies of Mars. The small piece of “foreign object debris” was spotted by the Mars helicopter’s navigation camera (Navcam) on its latest flight — having not been present during the craft’s previous short hop. The US space agency’s jet propulsion laboratory tweeted this morning that the object “eventually came off and did not impact a successful Flight 33.”

In a status update — which included a video clip of the flight — a NASA spokesperson said: “The foreign object debris is seen in Flight 33 Navcam imagery from the earliest frames to approximately halfway through the video.”

At this point, they explained, the object was seen to fall from the rotorcraft’s landing legs and drift back down to the Martian surface.

NASA added: “All telemetry from the flight and a post-flight search and transfer are nominal and show no indication of vehicle damage.

“The Ingenuity and Perseverance Mars 2020 teams are working to discern the source of the debris.” 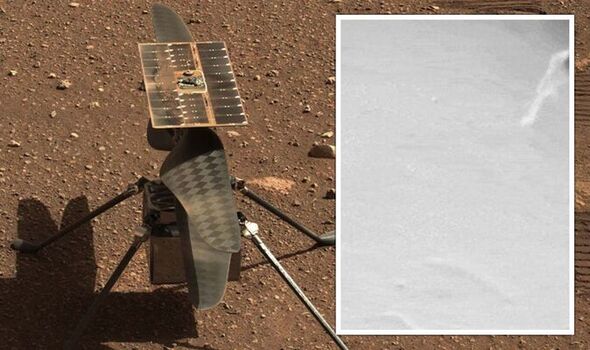 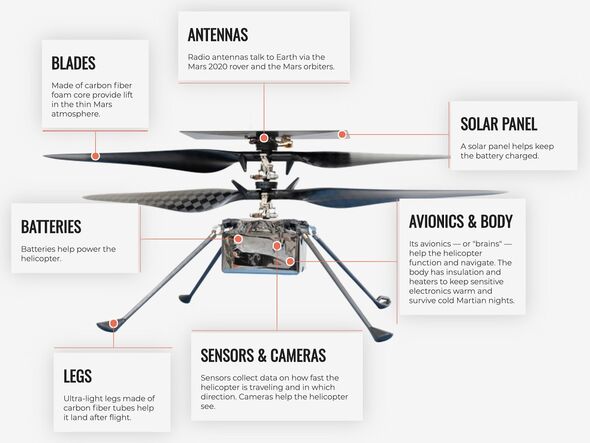 The Ingenuity helicopter was dispatched to Mars with the Perseverance rover back in July 2020, making history with the first powered, controlled extraterrestrial flight in April 2021.

(The first ever flight on a planet beyond Earth was undertaken by an unpowered balloon deployed in the atmosphere of Venus by the Soviet Vega 1 spacecraft back in 1985.)

In a nod to the first successful powered flight here on Earth, NASA officials have dubbed the site of Ingenuit’s first flight on Mars the “Wright Brothers Field”.

And just as Neil Armstrong carried a Wright Flyer artefact to the Moon on the Apollo 11 mission, NASA engineers attached a small piece of cloth from the wing of the historic terrestrial aircraft to a cable beneath the solar panel of its Mars-exploring successor.

It is unclear whether the flapping scrap seen in the new Navcam video may be that very piece of fabric off on a brave new adventure of its own. 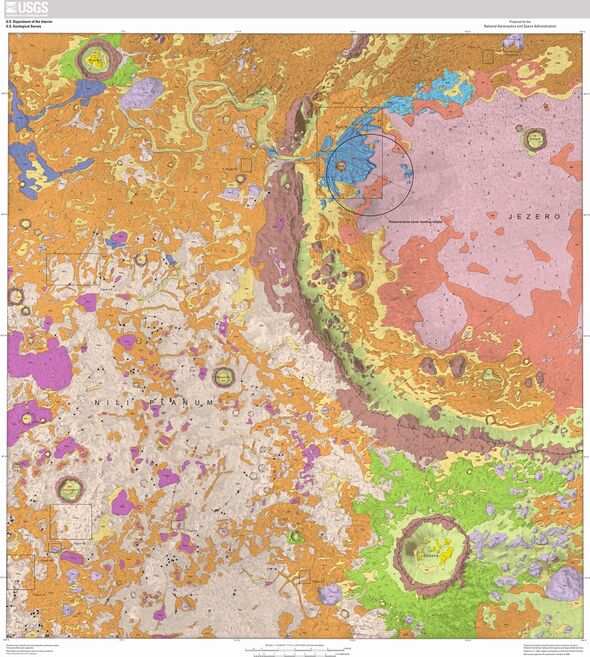 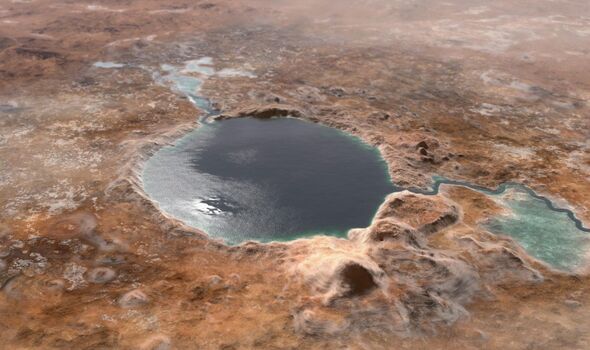 According to NASA, the 4 lbs rotorcraft achieved a height of 33 feet above the surface of Mars, travelling some 365 feet before settling down at its latest landing spot.

The brave little helicopter is helping the Perseverance rover to explore the 28-mile-wide Jezero Crater in Mars’ Syrtis Major quadrangle.

Geologists believe that the sizable impact crater was filled with water in the past — possibly at two different times — and contains a fan-delta deposit rich in clay sediments. 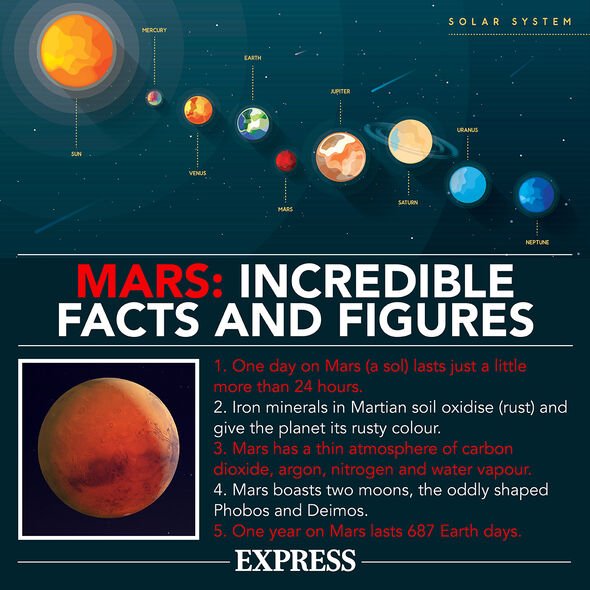 Images taken from the air by the Ingenuity helicopter are helping NASA scientists learn more about geological features on Mars that might be worth investigating in the future.

The same shots are also helping the space agency plan safe routes to get the rover to them.

Alongside this, Ingenuity is also providing a proof-of-concept for the use of rotorcraft in a more active role on Mars in future missions.

A fleet of helicopters, for example, could be used to carry instrument payloads to study the planet from the air.

NASA has already announced that it will be sending two more helicopters to Mars in the near future to help the Perseverance rover carry rock samples back to the sample return rocket for blast-off back to Earth in 2031.