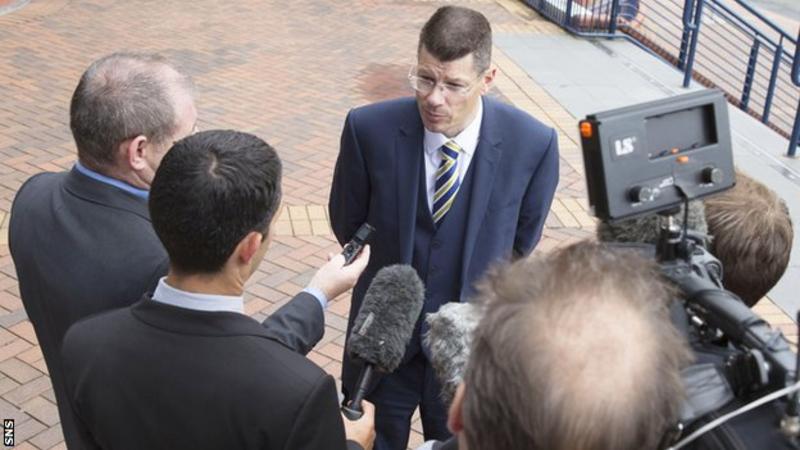 Chief executive Neil Doncaster is “entirely mystified” by what evidence Rangers have against him and the SPFL, and denies any allegations of bullying.

Rangers have said they can prove a “lack of fair play” in April’s SPFL ballot to end the lower leagues and have forced an EGM on 12 May. They also called for Doncaster and SPFL legal adviser Rod McKenzie to be suspended.

“It has been several weeks and we’ve had absolutely no idea what it was that we were supposed to have done wrong,” Doncaster told Sportsound.

“We’ve had all sorts of rumour and innuendo, vague allegations but nothing specific. It’s not even a question of evidence. We don’t even know what the charges are.

“I’m hearing that this alleged dossier of evidence is due to be circulated this week. We look forward to seeing what’s in it because the sooner we can get this dealt with and move on the better.”

Doncaster said he assumed Rangers had something “pretty powerful” given their actions. However, he insisted that nobody had come to the SPFL with any claims of bullying.

“It’s extremely disappointing that these vague allegations are out there with no one actually coming forward and saying ‘I was bullied by someone within the SPFL staff’,” he said.

“I do not believe for a moment that anyone has been bullied by a member of the SPFL staff. Least of all myself.”