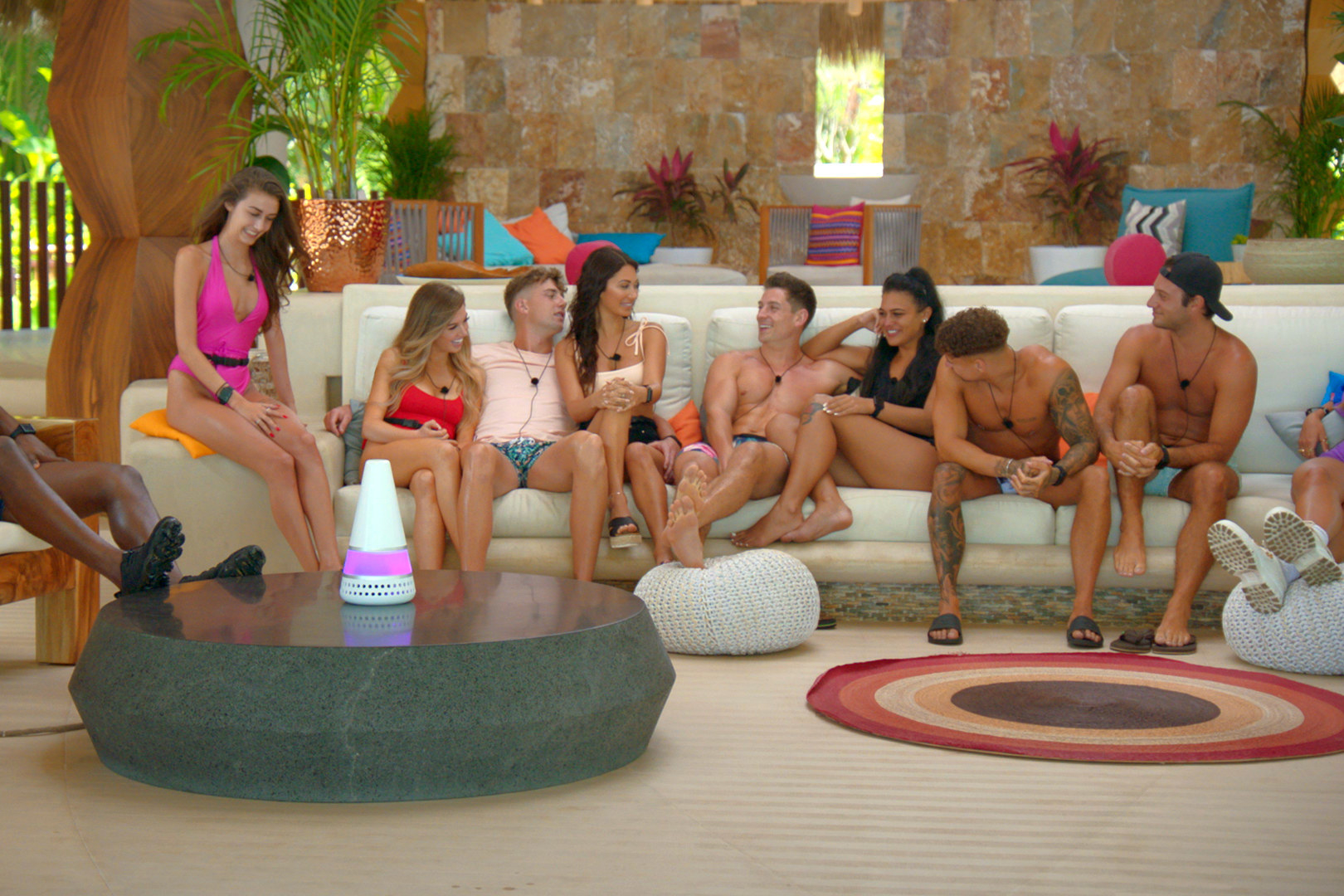 Too Hot to Handle

There’s something ineffable about great reality television. Maybe because the best iterations of the genre often fall under the so-bad-it’s-good category, it’s hard to pin down the exact combination of good and bad required to make the greatest shows pop. You know it when you see it.

Netflix has recently ventured into manufacturing shticky and meme-friendly dating reality shows, like the (ridiculous) runaway hit Love Is Blind. That show is a kind of 90 Day Fiancé with a twist, in which contestants aren’t allowed to see each other before getting engaged, and they decide whether to actually get married (or not) at the end. Too Hot to Handle, the streaming giant’s latest entry, looks and talks more like Love Island, the UK dating show where a group of hot straight people are cloistered in a luxurious vacation house together and try out different couplings before ending up together (or not).

Except here — plot twist — contestants can’t have sex, or even kiss, because they have to focus on getting to know each other. Contestants who make it to the end get to split a $100,000 prize, but until then, the pot gets smaller every time one of them kisses without approval. An Alexa-like cone-shaped device named Lana polices their behavior, and they also wear watches that can greenlight a relationship and allow a couple to kiss. 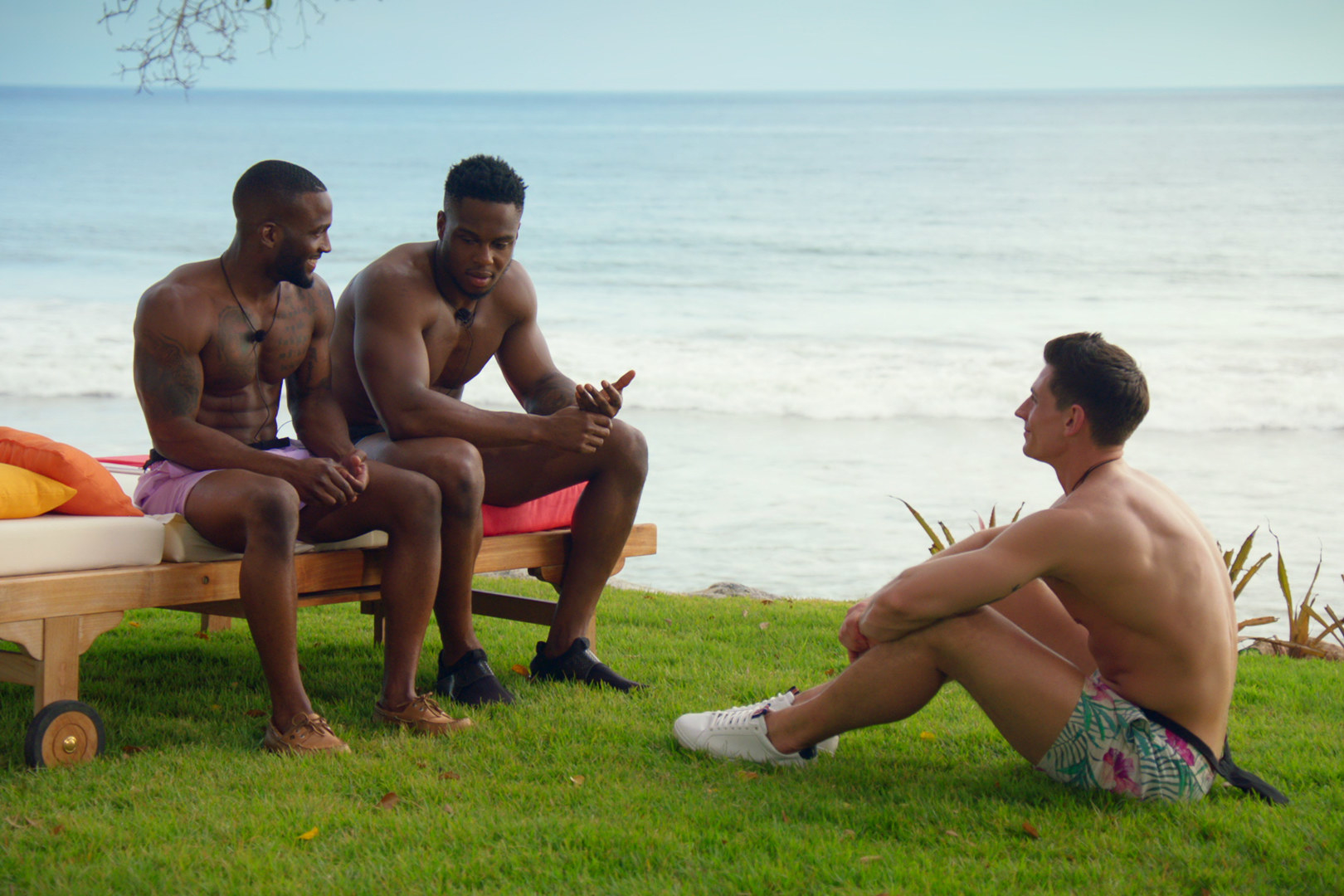 From left: Sharron, Kelz, and David sit and talk in Too Hot to Handle.

As with Love Is Blind, this show’s initial episodes setting up the gambit and introducing us to the characters are the best part. Too Hot to Handle begins with the contestants arriving at their tropical paradise and introducing themselves in confessionals as they mingle and size each other up.

Some of the cast standouts are Sharron (my favorite), a black personal trainer who calls himself a feminist but also admits to taking women’s studies classes to help him attract women. (He also gives us crucial personal information, such as the claim that his penis photographs well next to an air freshener can.) There’s also Francesca, an Instagram model with hundreds of thousands of followers who tells us she doesn’t have to work hard to get guys, and Matthew, who calls himself a deep thinker because he questions monogamy.

As far as dating shows go, the cast is standard-issue Instagram-hot and fun to watch as they bask in their sexy paradise. That is, until Lana breaks the news that they aren’t allowed to have sex. It’s a premise that seems like the perfect setup to create interesting alliances or inspire petty squabbles, what with all the anxiety and pent-up pressure. Except, over the course of eight episodes, it never really pays off.

The first inklings of discord come when the aforementioned Francesca and a tall twentysomething Australian named Harry break the rules by kissing. When we first meet Harry, he tells us he has a “boyfriend penis,” meaning he’s a kind of penile Goldilocks, neither too big nor too small — just right to entice a woman into becoming his girlfriend. The pair must confess to the group that they kissed, thus chipping away at the prize money, and Francesca gets upset because Harry tells everyone she kissed him first.

When the group turns against Francesca and the friend who sticks up for her, sorority girl Haley, the two women (spoiler alert) decide to kiss to take revenge on the group. They lie about it, and it’s supposed to be suspenseful to see them attempt to keep it secret, but it’s not. The stakes simply aren’t high enough, because there’s no real consequence beyond the slight shrinkage of the prize money — no being voted off the island. The group’s opprobrium feels vague and impersonal.

As might be obvious to any habitual watcher of the Bachelor franchise, sometimes the most interesting reality drama occurs among the men, who often get into ego-contest hijinks when left to their own devices. Kelz, a hot football player who believes pursuing women gives them the upper hand, admonishes Harry when he kisses Francesca. “You’re like a puppy, right?” he explains. “And now she’s house trained you to sit.”

Kelz himself becomes interested in Francesca, who dumps him for Harry — which leads to a promising confrontation where Kelz explains he’s in a different league. But Kelz’s ego has no one to deflate it since Harry doesn’t take the bait, making for limp drama.

If this sounds like things start to get too dramatic — they don’t, at all. When the men and women are sent on separate retreats to heal themselves from all the strife, the men attend a get-in-touch-with-your-feelings workshop, during which they have to write out and share their vulnerabilities and rub mud on each other. (I’m sure there’ll be memes.)

Some of the guys do open up. Kelz talks about his difficulty with letting his guard down, and Sharron admits he has trouble trusting people outside his family. Some of them even tear up. Meanwhile, the women have to examine their vaginas in a mirror and then paint a shrine to represent their personal relationship to them. Some are obvious: a heart, a unicorn, a cat, a globe. One draws a butterfly with a condom, an intriguing combination of the metaphorical and the real. Some of the guys learn to bring their walls down, and some don’t; some of the women are empowered, and some aren’t. 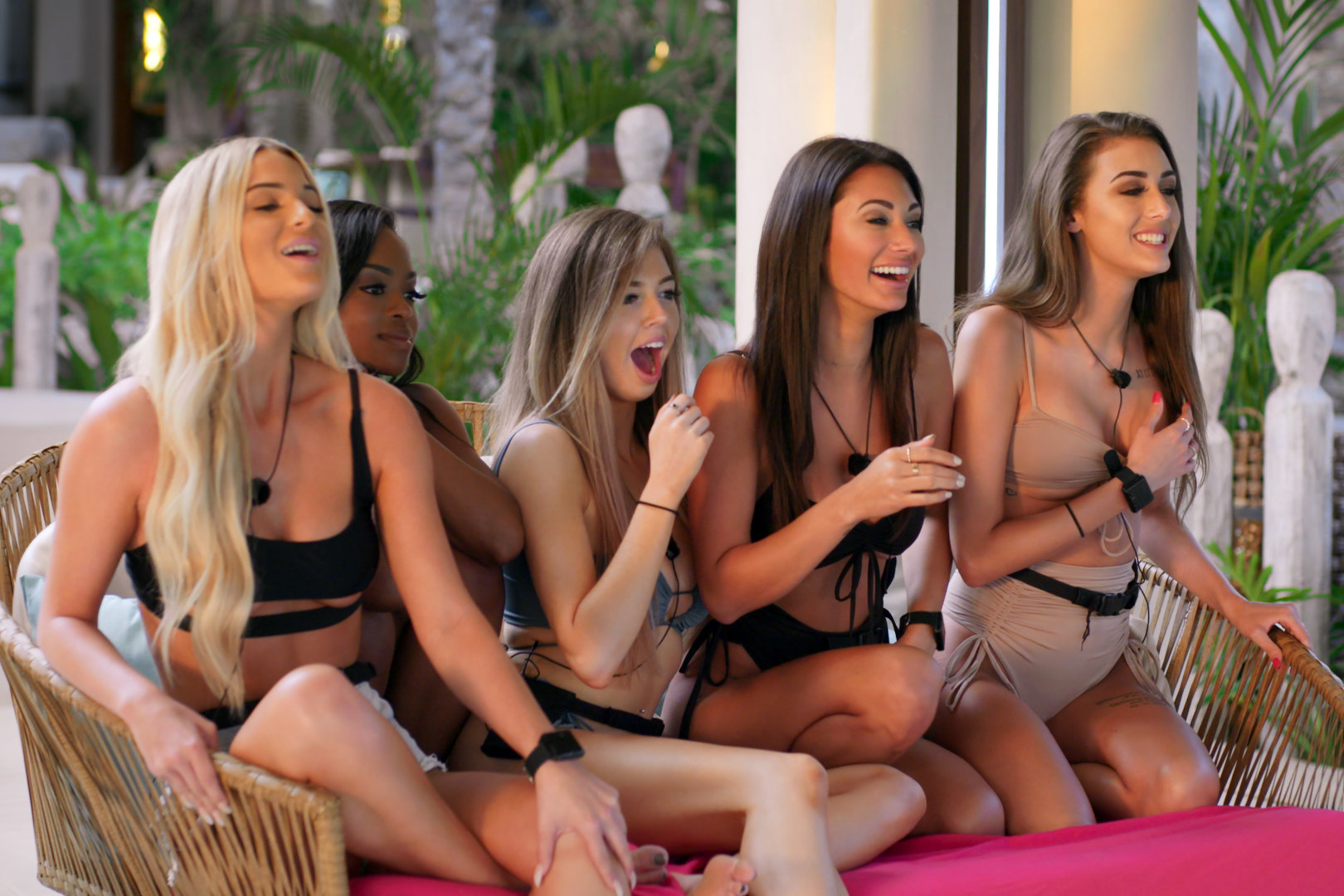 The ladies of Too Hot to Handle, from left: Haley, Rhonda, Nicole, Francesca, and Chloe.

Halfway through the social experiment, the show (and castmates) begins leaning into the idea that it’s a kind of reformatory for monogamous heterosexuality, in which the contestants have to reconsider their relationship to sex. Had this been made explicit from the beginning, it could have made a great show, not unlike MTV’s Are You the One?, where the mix-and-match shtick was used to explore queer dating and relationships. But unlike Love Island, which has reams of couples and months’ worth of footage to edit drama from, this show is so short that there’s just not enough material to make it compelling. Instead, it relies on a Love Island–style narrator on steroids (who never stops talking) to fill in the blanks.

Despite Netflix being synonymous with binge-watching, Too Hot to Handle is actually the opposite of bingeable. It isn’t dramatic enough to keep you interested from one episode to the next in the way of traditional serial network dating shows like The Bachelor, nor is it rich enough to work as stand-alone episode vignettes, like Dating Around. Instead, like Love Is Blind, it seems designed to get people hooked with an intriguing setup and scenes that will inspire social media chatter, even if the actual drama peters out as the shows progress. At one point, the narrator says, “Come on, you’re ending the episode there?” as if she’s a stand-in for viewers, but I wanted to scream “Speak for yourself!!”

The rules to the show are so weird and shifting that it seems as if they’re being made up along the way, and not in a fun way. At one point, two of the villains — I use the term loosely; they’re barely built up as such — get kicked out, and a faux-deep, man-bunned mansplainer exiles himself from the show.

I’m not going to spoil the ending, how much money is left in the pot, who wins it, or which couples end up together. But frankly, the stakes were so low by the finale that it was hard for me to even care. Self-exiling seemed like a reasonable response. ●