Jackpot CEO Akshay Khanna reveals how the startup plans to disrupt the $100 billion lottery market on ‘The Claman Countdown.’

A man in North Carolina discovered he won a lottery drawing after he found a month-old lottery ticket inside his truck.

Kenneth Kiriazes, a 64-year-old resident of Zebulon, purchased a $2 Quick Pick ticket for the Aug. 23 Lucky for Life drawing, but he only recently learned that he was a winner, according to a press release issued by the North Carolina Education Lottery.

Kiriazes reportedly found his winning ticket on Sunday, Sept. 18. It had been 26 days since he purchased the ticket from the Swift Mart on Marshburn Road, which is located in Wendell –  a town in Wake County.

"I did that happy dance," Kiriazes told the NC Education Lottery. "Something like this is a blessing."

He added that he was "stunned" when he learned that he won the Lucky for Life drawing and had trouble sleeping that night.

Kiriazes claimed his prize at the NC Education Lottery headquarters in Raleigh on Monday, according to the news release.

While the giant novelty check Kiriazes was awarded says he won "$25,000 a Year for Life," the NC Education Lottery reported that he opted to take the $390,000 lump sum payout instead of the annuity payout. 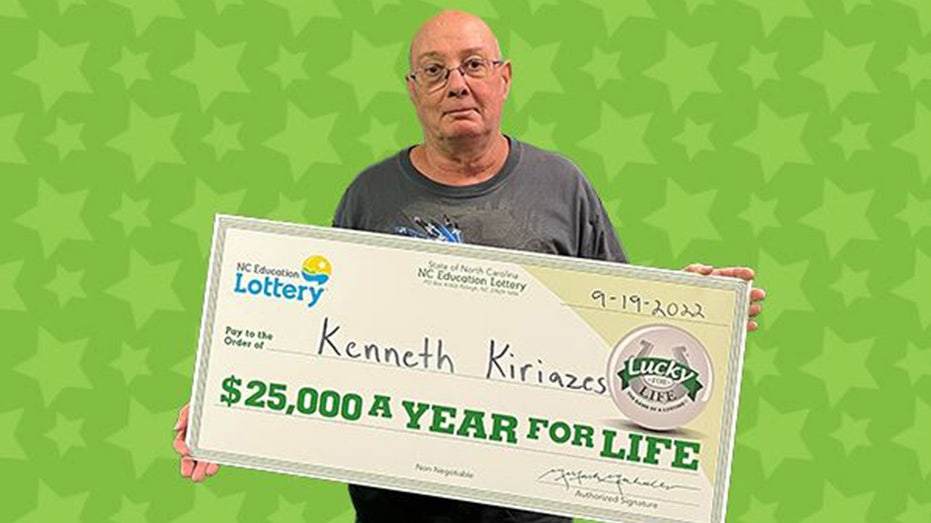 After federal and state tax withholdings, Kiriazes walked away with $276,990, according to the lottery board.

HOW TO UP YOUR CHANCES OF WINNING THE LOTTERY

To celebrate his win, Kiriazes is planning to use some of his money on a fishing trip in Key West. He also wants to build a new rear deck on his home.

The NC Education Lottery is a state-run lottery board. It was established in August 2005 through the North Carolina State Lottery Act and the Appropriations Act, according to the lottery's published timeline.