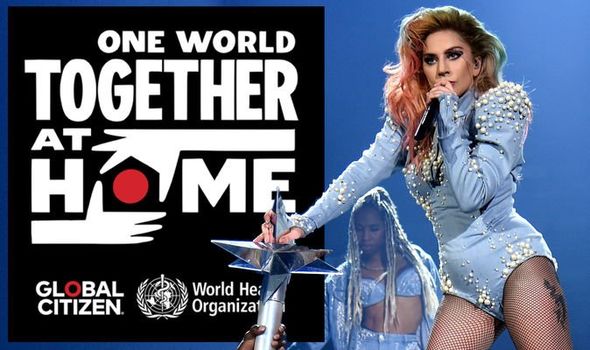 Tonight sees the One World: Together At Home online concert take place. Organised by Grammy award-winning pop superstar Lady Gaga, the Live Aid-style gig will unite the talents of dozens of music and comedy acts – streamed to millions of people worldwide in a bid to raise awareness of the steps individuals can take to stop the spread of the novel coronavirus gripping the globe.

In a nutshell, the event will be part-public health broadcast, part-concert. Experts will address the latest guidelines, politicians will host talks about the pandemic and the impact on society. And then Cold Play will rock-up and play a few songs from their new album.

On its official website, the online concert claims: “One World: Together At Home is a historic, cross-platform global special that will celebrate and support healthcare workers and others on the frontlines, and the World Health Organisation (WHO) as they lead the fight against the COVID-19 pandemic. The broadcast will include leading global health experts alongside exciting performances by the world’s top artists and comedians.”

A number of high-profile corporate partners have already pledged support to the concert. These contributions from the likes of Pepsi, Cisco, Coca Cola, GSK, IBM, Johnson and Johnson, Vodafone, Target, and others, will go towards the WHO’s Solidarity Response Fund to support and equip healthcare workers around the world.

According to the team behind the One World: Together At Home concert, “WHO is best positioned to lead and coordinate the global response across all 194 nation states. As of last week, WHO has shipped 2 million pieces of critical PPE and supplies to 68 countries worldwide, ensuring the poorest countries have the resources needed to tackle COVID-19.”

There will also be celebrity performances from David and Victoria Beckham, Amy Poehler, Lewis Hamilton, Oprah, and Samuel L. Jackson. Even the stars of Sesame Street are scheduled to drop-in and make an appearance. Needless to say, this is a line-up with some serious star power.

‘One World: Together at Home’: How to watch online

The gig kickstarts in the United States from 8pm Eastern Time (5pm PT) to 10pm (7pm PT) and will air on channels NBC, CBS and ABC. In the UK, that time equates to 1am on Sunday morning. So, needless to say most people won’t be watching the event as it goes out in the US.

The BBC will be broadcasting the event – just as the US networks did the night before – from 7pm to 9pm on Sunday April 19, 2020.

However, the event won’t only be available through traditional terrestrial means.

Clearly, the television broadcasts are going to be heavily edited down. So, if you want to make sure you see everyone in their entirety, then you’ll want to watch online.