It can be hard to find the perfect item while online shopping, and customers from around the world have proved just that by sharing a selection of the most ridiculous items they found up for sale while browsing.

The bizarre snaps, collated in a gallery by Bored Panda , included bizarre Harry Potter toy decorated with teeth and a $600 human-sized squirrel sculpture.

Meanwhile among the other unusual items were a $20 dolls head which was discovered by the seller while they were out on a hike.

Here, FEMAIL shares some of the highly priced items for sale that left baffled people asking who on earth would splash out on them. 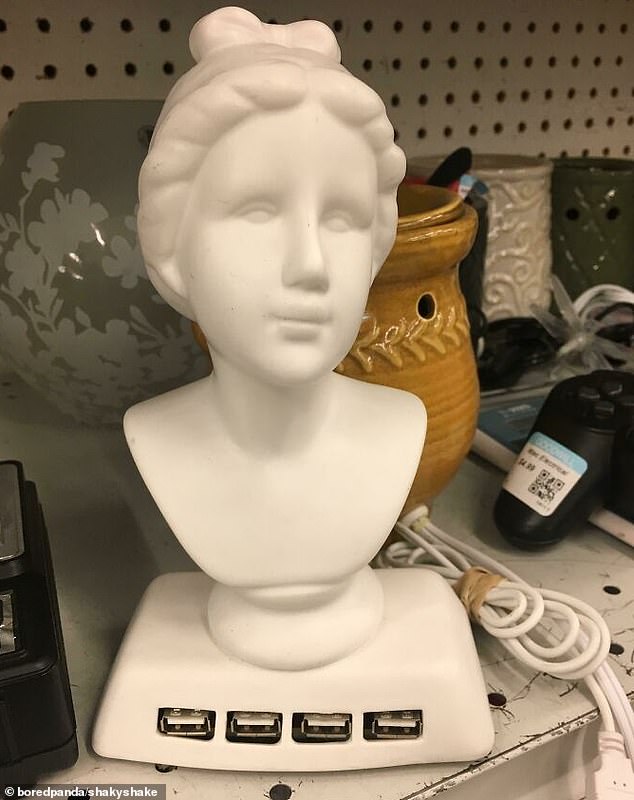 Shoppers from around the world have been sharing a selection of the most ridiculous items they found up for sale while browsing (pictured, one person, believed to be from the US, was left baffled by this USB port in the shape of a bust) 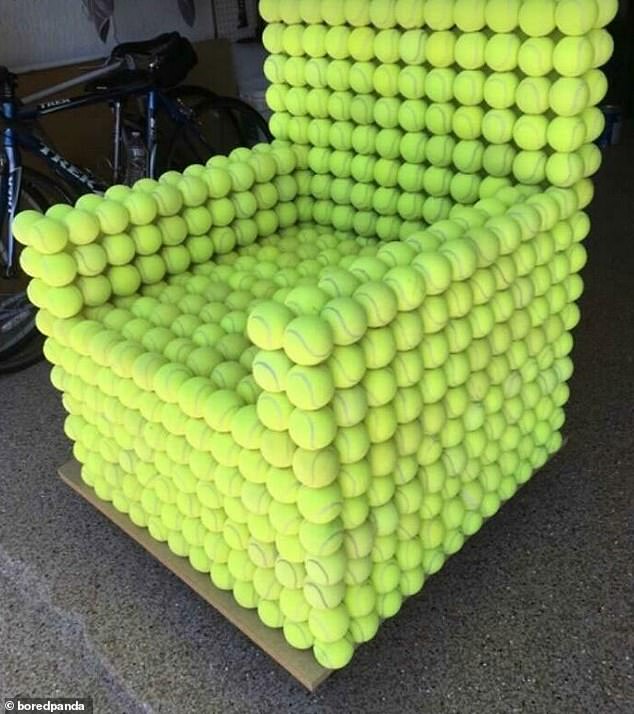 Anyone for tennis? Another American shopper was stunned to see a chair made entirely from balls for sale on Facebook for $200 (£143) 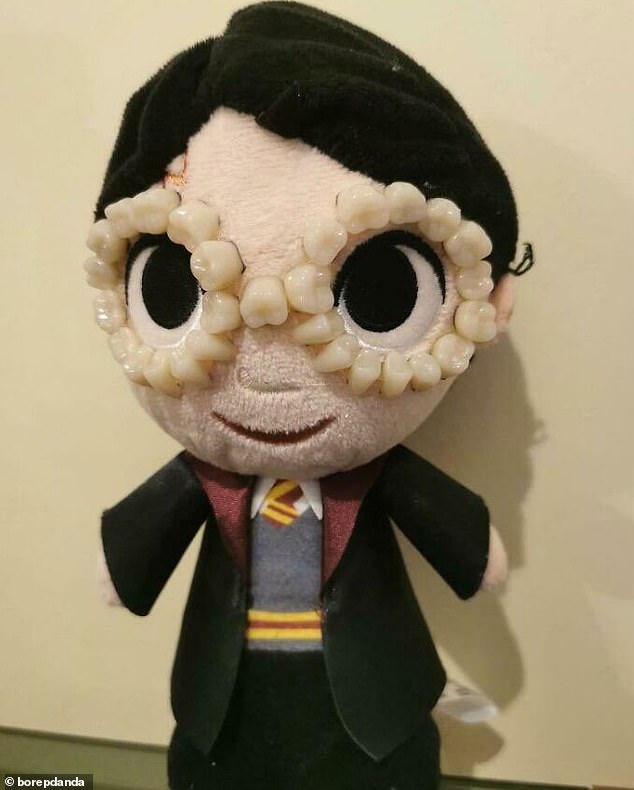 Should have gone to Specsavers! One Scottish seller left many stunned when they shared this unusual Harry Potter doll, customised with added glasses apparently made from human teeth 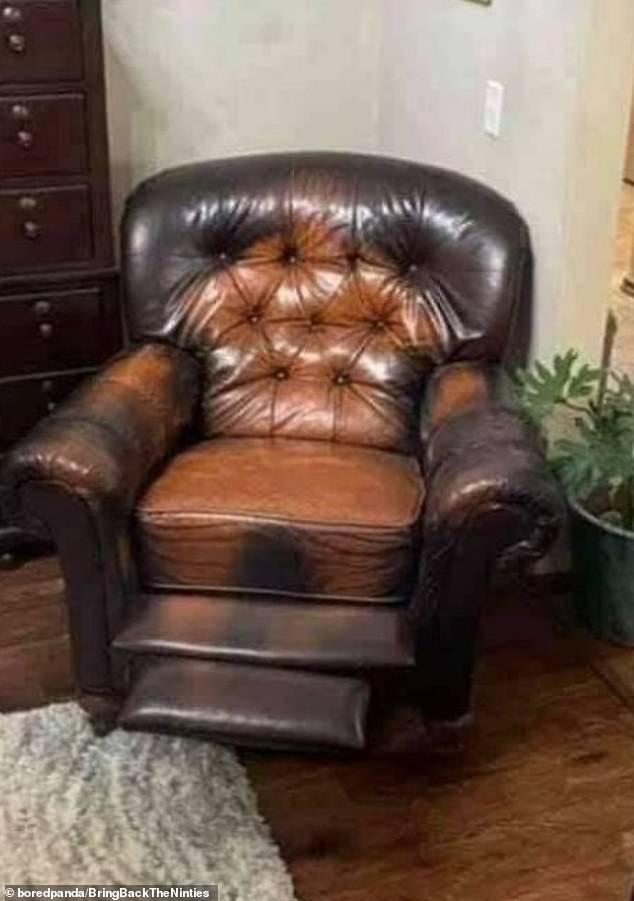 One American seller attempted to sell this old, discoloured chair for a whopping $700 (£500) on Facebook 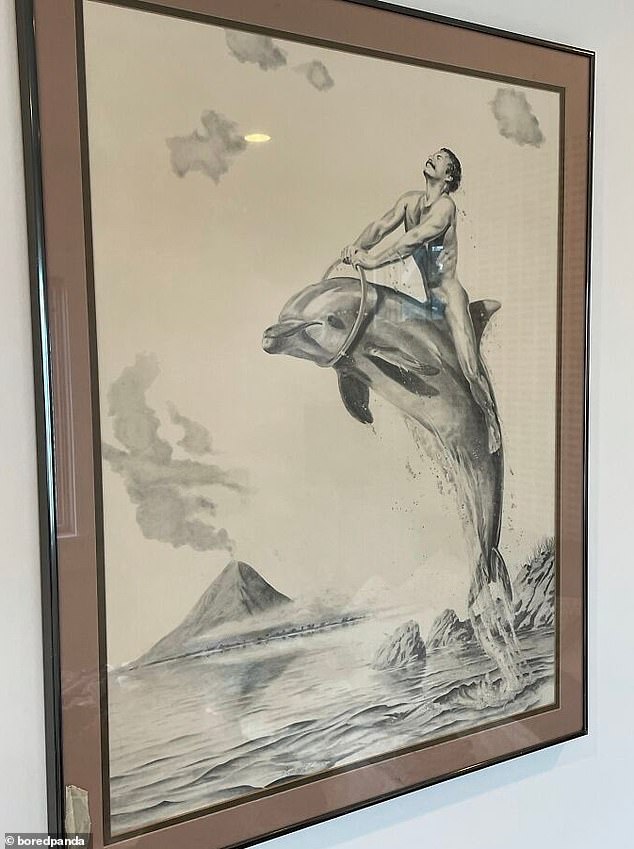 Practically giving it away! Another person, whose location is unknown, said they had been taken aback to see the unusual portrait of a naked man riding a dolphin for sale outside their office 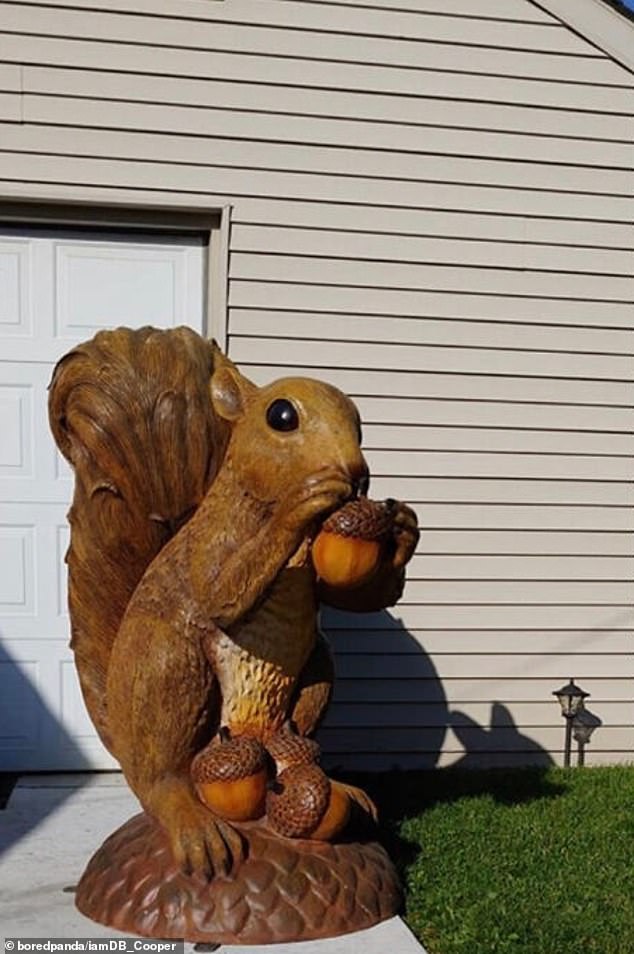 Fancy a nut? One American seller left many baffled after advertising the sale of this huge 5 foot tall squirrel for $600 (£430) online 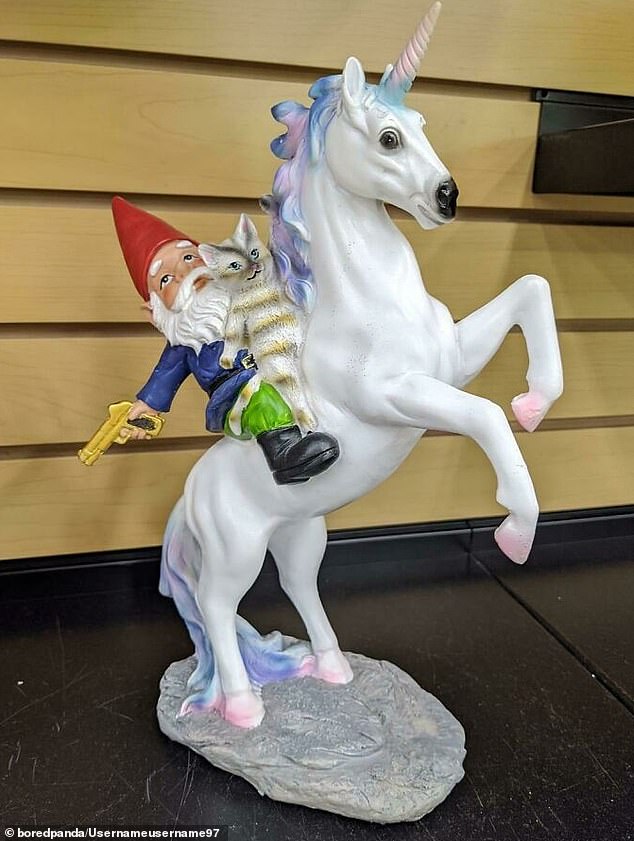 Yee-haw! Another unusual product discovered for sale online by a person in an unknown location showed a gnome riding a unicorn accompanied by a kitten 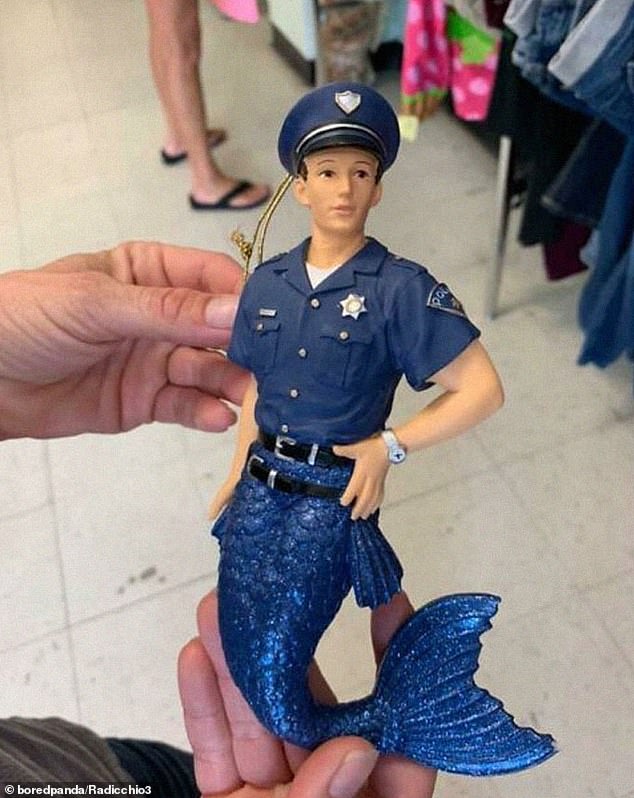 An unusual cross-over! Another shopper, in an  unknown location, uncovered this bizarre policeman vs mermaid Christmas decoration 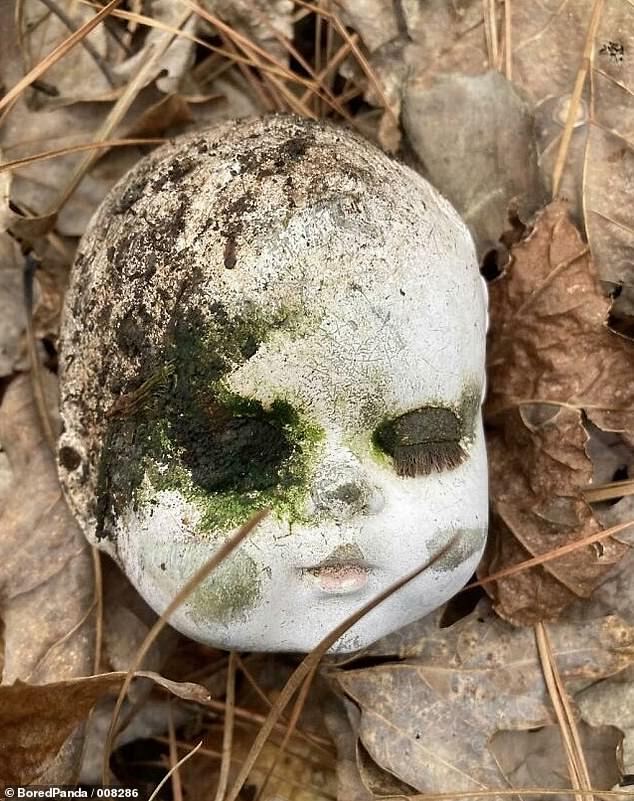 Apparently there’s a market for these! One walker, from America, attempted to sell an old dolls head he discovered while on a hike on Facebook for $20 (£15) (pictured) 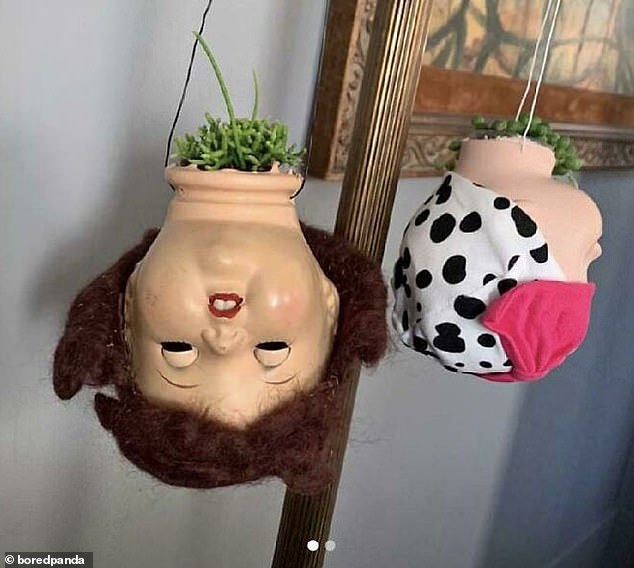 These succulent planters are far from the norm! Another person, in an unknown location, discovered these hanging planters listed for $30 (£20) each 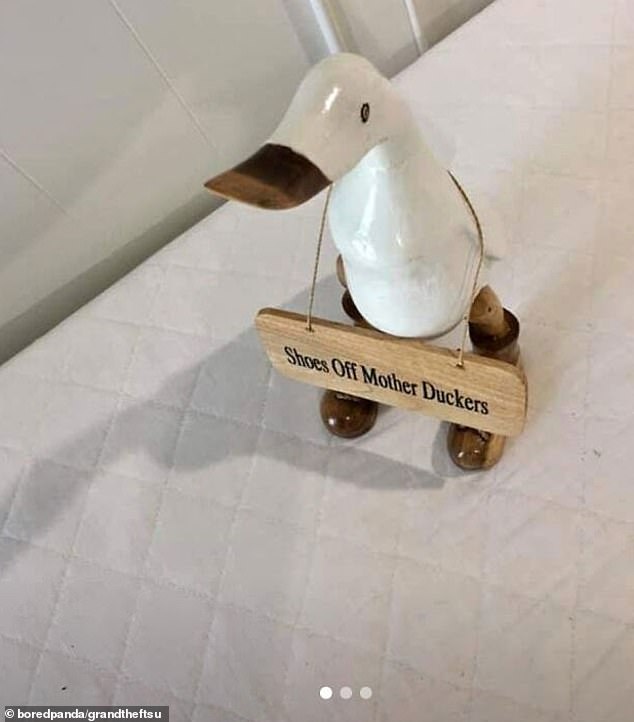 His quack is worse than his bite! Another shopper was surprised to find a fiesty duck sculpture for sale on Facebook 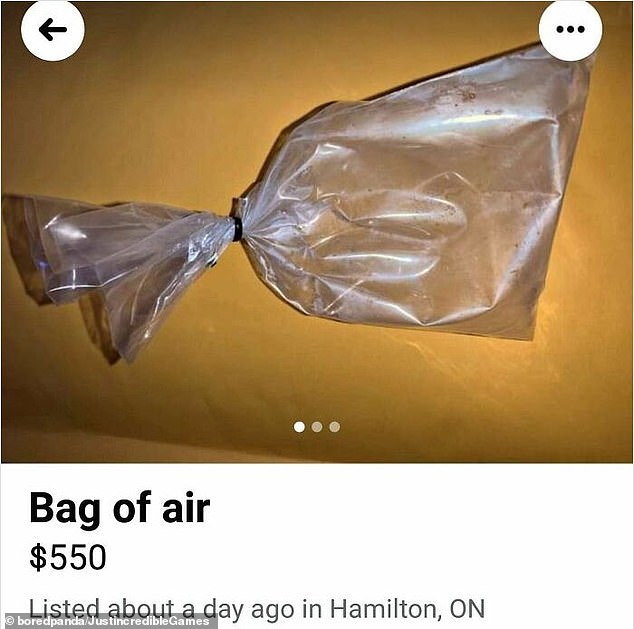 What a load of hot air! Another person, from the US, listed an empty bag on Facebook marketplace for an incredible $550 (£395) 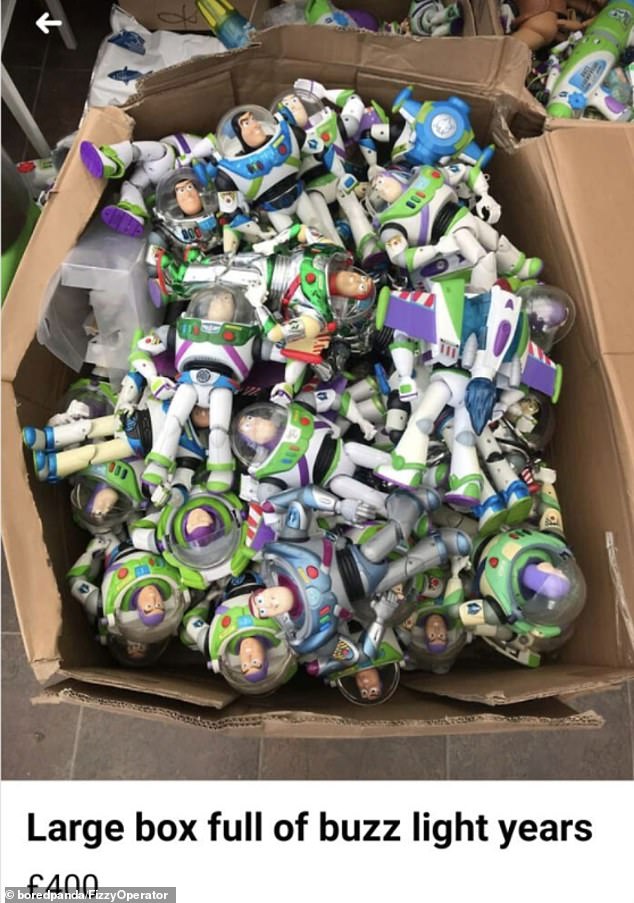 To infinity and beyond! Another shopper was amused after stumbling across a large box of Buzz Lightyear toys selling on Facebook