CRISTIANO RONALDO dragged Portugal back off the ropes to keep their Euros title defence alive.

But VAR and Spanish referee Antonio Lahoz did their best to upstage the tournament’s biggest star as Group F drew to a thrilling close. 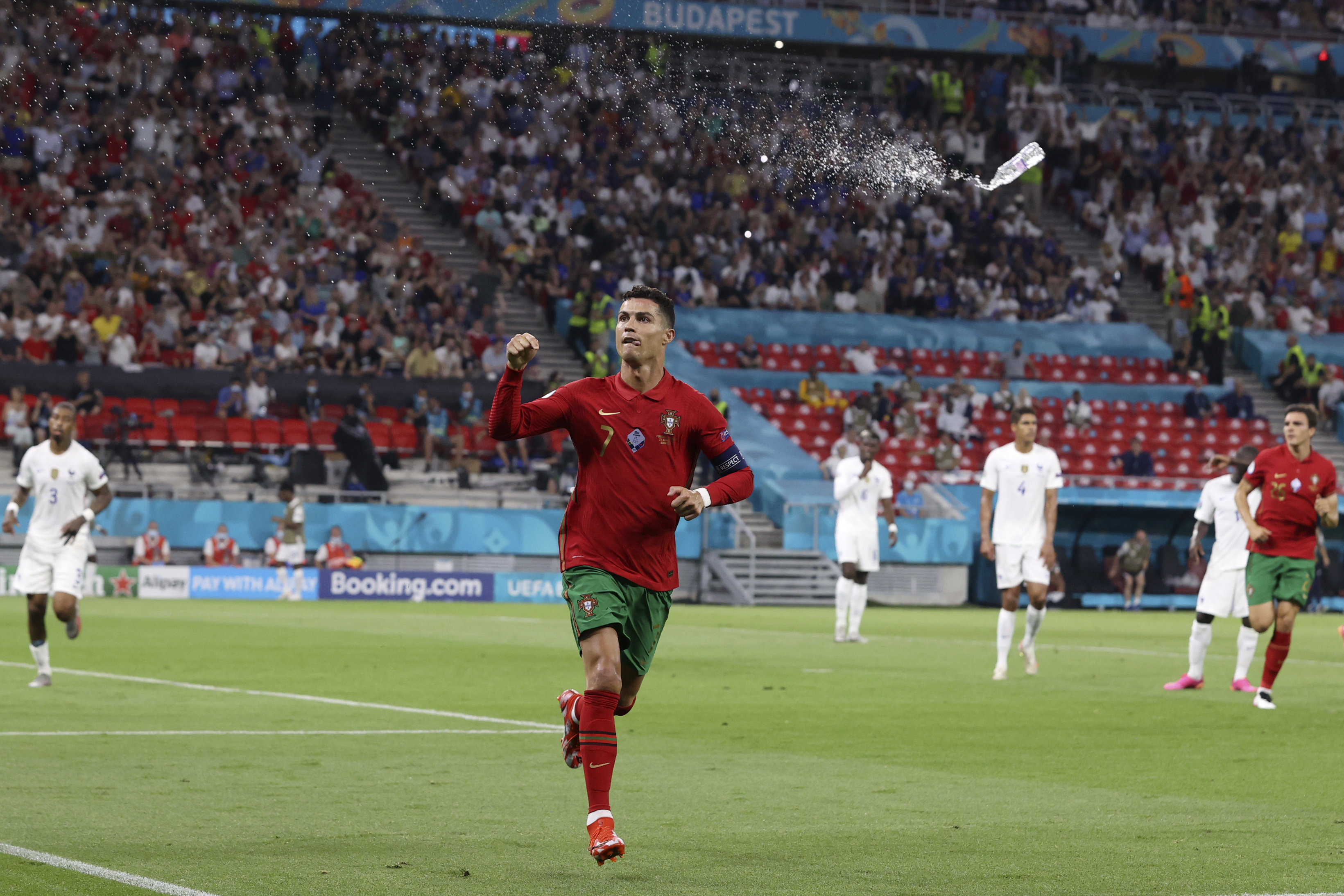 Ronaldo scored a penalty in each half and lucky he did for at one point Portugal were heading home on a night of twists and turns.

It was a battle for the knockout stage in every sense.

Tottenham’s French keeper Hugo Lloris kicked it all off by flooring midfielder Danilo with the sort of punch Anthony Joshua would be proud to call his own.

It became the first of three penalties – two of which were highly debatable – and a classy goal from France veteran Karim Benzema which was initially ruled out for offside, only for VAR to overturn the decision.

Once the whistles finally blew in the two simultaneous matches, Portugal scraped through to the last 16.

It is only now that the tournament gets really serious but the Euro 2016 title holders must already feel like they have sweated enough to keep their hands on the trophy.

All the while France could swagger around safe in the knowledge that come what may they had already qualified.

And for the first 25 minutes it looked as if the reigning world champions would draw the sting out of any threat and ease this match through from start to finish. 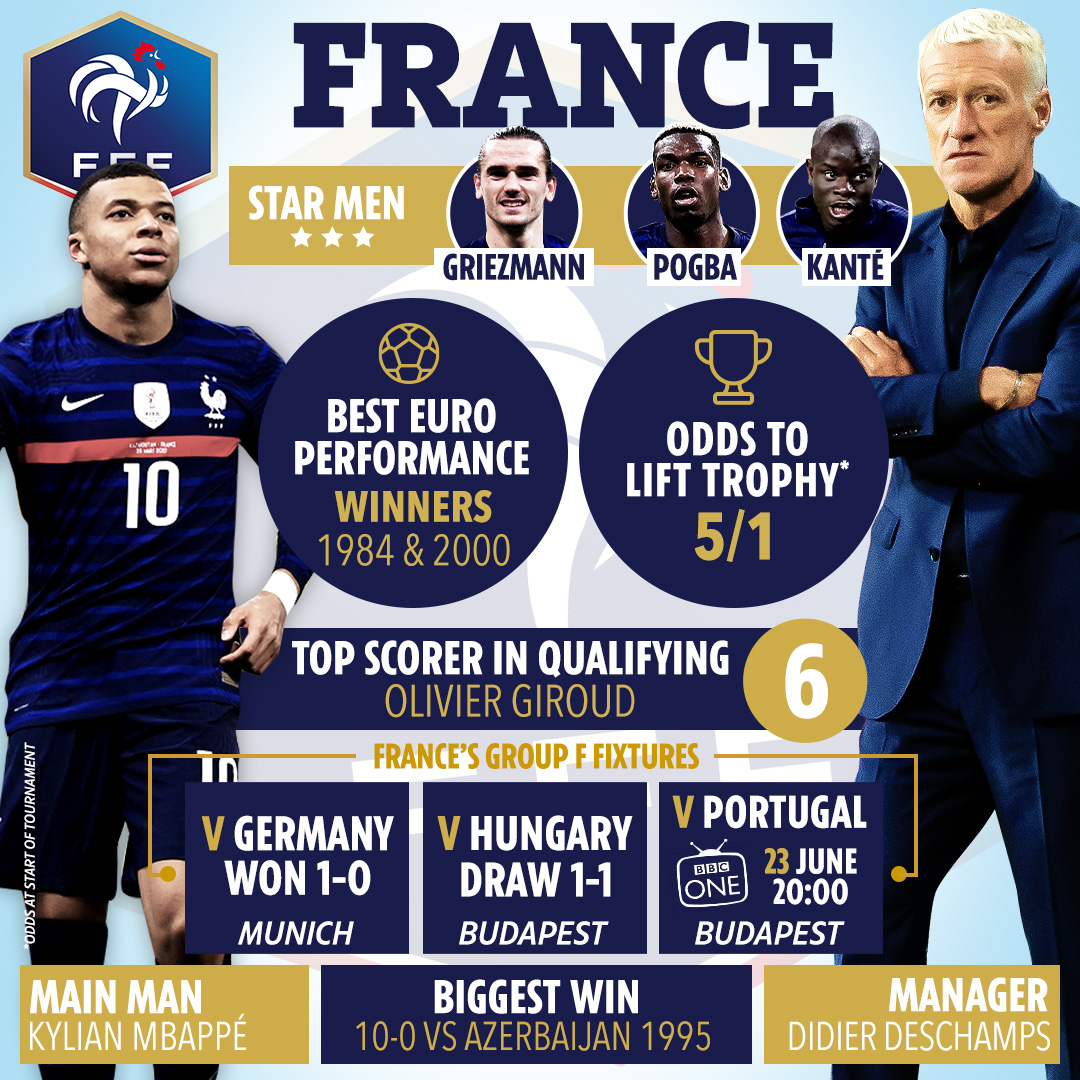 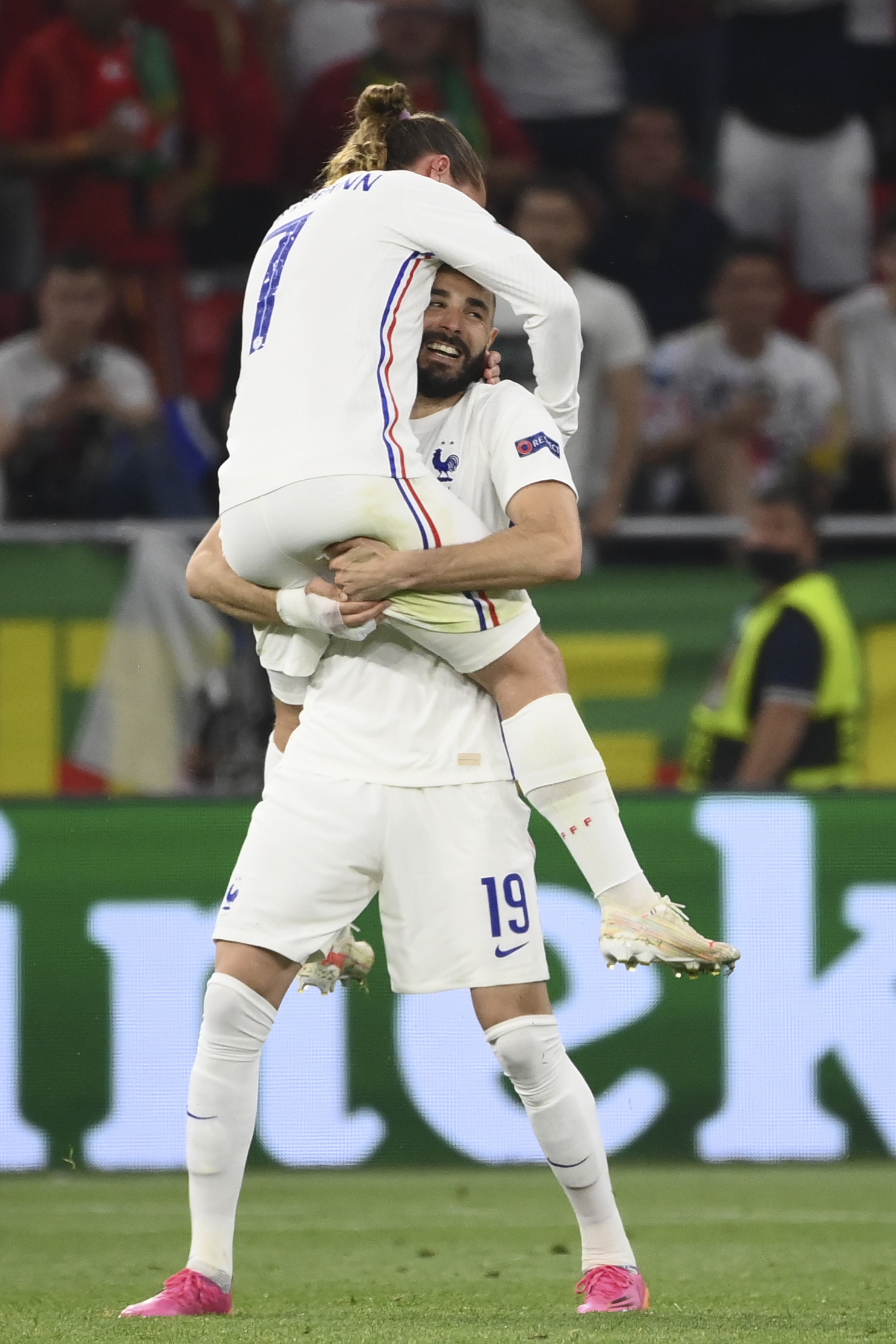 But France captain Lloris tossed that plan into the air by launching himself horizontal in mid-air as a free kick from Joao Moutinho was propelled into the box.

The next sight was giant Portuguese midfielder Danilo lying prone on the deck having taken a mighty right hook square on the jaw.

VAR gave the ref the nod and as a rather sore and dazed Danilo weaved his way off the pitch, clutching an ice pack to his face, his captain Ronaldo was already placing the ball on the spot.

As he gets older, the world’s most remarkable, ageless football gets ever more determined to succeed and break new ground.

His first goal against France in seven games also made him the most prolific European goalscorer at major tournaments, overtaking Germany legend Miroslav Klose to move onto 20.

Lloris claimed Danilo had got to the ball first and that he was merely following through as he wiped out the much bigger man.

But VAR backed up the ref who, 16 minutes later, was at the centre of the drama again when he gave France a way back into the match with a penalty decision that he will look back on with embarrassment in years to come.

Kylian Mbappe clearly went looking for it as he clattered to the ground under the slightest brush from Portugal defender Nelson Semedo.

Yet the video analysts at VAR central again stuck by their man in the face of fierce protests. Karim Benzema tucked away from the spot two minutes into first half injury time.

It was Benzema’s first goal of Euro 2020 and his first successful spot kick in four attempts.

Benzema then put France 2-1 up and it was only fitting that his clinical strike had to be argued over for offside by VAR before being granted.

At that point Portugal were heading out, bottom of the group with Ronaldo’s dream and his country’s ambitions in tatters.

But as happens so often in top level sport, when the need is greatest, the greatest step up and Ronaldo has never shied away from hogging the limelight.

It was his cross from the by-line which flicked against the hand of France defender Joules Kounde for the third penalty of the game.

The least controversial of them all, Ronaldo drilled home his second of the game for his 109th international goal.

Lloris clearly believed a player as grand as Ronaldo would not put it in the same place and ended up diving the wrong way as Portugal came roaring back at two each.

Germany’s draw against Hungary in Munich had the final say and allowed both of these teams to draw breath and go through.