Making adjustments! Gigi Hadid whipped up a plate of pasta with vodka sauce, but the model, who is expecting her first child with boyfriend Zayn Malik, made one key change to the dish.

Hadid, 25, shared her “yummy + easy” spicy vodka sauce recipe on her Instagram Stories on Wednesday, April 29, and at the start of her cooking tutorial, she made one important clarification, writing, “But have no vodka … so without, but still goooood.” While the alcohol would have cooked off during the cooking process anyway, it’s notable that Hadid skipped this step in light of her impending arrival. 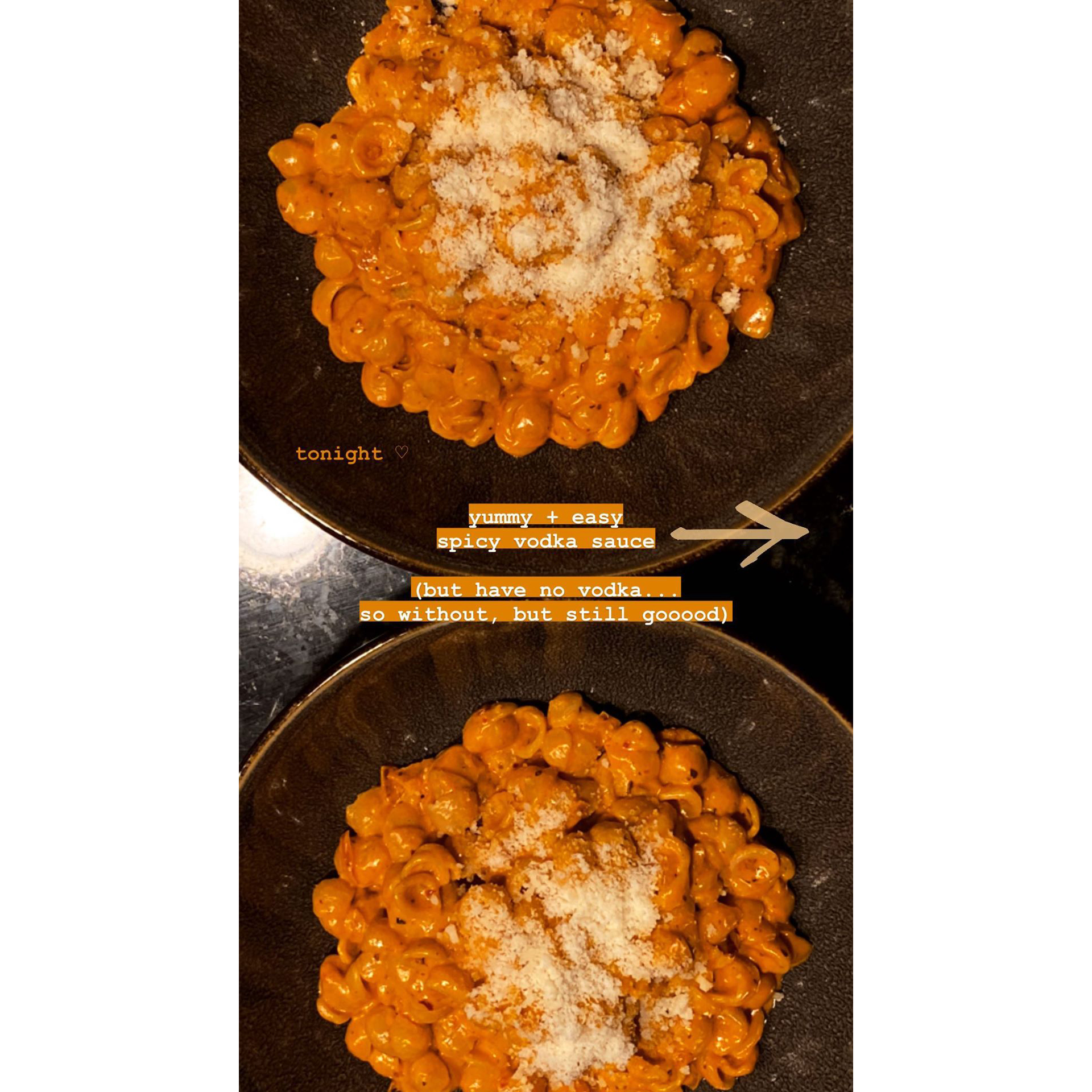 The Los Angeles native kicked things off by sautéing olive oil, garlic and onion in a pan, which she cooked until they were soft. She then added tomato paste to the mixture and made note of another small adjustment. “I only had tomato/basil but still works cause I didn’t have basil for topping at end!” she wrote.

Once the sauce got a “bit caramelized,” Hadid threw in some heavy cream and crushed red pepper flakes for a little bit of spice. She also noted that this is usually around when the vodka would be added, explaining: “Before this step you would add 1 tblsp vodka, if u have it, and cook til almost evaporated.” 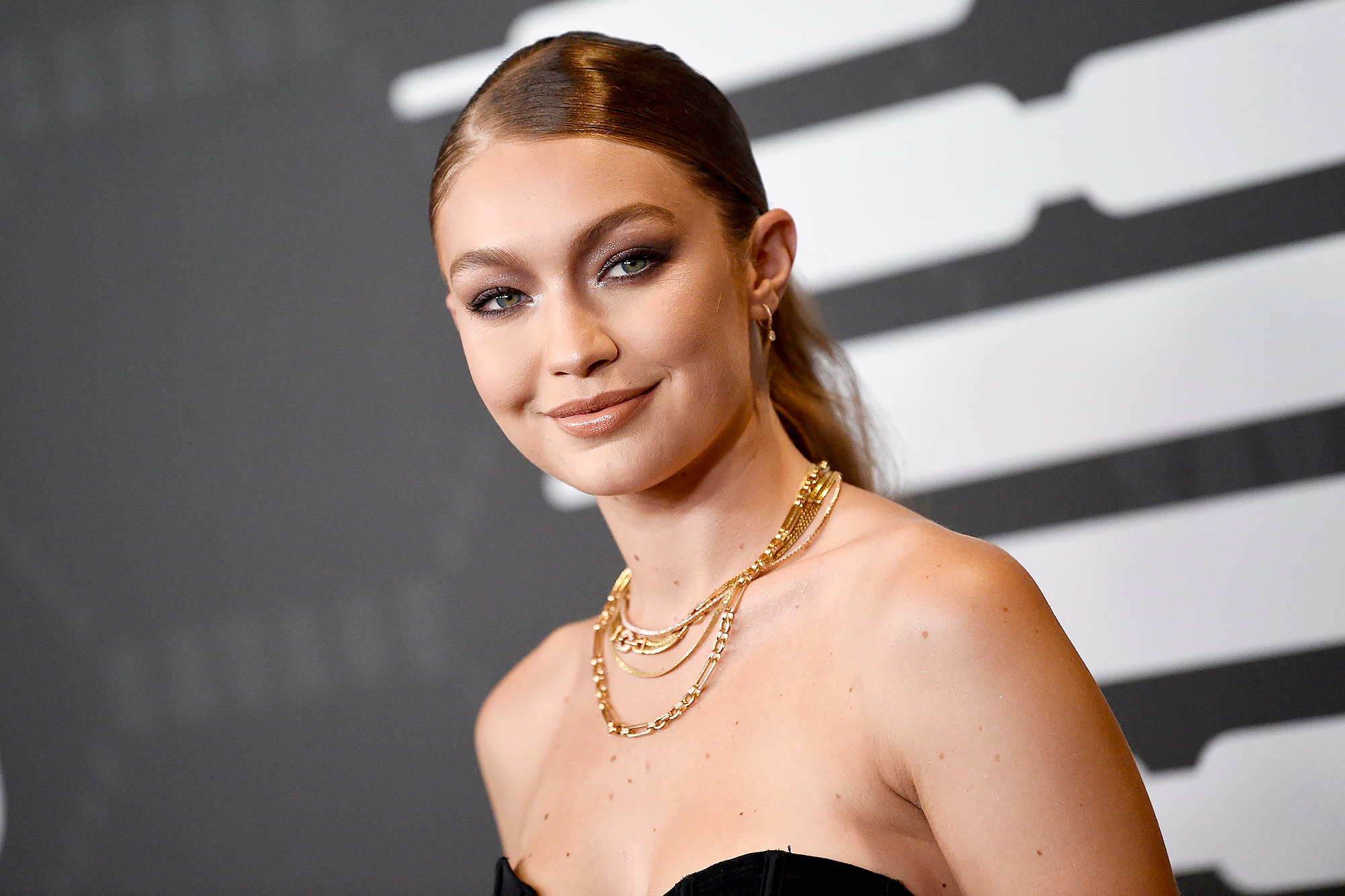 Next, Hadid gave the sauce a good stir and sprinkled in some salt and pepper to taste. She then removed the hearty topping from the heat while she cooked her pasta. Later, she added the cooked pasta to the sauce and mixed in some pasta water and butter to thicken everything up.

With a handful of cheese tossed in, the fashion pro’s meal was nearly complete. The final step, according to Hadid, is to serve the dish topped with more Parmesan cheese and chopped basil.

Hadid’s cooking adventure came just two days after news of her pregnancy broke and one day after Us Weekly confirmed she and Malik, 27, are expecting a girl. “Gigi is pregnant and she and Zayn are so in love,” an insider revealed exclusively to Us, noting that the Victoria’s Secret model has “always wanted to start a family with Zayn.”

Another source stated that “it’s clear that he and Gigi have such a strong connection and so much love for each other.”

Gigi’s mother, Yolanda Hadid, confirmed that her eldest daughter was expecting on Wednesday when she told Dutch publication RTL Boulevard that she was “so excited” to welcome the little one. “I’m excited to become a Oma in September especially after I lost my mom so recently,” the 56-year-old said. “But this is the beauty of life, one soul leaves us and a new one comes in. We feel very blessed.”

Just before the couple’s pregnancy news surfaced, Gigi and Malik celebrated her 25th birthday on April 23. The former One Direction member stood between the model and her sister, Bella Hadid, in a Boomerang shot, during which eagle-eyed fans noticed that the balloons in the background had blue and pink strings. (Some fans speculated whether the color of the strings indicated Gigi’s birthday celebration doubled as a possible gender reveal.)

Gigi’s birthday celebration also featured an unexpected display of emotion, as she was moved to tears by a surprise bagel birthday cake created especially for her by Cake Boss star Buddy Valastro. “The icing on the perfect quarantine bday was finding out my surprise everything-bagel-cake was made by the one and only Cake Boss @buddyvalastro who I have watched for over a decade,” she gushed on Instagram at the time. “I CRIED REAL TEARS! BUDDY! This is a dream come true. I can’t believe you made this cake for me while the bakery is closed.”