After going to ‘hell’ and back, the cast of ‘Prom In Hell’ – jxdn, Nessa Barrett, Sueco, QVE, YOZA, Ricky Desktop, and 44phantom – share what they have in store for the ‘Digital Prom’ live stream event.

This year’s prom season comes to a close on Jun 8, when Prom In Hell — the chart-topping podcast from Audio Up Media, holds its Digital Prom. But, instead of cheap decorations, a secondhand mirror ball, and a part-time DJ with an outdated Apple Music library, Prom In Hell’s event promises some actual fun. The live streaming event will feature the cast – jxdn, Nessa Barrett, 44phantom, Sueco, QVE, YOZA, and Ricky Desktop – perform on stage. “[We’ll play] original songs that we’ve written,” says jxdn during the cast’s EXCLUSIVE interview with HollywoodLife. “Me and Nessa, we have a duet. Suecco’s playing drums on all of them.” The songs are “just fun,” adds jdxn, who says Prom In Hell’s “Digital Prom” will range in “genre and talent.

“And you really get to see how awesome all of these cast members are and where they’re heading in the next year or so, you should tune in,” says jdxn. “We’re also all going to get naked on stage,” chimes in Sueco, with a devilish grin – which is fitting since he played The Devil during this latest installment of the In Hell series. The four-part podcast arrived in late May and told the tale of Danny (44phantom) and Jake (QVE), who are bullied and tortured at their school, Herman Enoch Louis Lynne High. The duo stumbles into a portal to actual Hell, where they make a deal with the Devil (naturally, duh.) From there, the pair – as well as their classmates – must figure out how to battle their personal and literal demons, all while navigating this hellacious time known as “growing up.” 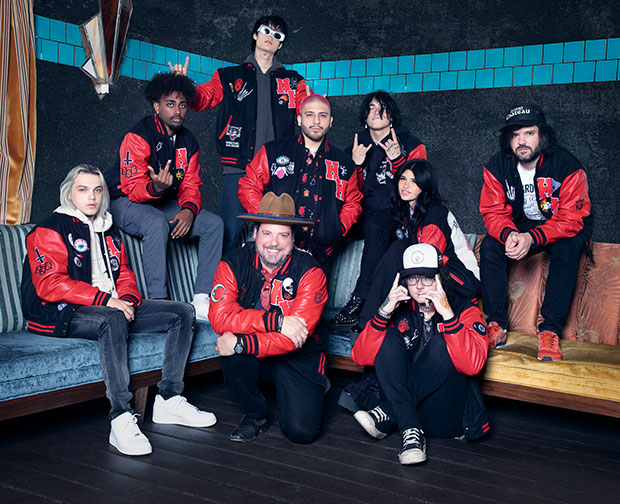 In addition to being a blast to listen to and fun for the whole family, Prom In Hell is a history-making podcast. It debuted at No. 1 on both the Apple and Spotify Music Podcast charts, a first for a scripted musical podcast. Like the previous In Hell series, Prom In Hell featured original music from the cast, including the previously mentioned jxdn/Nessa duet, “I’m Dead,” “Graduated” by YOZA and Sueco, “Molotov” from Audio Chateau featuring QVE, and “Prom King,” by 44phantom and Audio Chateau. The soundtrack is currently streaming and hints at what fans can expect with this upcoming Digital Prom event. 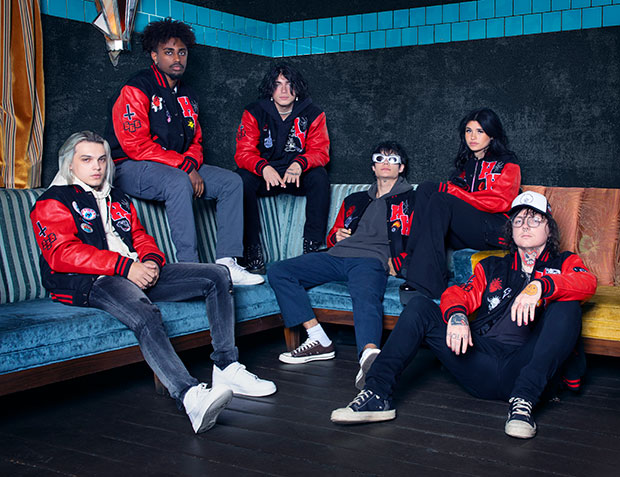 While Prom In Hell’s Digital Prom will see the cast perform, who would they pick to play their prom if they had an unlimited budget and access to bands past and present? Proving that the pop-punk revival is well underway, most of the cast went rock: YOZA voted for Paramore; Sueco selected Green Day; QVE chose Sum 41; and jxdn went with Motley Crue (though he did hint he’d do blink-182). Nessa surprised everyone by opting for more of a “chill vibe,” and picked The Neighborhood.

Audio Up, in partnership with NoCap Live, will present Prom In Hell Digital Prom on June 8, airing from the Roxy Theater in Los Angeles. The streaming event is free, and fans can get more information by clicking here.