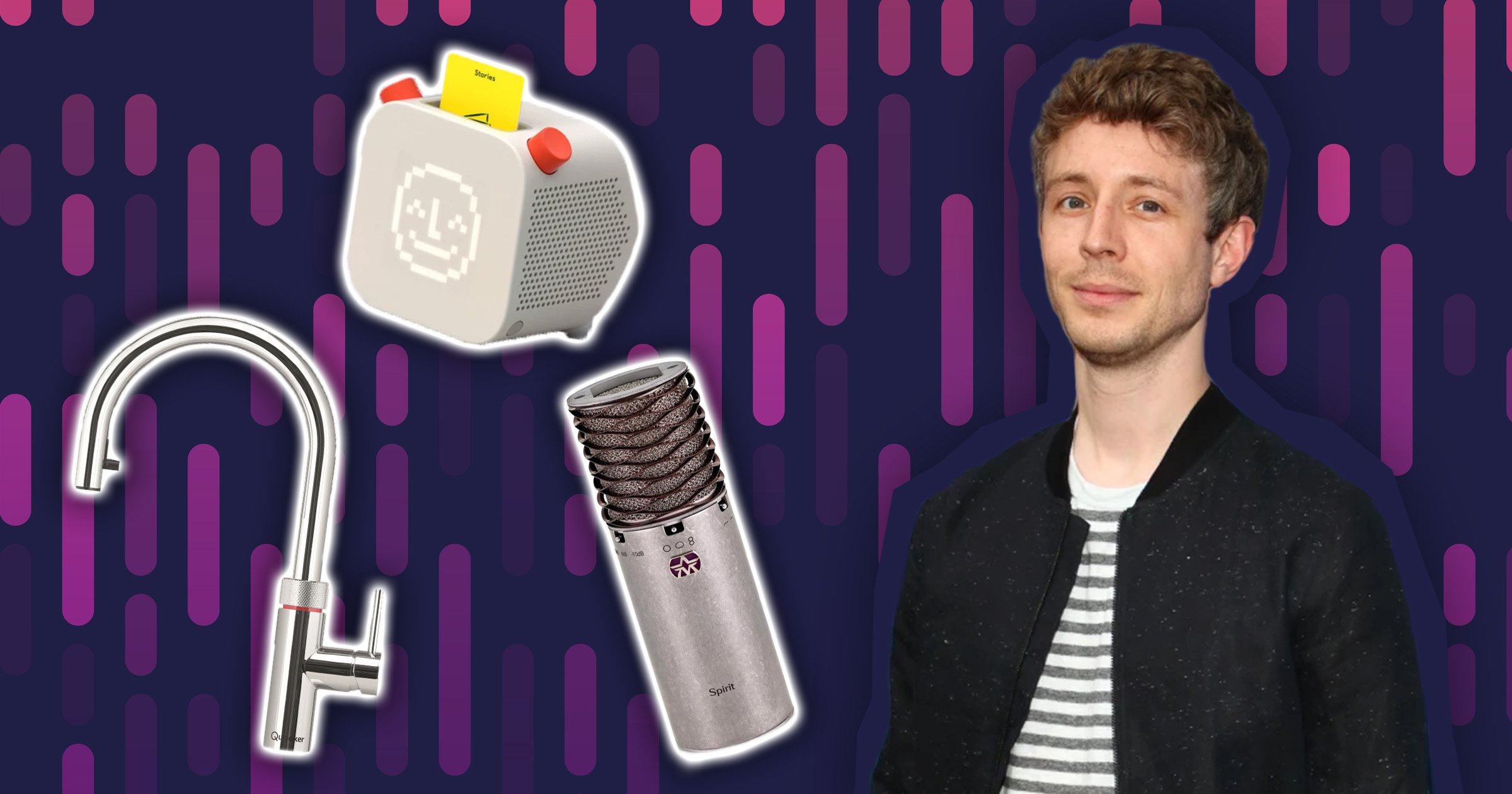 You might know Matt Edmondson from Radio 1’s weekend afternoon show, where he blasts tunes alongside Mollie King.

But did you know that he’s also dabbling in making music himself?

We chatted to the DJ about Superhot, setting up his home studio and the ultimate headphones.

What’s your favourite tech to use at home?

An instant boiling water tap from Quooker. It’s changed my life! I’d never go back to a kettle. It’s amazing if you’re making pasta or boiling an egg.

I’ve got making tea down to 40 seconds, from thinking, ‘I want a cup of tea’ to having a cup of tea. I’d never go back. Every day, I wake up thinking, ‘I’m so lucky.’ It’s the best thing ever.

What’s the best tech for kids?

I’ve got a five-year-old and we’ve got her a Yoto Player, which is an audio player for kids. She likes listening to audiobooks. They come on these little cards you put into the machine and it plays the story.

She’s never without it! You can record your own audio on to the cards so I’ve recorded me reading her bedtime stories. If I’m late at work, she plays one of those.

What tech might people be surprised to hear you’re a fan of?

I’m not much of a computer gamer but I love virtual reality. I’ve got an Oculus Quest 2, which is a headset with no cables that puts you in an immersive, three-dimensional alternate reality.

There are two games I especially like — Beat Saber, which is a rhythm music game with two lightsabres, and Superhot, where you’re attacked by people who can only move when you move. You end up with these incredible Matrix-style, slow-motion moves. It’s literally another world.

I was bored in lockdown so I built a mini recording studio. I’d always fancied producing music despite not knowing anything about it. I literally had no idea but I learnt. I use my MacBook Pro and I’m running Logic on it, which is music composition software.

Then I’ve got an Aston Spirit microphone, KRK Rokit speakers and Nuraphone headphones.

Everyone’s ear canal is slightly different so these headphones send a signal into your ear canal and figure out how stuff would sound best for you.

I thought it would be nonsense but I’ve never heard anything like it. It’s like the sound is happening around you.

What has tech taught you?

I used YouTube and TikTok to learn graphic design, then I designed three board games.

One’s called Ansagrams — it’s a fun word game with a Countdown conundrum twist to it.

There’s Egg Slam, a game I invented with my daughter, which is all about mixing colours, and there’s So Wrong It’s Right, which is a very silly trivia quiz. I did all that on my MacBook Pro in lockdown.

What tech would you uninvent?

The alarm clock! It’s got its uses but I much prefer waking up naturally. I am the grumpiest morning person. My wife calls me Morning Matt.

My five-year-old comes in within ten seconds of the alarm going off and I’m in no competent state to be the best version of myself at that point.

Edmonson’s board games Egg Slam, Ansagrams and So Wrong It’s Right are available now on Amazon