RANGERS have officially unveiled their brand new white Castore away kit ahead of today's Premiership opener.

It comes after images of players modelling the new strip leaked out on social media last night. 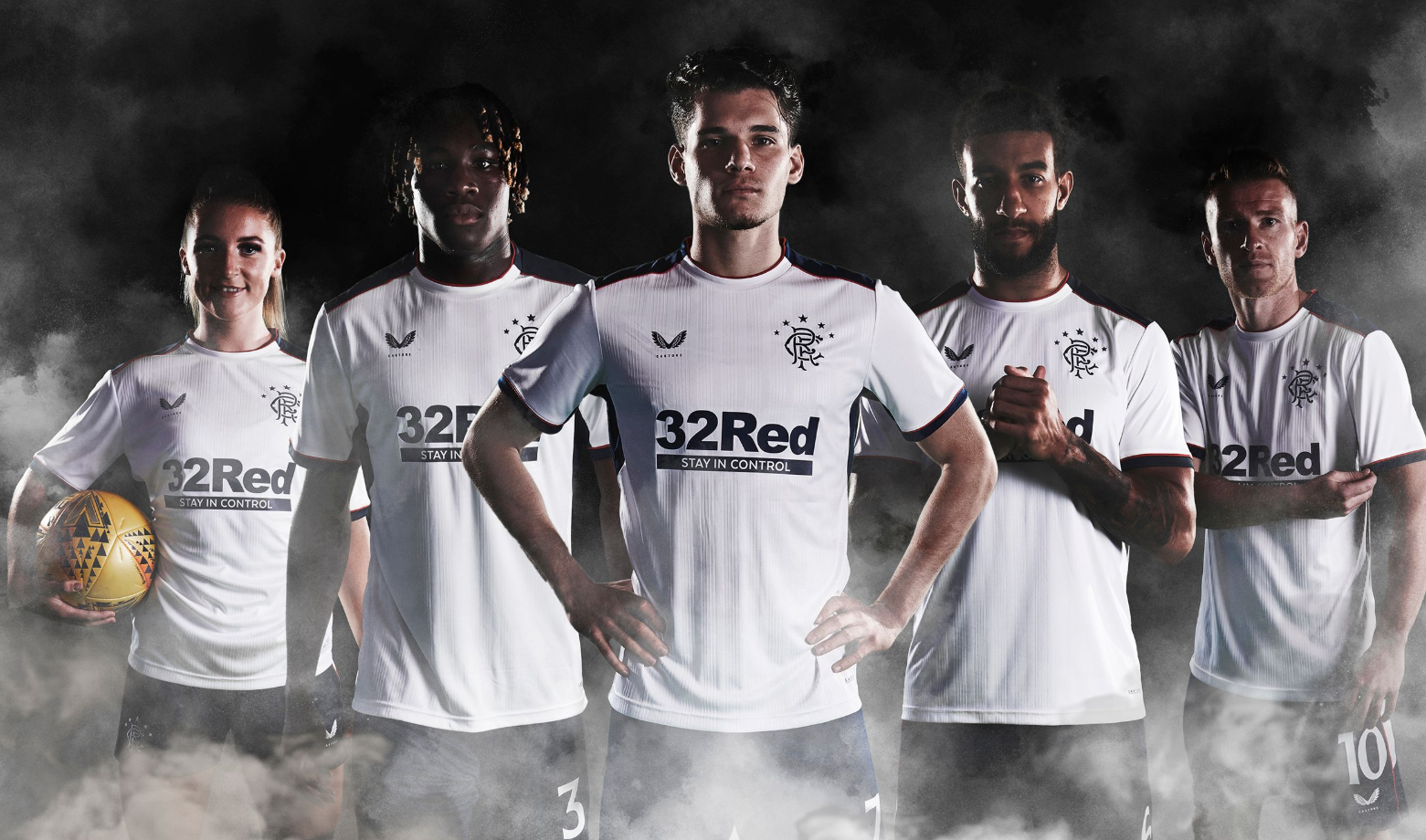 The Light Blues' new partnership with Castore has gone down well with supporters so far.

Rangers launched the new home kit last month but the first batch was completely sold out on pre-orders within a matter of days.

The Ibrox club have also relaunched their online store today, with the away kit being unveiled on the redesigned website this morning.

The jersey is mainly white with navy blue shoulders and a red trim, with the club badge and main shirt sponsor also in navy blue.

The shorts are navy blue with the club badge and Castore logo appearing in white.

And the socks are mostly white with navy blue and red banding around the top, and a navy blue Rangers badge on the shin.

Hagi loves the new strip and can't wait to play in it.

He said: "The new away kit is absolutely brilliant.

"I love the feel of the fabric and the white and navy design which looks really cool.

"The team will be looking forward to creating some great new memories for fans wearing the kit this season."

Gers fans can get their hands on the new away strip now with short-sleeved jerseys costing £60 and the long-sleeved version at the slightly dearer price of £68.

The goalkeeper away kit mostly comes in at the same prices, although the jersey will cost £68.

Related posts:
LyfeStyle News:
David Raya hilariously trolled for diving AFTER ball hit back of net in Fulham goal that cost Brentford £170m
Fortnite finally has cars. Here’s your guide on where to find & drive them
Arsenal boss Mikel Arteta buys £20,000 guard dog after series of high-profile raids on Premier League stars houses
Who Wants To Be A Millionaire player uses lifelines on 'easy' question
How Many Major Lawsuits Have Meghan Markle and Prince Harry Filed?
Recent Posts
This website uses cookies to improve your user experience and to provide you with advertisements that are relevant to your interests. By continuing to browse the site you are agreeing to our use of cookies.Ok