Taking a break. Us Weekly has confirmed that the Real Housewives of Dallas will not be coming back for a sixth season at this time.

Shocking TV Exits Through the Years

“There are currently no plans to bring The Real Housewives of Dallas back next year, and beyond that nothing official has been decided,” Bravo shared in a statement with Us on Tuesday, August 17.

Although the reality series has no plans to film more episodes at this time, the show has not been canceled and is instead on an indefinite hiatus. Another franchise, Real Housewives of Miami, had a similar fate when filming was paused in 2013. The series was recently revived in February for a fourth season, which will air on Peacock.

As for RHOD, rumors swirled that several cast members weren’t looking to come back after season 5. In May, fans noticed that newcomer Tiffany Moon had added “previous cast member of #RHOD” to her Instagram bio. Tiffany, 37, quickly changed it back to “Season 5 cast member #RHOD” that same day.

A source told Us at the time that the anesthesiologist had no plans to quit the show following her explosive debut as a main cast member in season 5.

Two months prior, Tiffany opened up about her experience as the only Asian cast member on the show after OG star Brandi Redmond made headlines for a racially insensitive video mocking the Asian American community.

“I never thought that we would be tackling issues such as racism and inequality on a show such as this,” she explained to Vice in March. “I thought it was supposed to be fun and fluffy.” 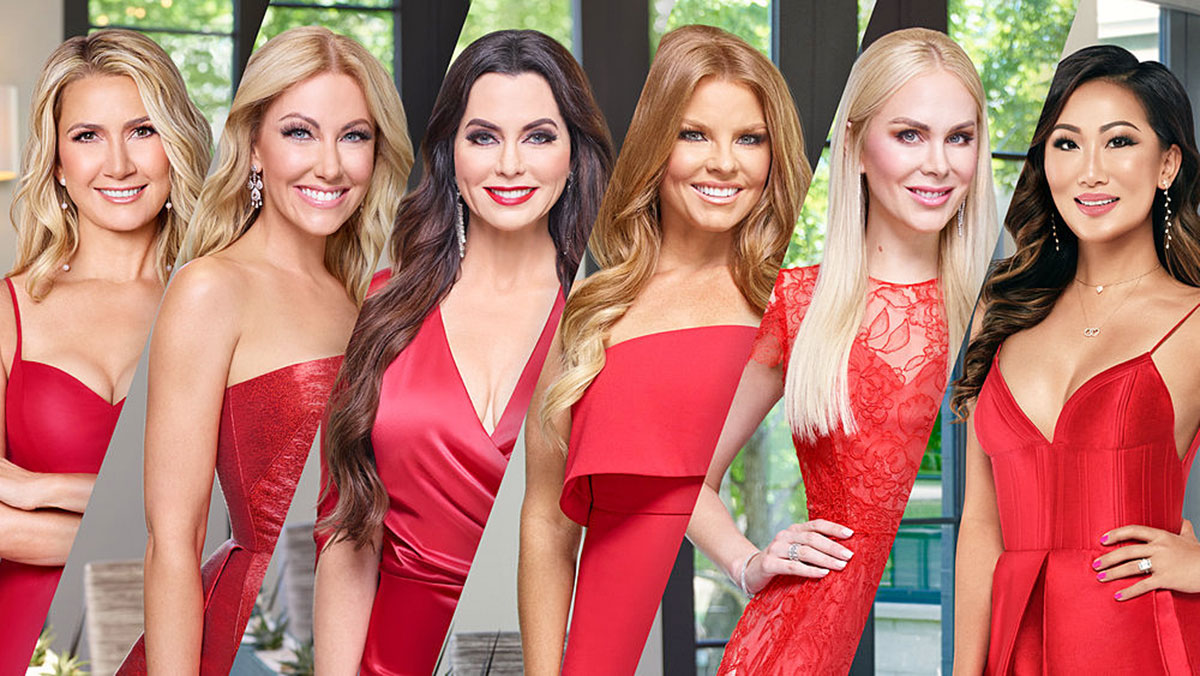 Brandi, 43, for her part, apologized for the offensive video that resurfaced one year prior and later was addressed during season 5 of RHOD.

“A video resurfaced of me from three years ago which at the time I had posted and quickly deleted and then immediately apologized for my insensitivity,” Brandi 42, wrote via Twitter in January 2020. “I would like to once again sincerely apologize for my offensive actions.”

Following the dramatic recent season, viewers wondered if Brandi was planning to leave the show after giving birth to her fourth child with husband Bryan Redmond.

“Today I pray that life brings each of you happiness and in prayer John 10:28 kept calling me,” she wrote via Instagram in February. “I prayed that the baggage of mistakes, feeling rejected, used and unworthy are no longer tied to anyones soul. I’m choosing to set myself free and lean into Jesus and I pray you’ll join me if you too have these desires. We are worth happiness, grace, love, compassion and so much more. Stay strong and believe in yourself bc God always believes in you and is with you.”

She added, “I also want to thank you all for being apart of my journey these past few years. I have loved sharing my life with you but sometimes things come to an end. The best kind of ends are happy ending and I choose happiness. Sending you all my love and prayers.”

At the time, a source told Us that Brandi is “very much part of the show.”

D’Andra Simmons and Kary Brittingham also ended the last season in a bad place, with D’Andra, 52, claiming that she felt attacked by her former friend.

“When I said you were a bully, I felt like you were bullying me. All season long I felt like I was being bullied for no reason,” D’Andra told Kary during the reunion episode in April.