An increasing number of breweries and restaurants around the country are reserving a table and 13 glasses of beer to honor the U.S. service members who were killed in Afghanistan last week.

The trend has been growing across social media following the Aug. 26 suicide bombing at Afghanistan’s Kabul airport, which also claimed the lives of more than 160 Afghans. Many of the establishments have been posting their efforts on their social media pages, creating a ripple effect.

The day after the attacks, New York-based First Line Brewing promised to keep 13 glasses of beer fully replenished all night in order to honor the "brave courageous individuals" who "paid the ultimate sacrifice for our country," the brewery wrote on Facebook. 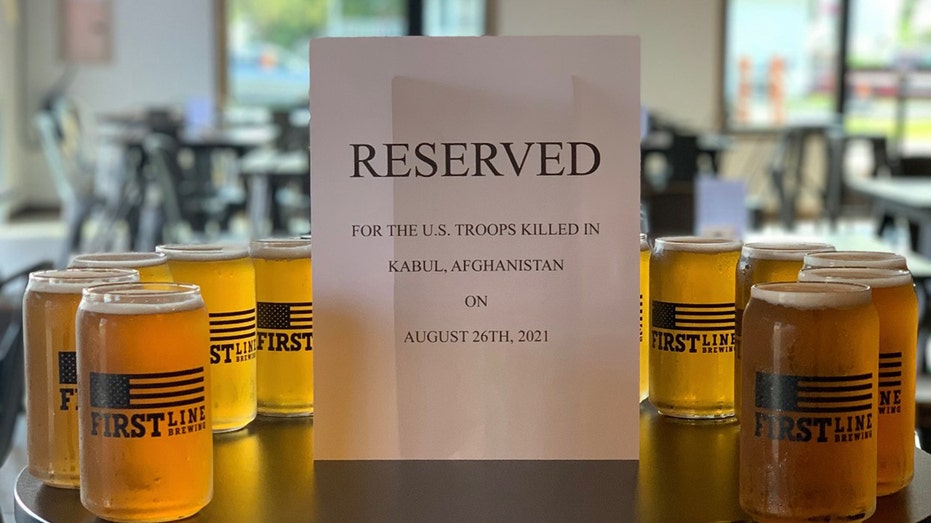 Co-owners of First Line Brewing, Shane Stewart and Mike Maiorana, told FOX Business that although their mission has always been to "shed light and give back to first responders and the military," the idea was inspired by a social media post from another location that had done the same thing.

"It was a way for us to show our respect," Stewart said.

To their surprise, it exploded into something neither of them had ever imagined. The initial Facebook post, which had circulated on social media, noted that the brewery would be taking a portion of its proceeds from the weekend and donate it to a charity on behalf of the fallen service members.

It wasn't long before Stewart and Maiorana had a slew of customers come in to donate.

"We have been able to raise a ton of money over the past couple of days, just having that out there with people from all over the country, sending us money, coming into the brewery, dropping off donations," Stewart said.

So far, they are already up to a little over $5,000 that will go "directly to a charity that helps families who lost someone in service," he added.

This mission is being replicated at other locations around the country from New York City to Georgia. 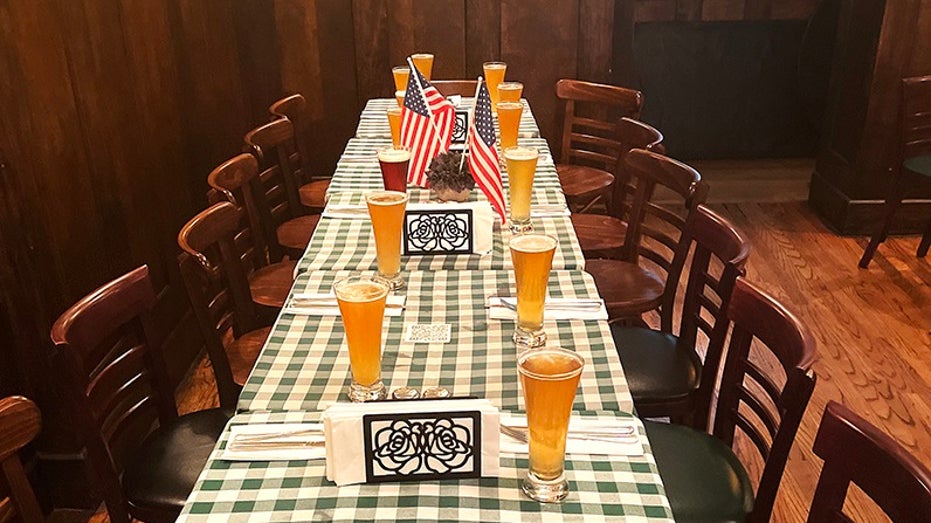 New Realm Brewing Co., which has locations in Georgia, South Carolina and Virginia, posted an image of an empty table set for 13 people on its Instagram account. At each seat sat a full glass of beer.

Next to the table was a sign that read: "Reserved for the 13 fallen heroes." The table sat empty for the entire night as a sign of respect.

"Our thoughts and prayers go out to their families," the brewery wrote on Instagram. "In humble gratitude, we honor the ultimate sacrifice in defense of our country."

"It means a lot to most Americans when heroes make the ultimate sacrifice for our country," owner Luigi Militello told FOX Business. "[I] Just wanna show my gratitude."