The Dutchman, 24, is the only player that the Red Devils have managed to sign following his £39million move from Ajax. 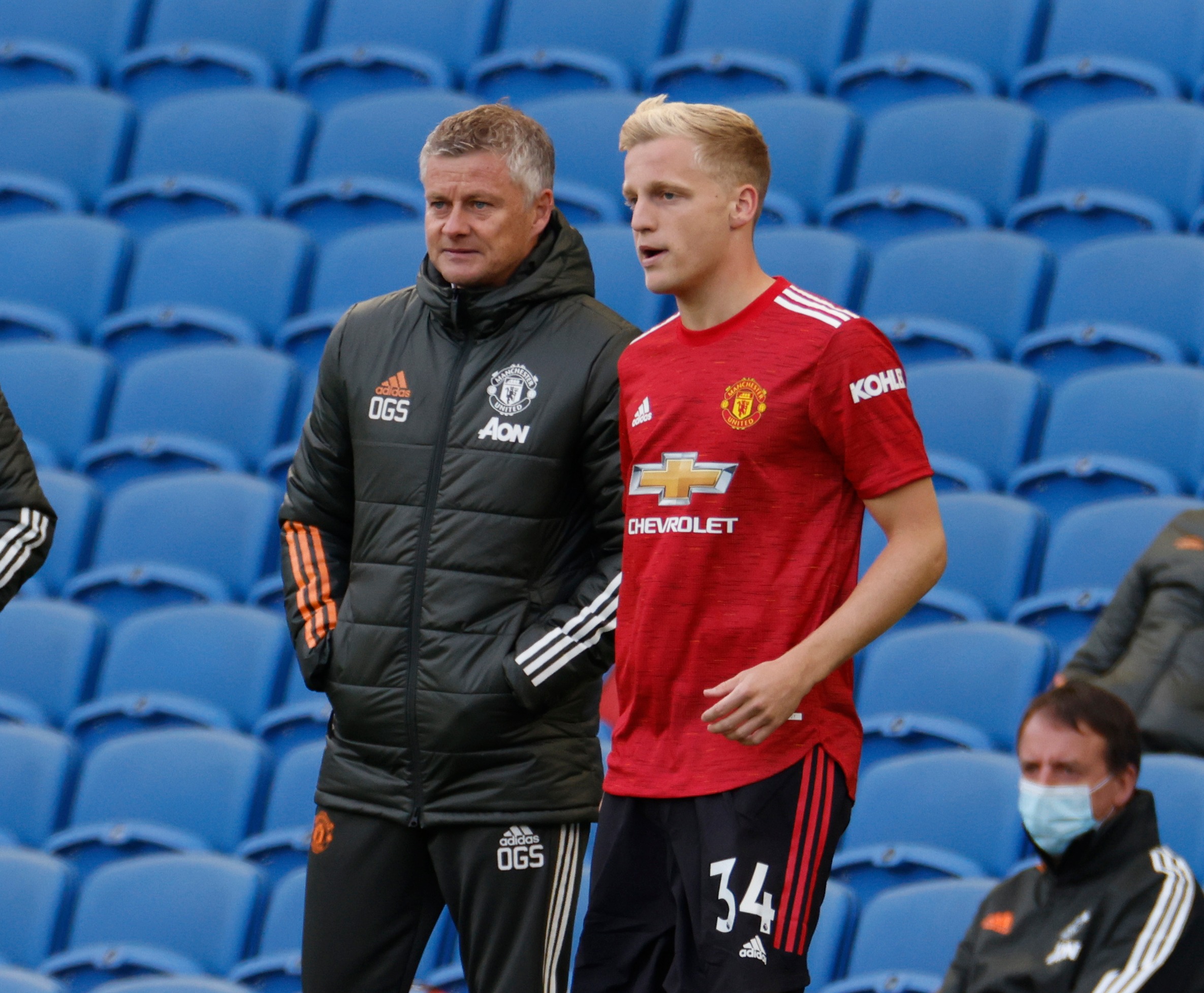 Fans have hit out at Solskjaer and the club's board for missing out on a number of top targets including Jadon Sancho.

United are reportedly irritated by the social media frenzy and fear it will have a negative impact on the team.

Solskjaer, who watched his side scrape a win over Brighton on Saturday, has responded to the criticism.

He said: "I think you show quite a bit of disrespect to Donny when you say he was the only one, because he is a top player, and he strengthens our team.

"Different clubs have to be allowed to do whatever they do and feel they can.

"We are working hard to have a competitive squad and team.

"If and when there are updates we will give you them."

This summer's transfer window is set to close on October 5.

But SunSport revealed United are planning to make at least two more signings.

The Red Devils are reportedly lining up a £90million offer for top target Sancho.

And the club are in talks with Porto over a swoop for £18m star Alex Telles.