Poor weather near NASA’s Kennedy Space Center threatens to derails today’s launch of the SpaceX Crew Dragon. The SpaceX launch is pencilled in for 9.33pm BST (4.33pm ETD) today at Cape Canaveral, Florida.  But the US Space Force 45th Weather Squadron predicts a high probability of rain and lighting near the launchpad.

If NASA is forced to postpone the launch due to poor weather, a second launch window will open on Saturday, May 30.

“High probability (90% chance according to US Space Force 45th Weather Squadron) of rain and 60% chance of lightning from 4pm and in the launch period. #SpaceX”

The poor weather near Cape Canaveral is associated with Tropical Storm Bertha, wich is tracking near the coast of South Carolina. 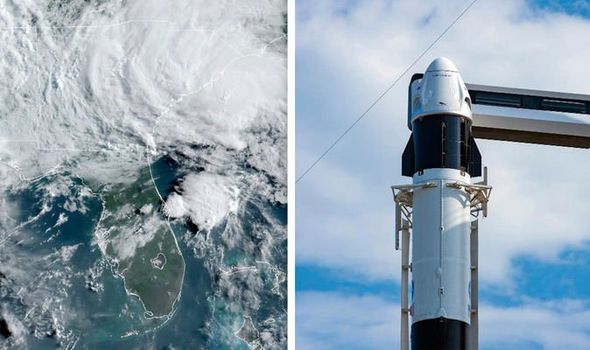 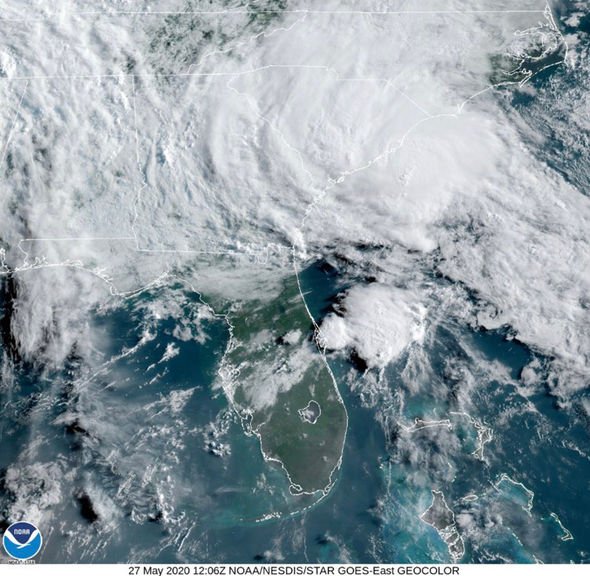 “Good weather is required not just at the launch site but also downrange in case of an abort.

SpaceX’s teams are now “closely monitoring launch and downrange weather” to see how the situation develops.

The weather presenter also noted at 10.47am BST today a front an area of low pressure passing over Florida.

The front is expected to move northeast but could still aid the development of rain clouds in the region.

The launch marks the first flight into orbit of US astronauts on a commercial spacecraft.

SpaceX and Boeing are working with NASA under the Commercial Crew programme.