CRISTIANO RONALDO was booed at every touch to prove he is still the main man at the Euros.

Portugal's stellar captain is poised to play in a record fifth championship. 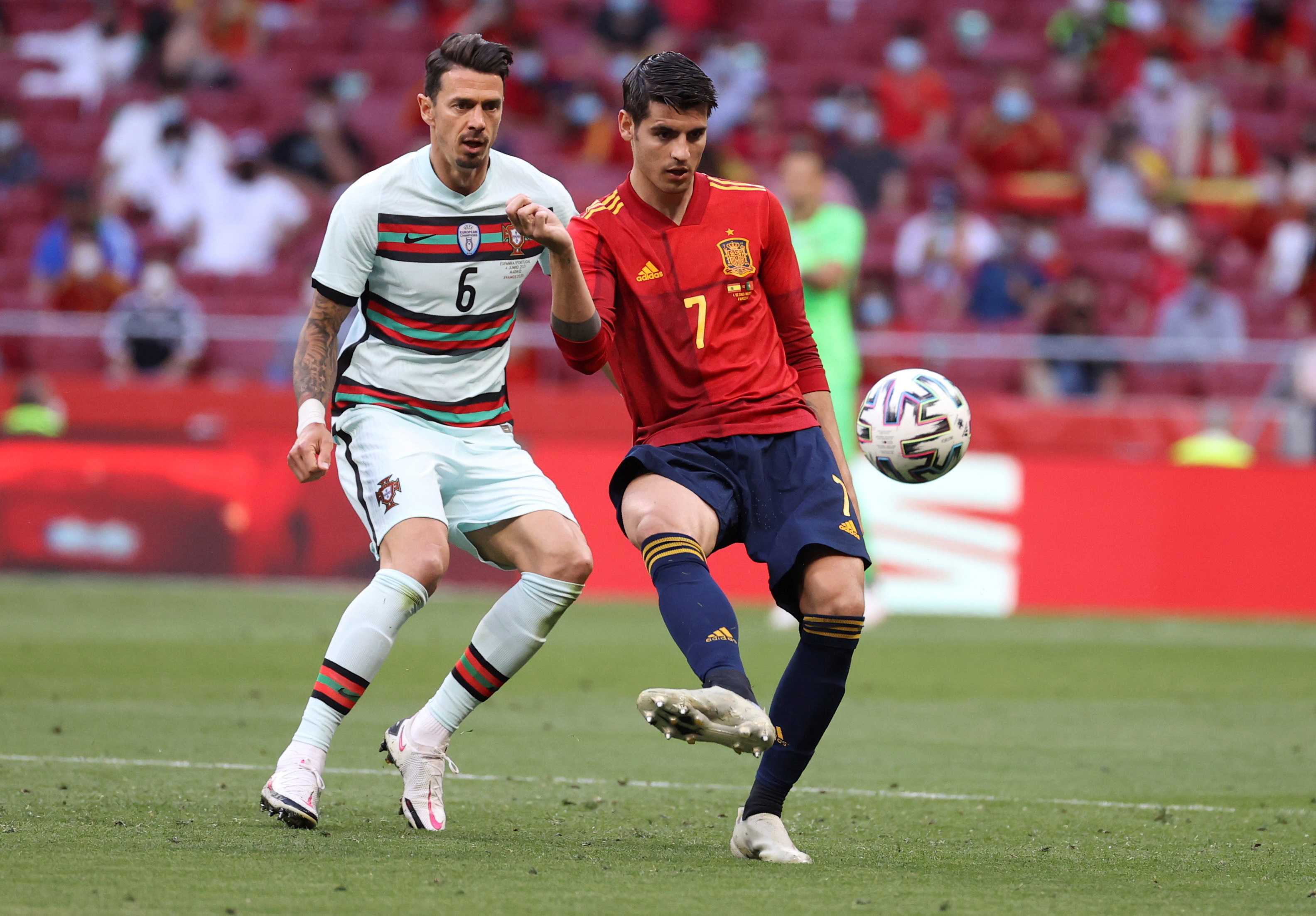 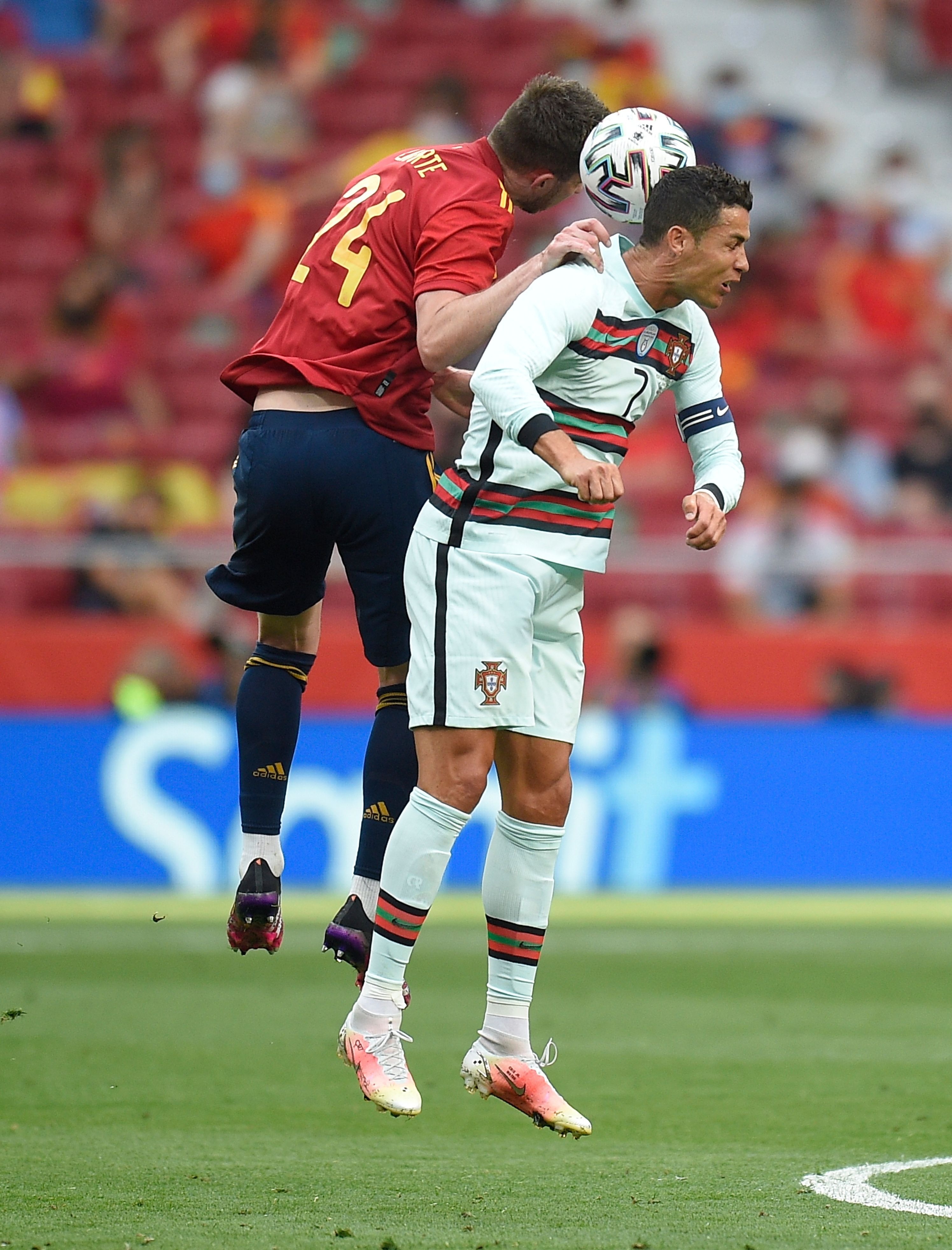 The three Group F games alone will give him the most appearances at the tournament with 59 – which includes qualifying.

Now 36, Ronaldo is still leading the line for his country who kick off the defence of their Euro 2016 title against Hungary on June 15.

But the normally lethal finisher will have to wait for his 104th international goal after missing a sitter against local rivals Spain in a warm up.

Frustrated Ronaldo was unmarked but sent a header wide of the post from a 69th minute free kick.

The former Real Madrid star was not the only one off target as he ran the gauntlet of fans at the home of his old club's city rivals Atletico Madrid.

Liverpool's Diogo Jota missed a golden chance to score with a diving header that flew over the crossbar in the second half.

Manchester City's Ferran Torres also headed wide in the 28th minute at the back post when unmarked.

But ex-Chelsea striker Alvaro Morata was most guilty as he fluffed a series of opportunities to give Spain a winning warm up in a lively match which was overseen by Premier League ref Craig Pawson. 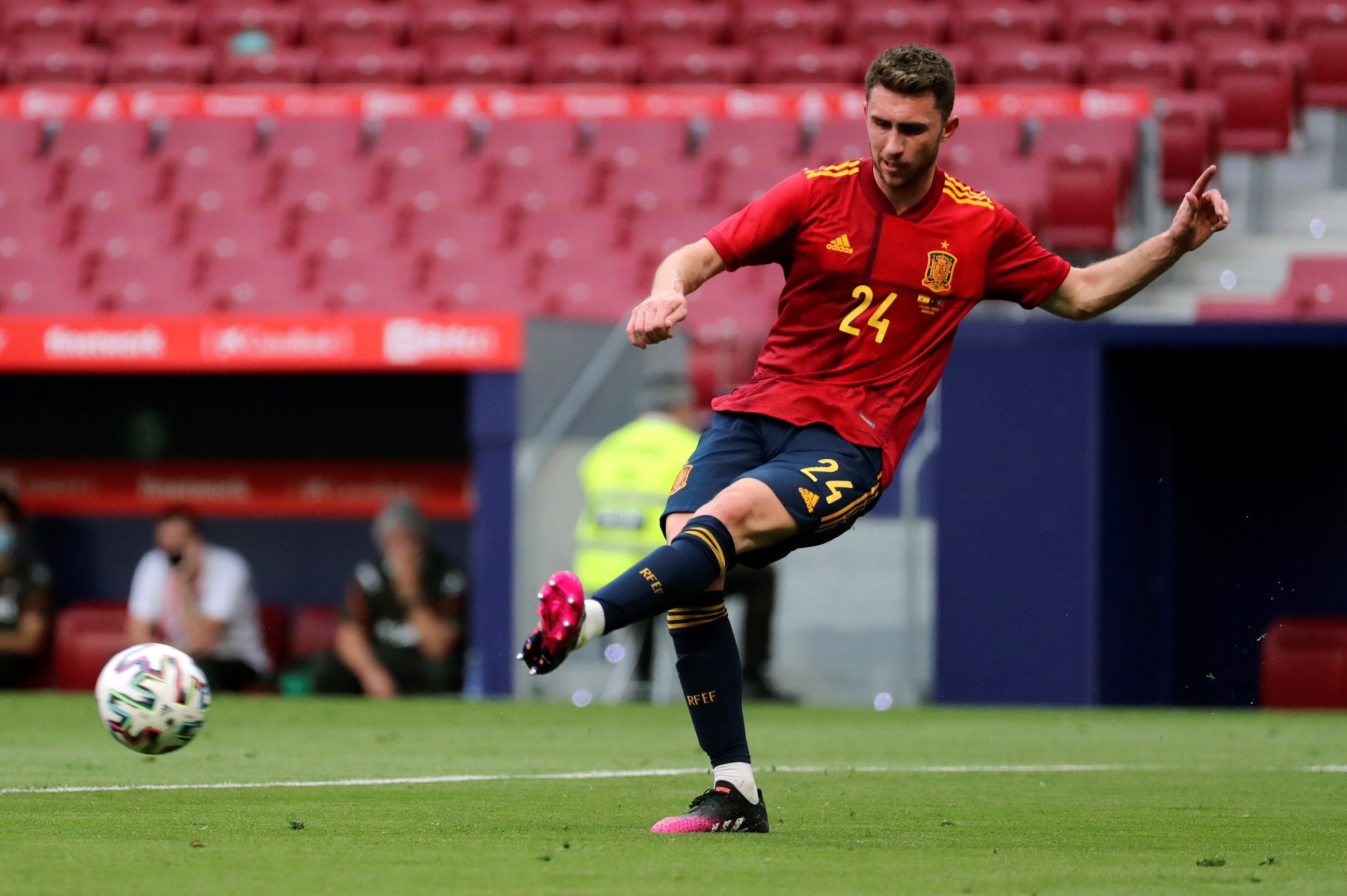 Morata suffered two glaring misses before the worst of the lot in the dying moments when he was clean through on goal.

He chipped the keeper with a powerful, curling shot only for it to smash back off the crossbar.

Leeds defender Diego Llorente made his debut for Spain as a second half substitute for Manchester City's Aymeric Laporte, who was also appearing for the first time.

The Manchester City centre-back has been included in Enrique's final squad for the European Championship after being overlooked yet again by France.

Laporte qualifies to play for Spain having spent nearly a decade at Athletic Bilbao prior to his move to the Etihad in 2018.