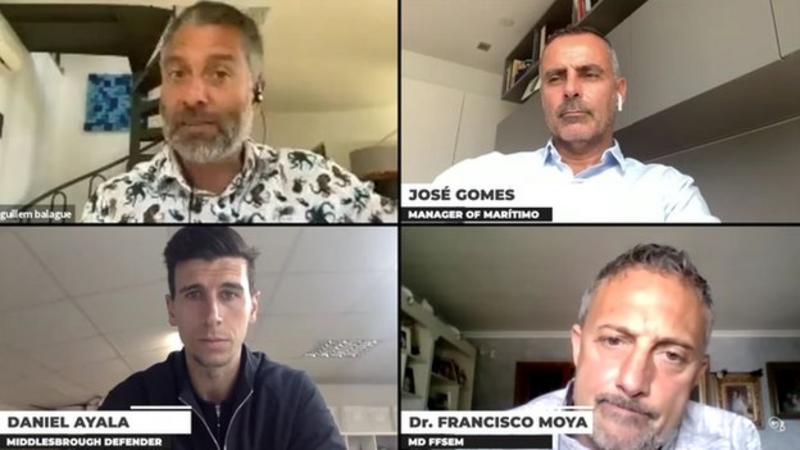 How can football come out of the lockdown and what does it mean for players who have been confined to their homes for weeks on end?

The German Bundesliga is hoping to return behind closed doors in May despite the current coronavirus pandemic, while France and Belgium have ended their leagues early and the Netherlands have cancelled theirs.

Europe’s other major leagues are all planning to resume when it is safe to do so.

BBC Sport columnist Guillem Balague talks via video conference to a footballer, a manager and a doctor to discuss how they feel about what might lie ahead. 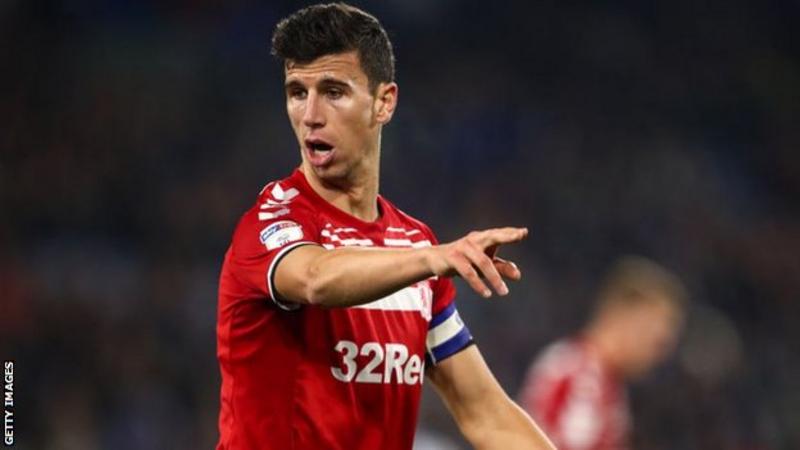 Spanish defender Daniel Ayala, 29, plays for Middlesbrough in the Championship. He has spent his entire professional career in England, playing for Liverpool, Hull, Derby, Norwich and Nottingham Forest before joining Boro, initially on loan, in 2013.

He says he is conflicted about football’s potential return.

“As a player, all you want to do is get back to playing,” he said. “As a human, you just want to be healthy and make sure we’re not at any risk of getting Covid-19.”

He said his team-mates “are more concerned about their families than themselves”.

“Some players have a pregnant wife or small kids – like myself – or old people living with them. Sometimes players feel indestructible, at the peak of their powers. It’s more for other people in our environment.”

However, he said he felt “scared” after reading Aston Villa goalkeeper Pepe Reina’s account of struggling to breathe after contracting Covid-19.

“We have to be careful and return when football is safe. It might not be 100% safe but we have to minimise problems and not come back too early.”

But he thinks football returning would prove a major morale boost to fans in lockdown across the country.

The English Football League (EFL) has said football can only return when it is safe and that “suitable testing arrangements for participants must be in place”.

“I’m really looking forward to going back to playing,” said Ayala. “If they’re telling us everything will be safe and they’ll do the proper tests, why not?

“For the whole community and the whole country it will be good. Even if people are home or they have to stay in isolation at least they can watch football and it will make it more bearable.”

Some people – including Germany’s Ministry of Labour and the University of Edinburgh’s Dr Rowland Kao – have suggested footballers could wear masks during matches to prevent the spread of coronavirus.

But Ayala does not believe that will work.

“It would be almost impossible. It’s a contact sport. You have to be close. As a defender I use my body and my arms a lot,” he said.

He says he would not be concerned about an opposition player telling him he has coronavirus during a game.

“We will have to do tests before and after games,” Ayala said.

“If everyone comes back negative I’ll think he’s just trying to play mind tricks so I wouldn’t listen to him.” 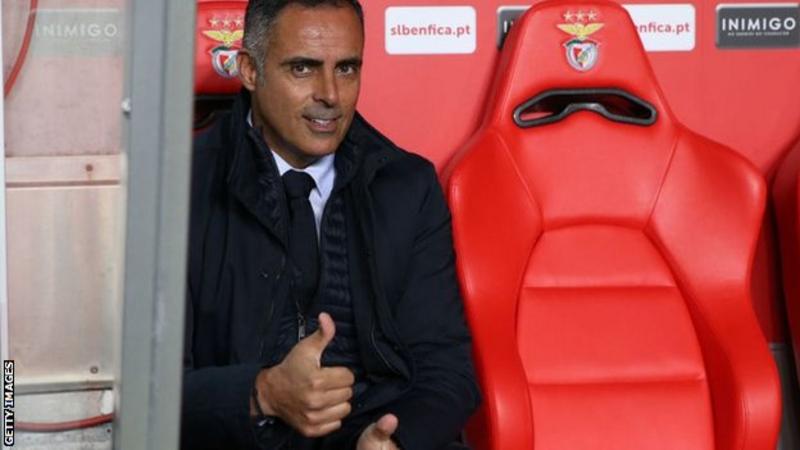 Portuguese Jose Gomes is manager of Maritimo in his country’s top flight. He was sacked by Reading in October after 10 months in charge.

He agrees with Ayala that public morale could be boosted by the return of football.

“Even if we play without the public in the stands, people have football again,” he said. “The emotional part of the human being is sometimes more important than the physical. It’s important people feel hope in their life, [they might think] it’s better now they’re playing football.

“In Portugal it’s a funny thing. Before we stopped the league, the league’s plan was to play behind closed doors with no people in the stands.

“The players refused to play. But now they want to return like everybody. It’s missing something in our life.”

However, he has warned that any tests footballers use should not take away from any testing required by frontline workers.

“Our answer would be give the tests to those people.”

Francisco Moya is a consultant in emergency, sport and exercise medicine at Vithas Xanit International Hospital in Malaga.

He says footballers would need “at least one month between returning to training and playing” if they have gone six weeks or longer without full training.

“Even if players are doing daily training sessions, you can’t recreate football at home,” he said.

And he points to Montpellier midfielder Junior Sambia, 23, who was put in an artificial coma with difficulty breathing after contracting coronavirus. He is now out of his coma and does not need assistance breathing.

“Overall it can affect everyone,” he said. “It’s a very disabling, long-lasting illness [even] for young people, although usually they don’t die.”

He thinks the Bundesliga’s plans to return soon are a reflection of how Germany has dealt with coronavirus.

“Germany has been an example of doing things right. They followed the science,” he said.

“Now the Bundesliga is well advanced because players started training because they had more control of the pandemic.”

But he thinks the German labour ministry talking about players wearing masks shows how football has “the obsession to finish the competition at all costs”.

So what could football be like if and when it does come back?

“Even as an attacker I can say to the guy – from a psychological point of view – ‘I’ve got coronavirus, don’t mark me, I might spit at you’,” said Moya.

“If someone tests positive you have to quarantine the whole team. You can have false negatives and then have symptoms. The safest way to return to play is to do massive testing. You’ll minimise the spread.”