The Bachelor star has officially sparked romance rumors with Pittsburgh Steelers quarterback Mason Rudolph, at least according to photos published by TMZ. Hannah Ann, 24, and Mason, also 24, were spotted grabbing coffee, and the outlet cites sources who say this is the third time they’ve been out together over the past few days.

The duo has not yet commented on the buzz, but we’re told Bachelor Nation shouldn’t put too much stock in a future together. A source tells E! News that Hannah Ann isn’t “serious” with anyone at the moment and isn’t looking to settle back down after her engagement to Peter Weber ended.

In fact, the Tennessee native recently opened up about slowly moving on after finding love on reality TV.

“I’m not going to be exclusive with anyone for a while,” she said on Kaitlyn Bristowe‘s Off the Vine podcast. “I’m just getting to know different people, as much as I can, virtually, during quarantine.”

She further explained, “It’s weird because I got off the show, I was engaged. Then I was single, but I couldn’t go out, couldn’t go on a date or really text anyone because people would know I wasn’t engaged. And then after the show, we go straight into being quarantined. I’m like, oh my gosh, my dating life is so dull.” 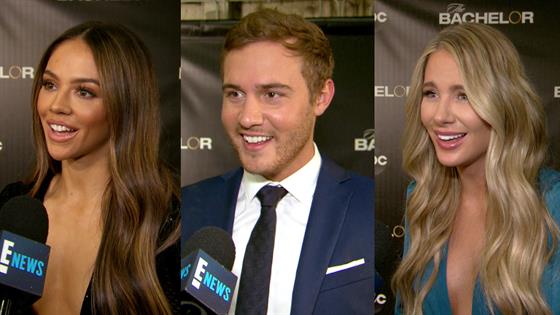 At the time, Hannah Ann did describe her relationship with the unidentified guy as “just a nice little quarantine fling.”

And in related Bachelor updated, E! News confirmed this week that Peter is officially dating Kelley Flanagan, another woman from his season of the ABC dating competition.

As for Hannah Ann’s thoughts on their relationship, she had this to say on Off the Vine: “I met Kelley through the show. I’m cool with Kelley. We’re not going to be best friends or anything, but I’m definitely cool with her. So, it’s not like, ‘Oh, this was, like, my best friend. Now, she’s dating, like, my ex-fiancé,’ you know? Because we met through the show.”

E! News has reached out to Hannah Ann and Mason’s camps for comment.