‘I am trying to write a book,’ I confess to top coach Michael Heppell.

‘Watch your language,’ he says. ‘You’re not “trying’, you’re doing it, you are writing your book.’

I had been in Michael’s company for five minutes and already I am feeling more motivated.

Author of eight Sunday Times best-selling self-help books, such as How To Be Brilliant and Flip It, Michael is life coach to the stars with TV presenter Davina McCall recently saying that a 90-minute coaching session with Michael was one of ‘the best, most life changing hour and half of my life’.

Through his events and coaching Michael has worked with everyone from Category B Prisoners to business leaders; from Premiership footballers as well as TV personalities such as Davina and Sara Cox.

Michael’s latest project is helping others to write their books: ‘It’s not the book you read that will change your life,’ he says. ‘It’s the book you write.’

Here Metro.co.uk talks to Michael about why writing a book will make you happier.

You’ve written a book entitled How To Be Brilliant. What’s the connection between brilliance and happiness?

With happiness it’s the same thing. You need to focus on what you can do to make yourself happy.

So where do you start in choosing to be happy?

Start with something that’s completely within your circle of influence. For example, the words you use.

There’s over a million words in the English language that we can choose to use and yet we do tend to choose the same ones over and over again. ‘How are you today?’ 75% of the population say, just say ‘fine’. They don’t even think about it. What if you could choose a different word? For 30 days, just answer ‘brilliant.’

The number of people who come back to me and say, ‘I can’t believe the reaction from people, I felt better, they felt better’. That’s just one word. So, what else could you change with your language to get different results?

How else can we improve our lives?

I wrote a book called The Edge with the subtitle of ‘how the best get better’. I interviewed 200 highly successful people. And the thing that amazed me was at the end of the interviews, most of the answers were the same. It didn’t matter what they did.

One day I interviewed General Sir Mike Jackson, who was head of the British Army. The next day, I interviewed a guy called Danny Meyer, who was one of the world’s greatest restauranteurs. The answers to the questions I asked were almost identical. It made me think Danny Meyer could run the British Army, and General Mike Jackson could run New York restaurants. It boiled down to habits and behaviours.

It’s not one thing that somebody does. It’s regular behaviours repeated over time.

It tends to be things like doing the right thing, even when nobody’s looking. That’s a massive one.

Second thing is to constantly move out of your comfort zone. As soon as you become comfortable, stretch yourself again.

The third thing is surrounding yourself with the right people. 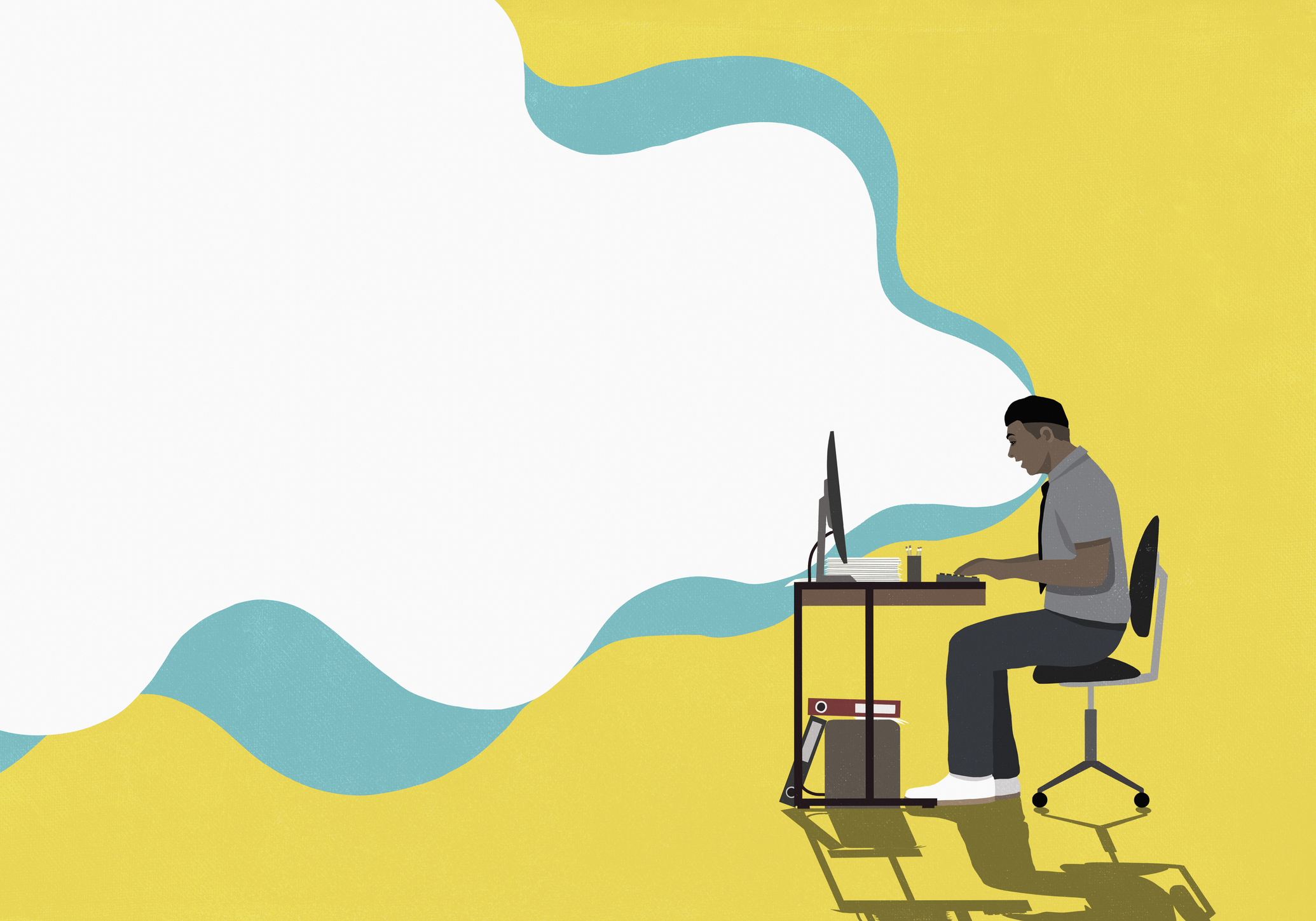 Who are the ‘right people’?

It’s people who really want to support you but also want to challenge you. So, for example, it’s sometimes very easy to spend time with people who love to moan. You might moan too and might feel better in the moment, but nothing changes long term.

I’m sure you’ve heard the phrase ‘toxic positivity’, how do you balance feeling grim but trying to be positive?

It’s okay to be negative. It’s okay to feel down. It’s how long you choose to stay there that matters. That’s the key thing.

One of the techniques that I teach my clients is how never to have a bad day ever again. Yes, of course, you’re going to have a bad half hour now and again, but do you want to hang on to that bad experience at work and then by the time you get home, relive it with your family?

As a coach, what impact has lockdown had on your clients?

Lockdown provided a space to pause for many people. I asked my community what they wanted to focus on during this time and 75% said they wanted to learn how to write a book.

So, I created a programme called Write That Book masterclass. And it was amazing success. I had no idea what would happen. 4,000 people did the taster programme, 400 signed up for the masterclass and we’ve had well over 100 people publish their books. It’s been a life changing process for everyone involved.

I’ve had a Tee-shirt made – ‘It’s not the book you read that will change your life. It’s the book you write’. The process of writing the book makes you better. The discipline of writing, the research that you have to do, the time you have to spend on character development…. Writing a book makes you a better, happier person, before it’s even published. Then once it’s published, it’s the most glorious feeling.

Whether you’re writing a book or setting any big goal, how do you beat procrastination?

I put the pro in procrastination! I’m brilliant at it. If procrastination was an Olympic event, I could enter for Great Britain and I would win. So, I use a couple of techniques.

The first one is I schedule. In the same way I might put in an important meeting, or I would put in an appointment or a birthday into my calendar I schedule my writing time too.

Thirdly, I created a technique called 17-minute sprints. Set your timer and then just write for 17 minutes. Everybody can find 17 minutes. But what happens is that you get in the flow and then you keep going. Once you start, most writers are pretty good at keeping on going. So, write for 17 minutes, then take a three-minute break, then do another two sessions and you’ve written for an hour. And that gets you into the habit of writing. And it’s amazing how much you can get done.

Whether it’s a book or a big goal, how do we overcome negative belief systems that might sabotage us?

If you think of a goal like a big rock. It’s very difficult to move a big rock and it’s easier to move pebbles – so break down the rock into pebbles. Just move one thing and then another thing.

The headlines are very gloomy right now. Do you have any advice for how to navigate the coming months?

There’s a famous book called Hope Is Not a Strategy. And I think we should turn it on its head and say, hope is a strategy. Hope is what we need more than anything right now. I think if we’re constantly living in fear, then we just cause more problems for ourselves.

If you want to support yourself, read a book. There are experts out there who can really help you with changing your mindset or looking for a more positive way to design your life and help you to feel happier. And while you’re at it, if you really want to change your life, why not write a book too?

How to break out of your comfort zone