Like many younger fans of the Doors, Leah Moore was intoxicated by their aura, their mystery, when she was a teen. The comics writer recalls being introduced to the band via 1987’s The Lost Boys, particularly the Jim Morrison poster the vampire teens kept in their cave. Then, in 1992, she convinced her physics teachers to take her class to visit Morrison’s grave during a class jaunt to Paris.

“It was pouring with rain, absolutely battering it down, and there was us, a really unpromising gang of nerdy 13- or 14-year-old kids in raincoats, but standing there at his grave felt monumental, truly epic,” she tells Rolling Stone. “All the flowers, and the incense sticks, and the graffiti.” 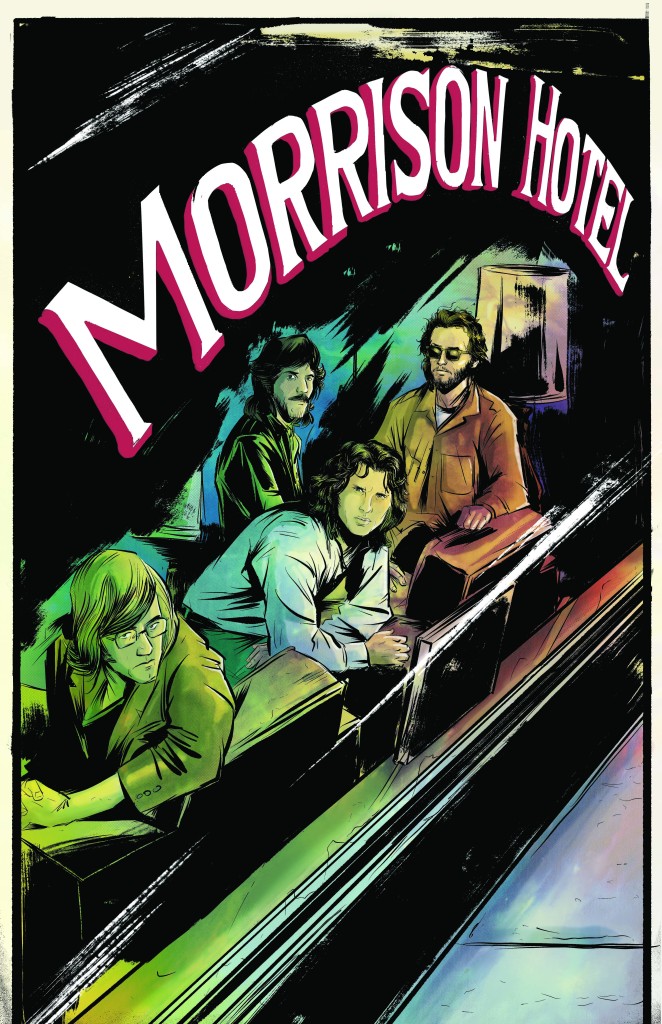 Now, Moore is tasked with writing her favorite band’s history in comic book form in honor of the 50th anniversary of 1970’s Morrison Hotel. Due out October 13, the Z2 Comics graphic novel will cover the album itself and the era that preceded it: the Vietnam War, the Civil Rights movement, the moon landing, the Charles Manson murders, the gigs the band played, the times they were arrested and the iconic musicians they met. According to Moore, John Lennon will make a cameo.

“I have loosely tied the stories to the tracks on the album, but also I am filling them with everything I can that puts you in that mindset, into that moment, where the album was made,” Moore says. “I mean, obviously you could write a whole book for each track, but I wanted the stories to just immerse you in one place.”

Moore — daughter of Watchman writer Alan Moore — will also be working on the story with the surviving members of the band, Robby Krieger and John Densmore. “If I’m honest with you, the idea of meeting those guys blows my mind,” she says. “They’re incredible, legendary people and artists, so just walking up and saying hi…yeah, I’m not sure that’s even sunk in as a possibility. I know if it happens I’m likely to gibber about being 14 in the rain in a cagoule and that’s so not cool.”

An array of artists will lend their talents to the visual aspect of the book, with the cover drawn by Chris Hunt.

“The Doors have so much theatre, and swagger and storytelling, they’re a totally natural fit for a comic,” Moore says. “The lyrics they wrote, and the energy they played with — I think the songs don’t just lend themselves to the medium, they actually cry out to be comics.”