A police force and neighborhood turned a sour moment into a sweet opportunity for two young entrepreneurs.

Twins Katelyn and Elias Smidt, 9, were running their lemonade stand as usual on Monday, but their beverage operation was interrupted when an unknown passerby reportedly stopped her car and grabbed their tip jar before she fled the scene.

The Smidt family called the Ames Police Department in Iowa to report the theft, but they had no idea local officers and their community would rally to help Katelyn and Elias make up the loss.

‘CREAMY LEMONADE’ TREND IS TAKING OVER TIKTOK: TRY THE RECIPE

In less than 24 hours, several officers and firefighters stopped by the lemonade stand to order a few fresh cups. 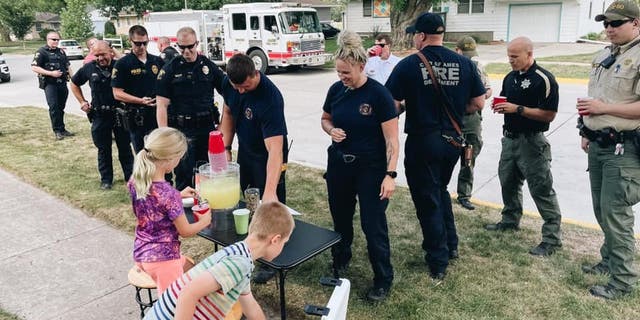 “Officer Rohland and the first responders of our community changed the tides when they showed up to show their support after the robbery,” Katelyn and Elias’ mother Karen Smidt told Fox News. “Our kids went from scared and unsure how to trust the next person…to wide-eyed, smiling and so excited to serve them lemonade.”

“Our street was filled with police cars and firetrucks and a whole lot of smiles,” she said. “Because of those first responders, our kids found a renewed sense of energy and wanted to open their stand the next day…and the next day. Our community showed up in a big way and we are and continue to be overwhelmed by the support.”

Representatives at the Ames Police Department did not immediately respond to Fox News’ request for comment.

An investigation into the theft is still in progress, according to Smidt. 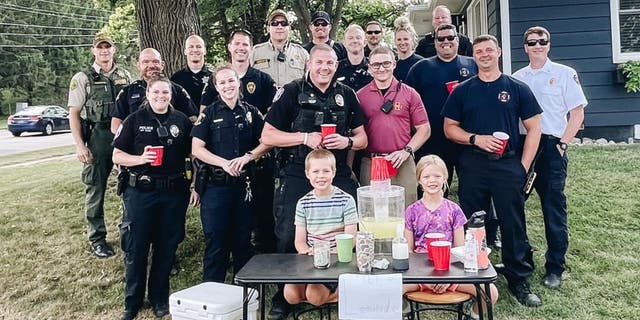 “Life is never without hard parts,” Smidt said. “The way our community has showed up has absolutely given our kids something they will remember for a lifetime.”

She went on, “This community has shown so many what it looks and feels like to really come together.”