And England fast bowler Mark Wood warned the trio could have jeopardised the three-match one-day series. 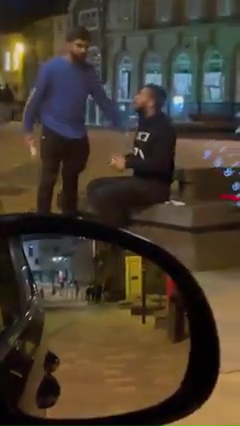 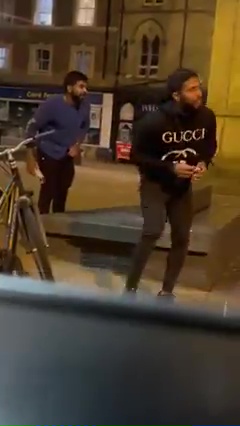 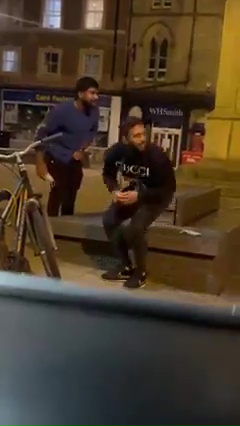 Batsman Kusal Mendis and wicketkeeper Niroshan Dickwella were captured in Durham city centre on Sunday evening in a video posted on social media.

The footage was apparently shot by a passing motorist and neither player was wearing a mask.

Another batsman, Danushka Gunathilaka, was with them but not shown in the video.

CASINO SIGN UP OFFER: GET £10 FREE BONUS WITH NO DEPOSIT REQUIRED

Durham is experiencing a spike in Covid infections and players were told to remain in their hotel. Sri Lanka Cricket have suspended the trio from all cricket until an investigation is finished.

Wood said: “They’ve dealt with it internally and we’re going to have to make sure we’re doubly vigilant now because little blips like this can put the whole thing in jeopardy.”

It is the latest blow to a weak Sri Lankan team already thrashed 3-0 by England in the Twenty20 series. The first one-day international in Durham on Tuesday will go ahead as scheduled.

SLC vice-president Moham de Silva said: “The players have been suspended pending a full inquiry and have confessed to going out. They are being recalled from the tour with immediate effect.”

Their actions could have threatened today’s match, which is a Government test event with around 7,500 spectators permitted.

England’s biggest Covid breach was last summer when Jofra Archer had to isolate and miss a Test match after diverting to his home in Brighton instead of driving directly from Southampton to Manchester.

Wood added: “We have our own measures, a Covid compliance officer called Phil Davies who tells us everywhere we can go and can’t do.

“Because Durham is quite high in terms of Covid, we were told we couldn’t go to any restaurants or coffee shops or even sit outside. We can go for a walk here but not in certain areas.

CRICKET chiefs have confirmed that the Twenty20 World Cup in October and November has been moved from India to UAE.

The Covid-19 situation in India forced the change and matches will be played in Dubai, Abu Dhabi, Sharjah and Oman. The schedule has yet to be finalised.

Official figures show almost 400,000 Covid deaths in India but the true number is feared to be much higher. There were 46,000 new cases today.

The conclusion of the suspended Indian Premier League will also be staged in the UAE in September – but England players will not be permitted to play.

“I don’t know if Sri Lanka’s rules are more lax than ours – every team is different – but we take it very seriously. At times, it’s hard for some of the lads because they want to get out and do things but, especially in a hot spot like Durham, we have to be more rigid.

“In Southampton at the weekend, we were just in the hotel. In Cardiff last week, we could walk around the docks a little.

“We try to act within the guidelines and be as normal as we can. We’ve done it quite a bit now and try to find ways of keeping your mind and body ready for matches.”

Wood’s ebullient character and 90mph thunderbolts have made him a hero in the North-East and he loves playing at his home ground.

Wood explained: “I’m from Northumberland and play for Durham. I feel as though I represent the whole region and so does Stokesy when he plays.

“We always hope to make people proud and maybe inspire a few kids around this area to try to whack it like Stokes, catch it like Stokesy or to bowl fast like myself.

“Every time I come here, I have a huge smile on my face, especially with England colours on.”