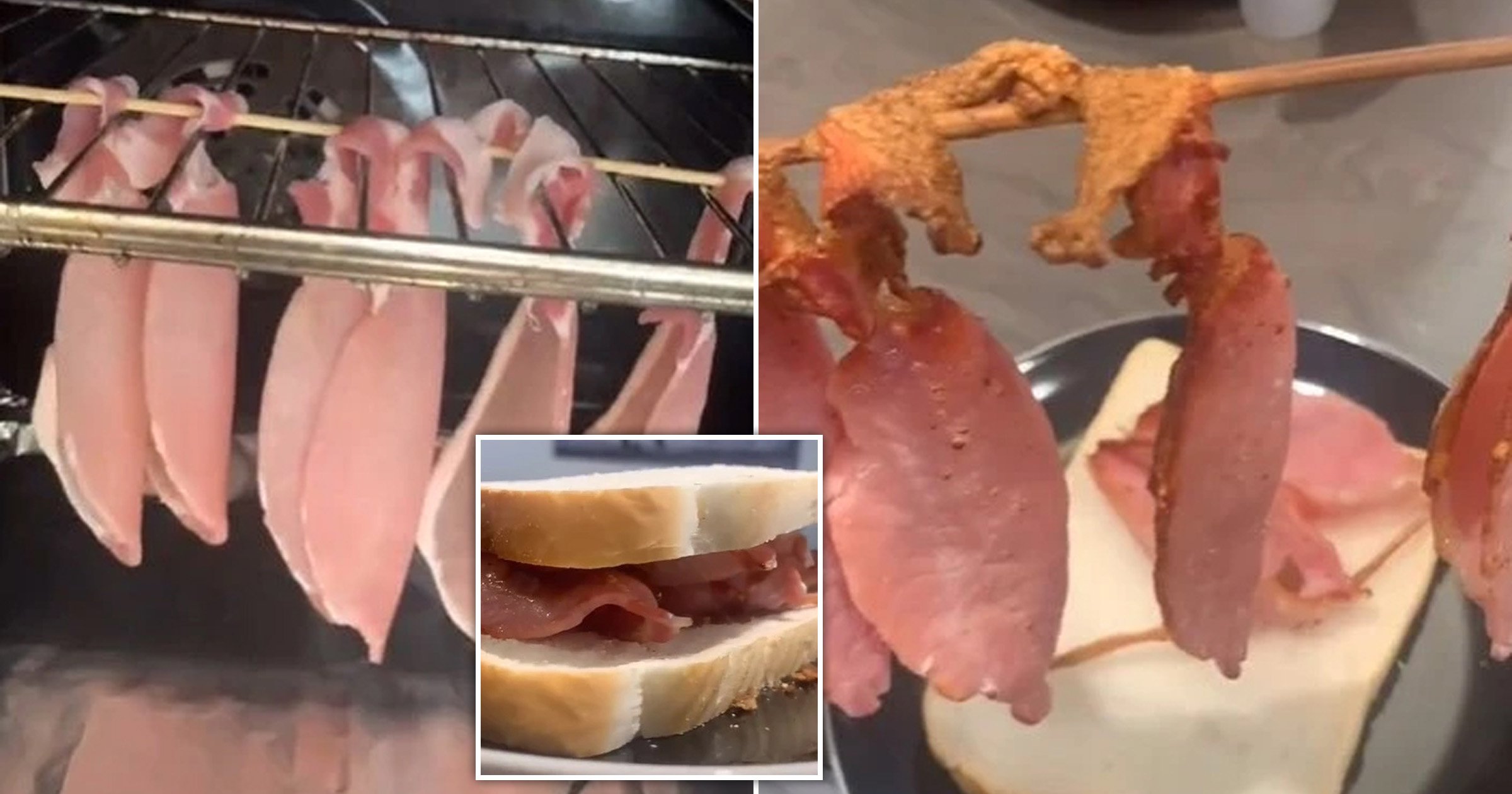 Bacon is not really the food item you would go for if you’re trying to make healthy eating choices.

But one TikTokker has gone viral for claiming there’s a healthier way to eat the breakfast food.

Apparently, a certain cooking technique can lessen the amount of fat on the meat.

A content creator on the Right Guys Review account demonstrates by putting a wooden skewer through strips of bacon, going through the fattier ends.

After the skewer is loaded up with several pieces of meat, it’s then placed in the oven dangling down, so the bacon hangs.

Then a baking tray covered in foil goes underneath, to avoid mess.

As the bacon cooks, some fat drips down onto the tin foil below – but some viewers are sceptical about whether it even is the fat.

Then meat is pulled off the skewer and ready to eat.

Some were impressed with the hack, with one person saying: ‘I’ll try this next time hahaha’.

But many pointed out a flaw – claiming the dripped liquid was just water.

‘That’s the added water dripping, not fat,’ someone wrote.

‘Yeah there’s lots of liquid on the tray that’s because of all the water they inject into bacon before it’s cut,’ another added.

Shedding light on the debate, nutritionist Holly Snowdon tells Metro.co.uk: ‘I don’t think this would make much difference to how “healthy” the bacon is, as the white fat is still on the rashers, which contains the most saturated fat (and is not ideal when frequently consumed in large quantities).’

Bacon is bacon at the end of the day – the healthiest option would be to skip it.

But if you want it, just enjoy it.