Sir Tom Jones and Elvis Presley’s friendship is the stuff of music industry legend. Elvis grew very fond of the young Welsh singer in his final years, and Sir Tom has openly expressed how The King inspired him. But one story about their time together has left fans totally shocked, having never known how close they truly were.

In an interview with American host Conan O’Brien, Sir Tom revealed a very close moment he had with The King after a gig in Las Vegas.

During Elvis’ later years, he performed in Las Vegas, as did a young Sir Tom.

It turns out pair were very close indeed, even to the point of sharing some very intimate moments in a bathroom.

Sir Tom revealed to O’Brien back in 2015: “He was at the Hilton in Las Vegas and I was at Caesars Palace and he used to stay on, as we used to do a month and we used to overlap.

READ MORE: Elvis Presley wife: Why did Elvis and Priscilla split up? 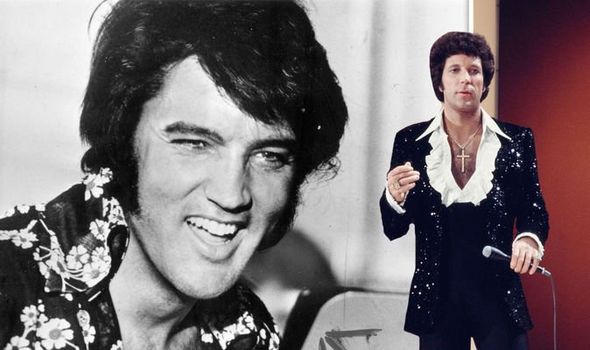 “So after he finished his month he would stay to watch me and he would come to the show most nights.

“This one time he had this song somebody had tried to pitch to him. So he was in the wings and when I came off the stage he was like, ‘Oh I’ve got this song man,’ and I was like, ‘I’ve got to jump into the shower.’

At this point, Sir Tom began to shake his hand in an Elvis way, while singing in a fantastic Elvis impression. 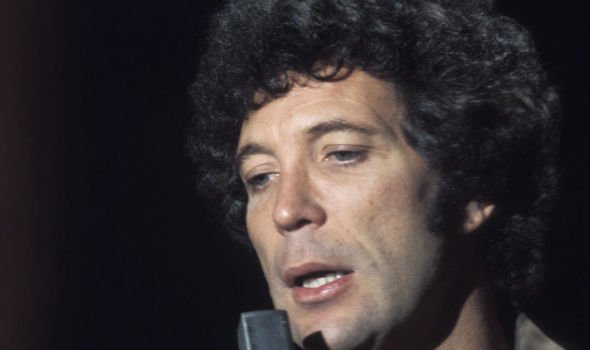 “So when I got the soap out of my eyes, he was over the shower door – he was right there, and I said ‘Elvis, I’ll be right there!’”

With this, O’Brien was totally shocked and laughing, but the story got even stranger.

Sir Tom described how Elvis continued to sing to him, before he added: “I got out of the shower and I say he’d been to the toilet in my bathroom while I was in the shower. 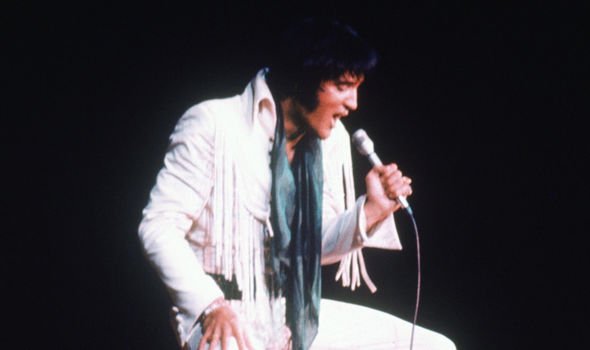 “He was wearing a North Beach leather outfit – a lot of us used to – and they weren’t lined, they were just natural leather.

“So he was standing there, cleaning up and looking in the mirror. So I’m naked and he’s half naked.”

At this, O’Brien was shocked to hear Elvis had not even pulled his trousers up while they were having a conversation.

Sir Tom implored fans to believe him, before continuing: “His pants are down round his ankles. So he’s standing there, singing this song to me. 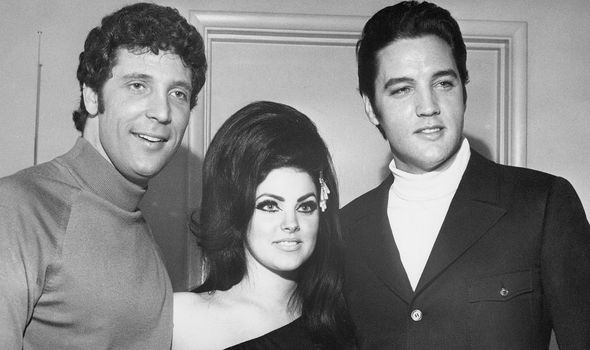 “I’m trying to towel down and I said, ‘You know, Elvis, your pants.’ And he went, ‘Red!’ because he had a bodyguard called Red.

“So Red busts through the door thinking there’s something wrong… but Elvis says, ‘My pants, man.’”

However, Sir Tom explained he had to pull up Elvis’ trousers due to the tight leather, not just because he was “too celebrity” to pull up his own.

The story left O’Brien and fans in stitches.