Kourtney Kardashian and Travis Barker get handsy during dinner date

Last week, Barker, 45, was tagged in an item from the celebrity Instagram account, Deuxmoi, about allegedly dining with girlfriend Kourtney Kardashian, 42, her ex, Disick, 38, and model Hamlin. In response to the report, a commenter quipped about the “awkward” double date on the “Kardashian video” page.

“It’s so odd to me like what does a 2001 baby have to do w these grown ass people i know that dinner was awkward as hell,” the user wrote, which appeared to catch Barker’s attention as he allegedly “liked” the comment.

Barker has been dating Kardashian since January, with the couple making their relationship Instagram-official a month later. Since going public with their romance, the PDA-train has continued with the Blink-182 rocker calling the Poosh founder the “love of [his] life.”

Barker was previously married to Shanna Moakler, with whom he shares 17-year-old son Landon and 15-year-old daughter Alabama. In a recent interview with Page Six, Moakler told us that she and her children aren’t speaking after Alabama accused her in May of being an absentee parent.

Moakler, who was married to Barker from 2004 to 2008, also said she wished her ex and Kardashian “the best.” 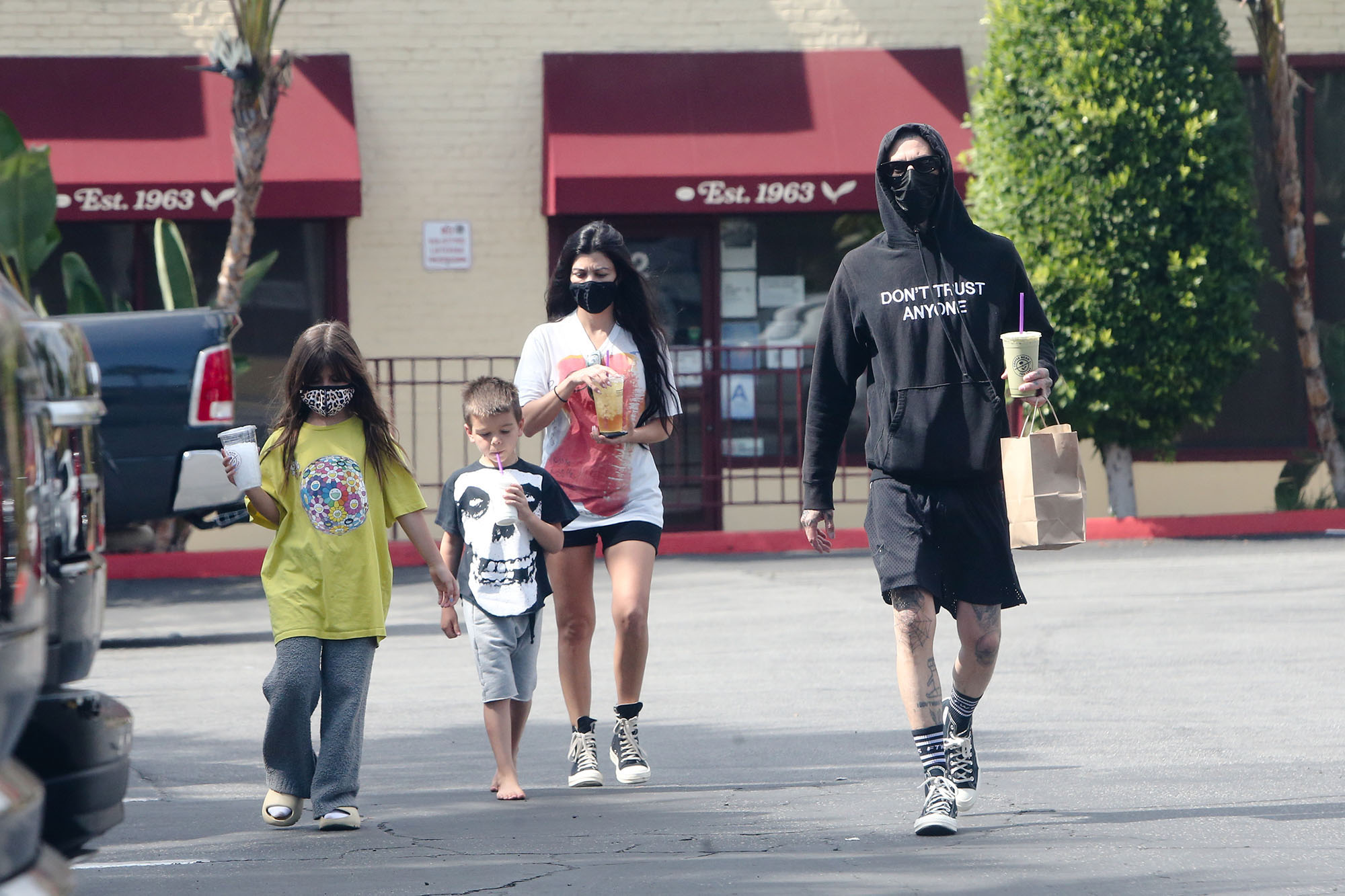 Prior to her romance with Barker, Kardashian and Disick dated on-and-off for several years and also share three children together: sons Mason, 11, Reign, 6, and 8-year-old daughter Penelope.

Disick, meanwhile, has been linked to Hamlin since October 2020, following his nearly three-year romance with Sofia Richie. They parted ways in May 2020.

Like Kardashian and Barker, Disick and Hamlin also made their relationship social media-official in February.

Hamlin, the daughter of “Real Housewives of Beverly Hills” star Lisa Rinna and Harry Hamlin, recently posted a gushy birthday tribute to Disick, who turned 38 on May 26.

Disick also celebrated in lavish fashion, handing out diamond necklaces and watches as favors for his birthday festivities.