Inside the Kardashian ‘curse’: How men within the famous family struggle

From fries to footwear.

The “Highest in the Room” rapper teased the drop earlier in the week, tapping NBA star Richard “Rip” Hamilton to pose with the new kicks.

Adding in some of Scott’s signature flair, the beige sneakers feature pops of bright orange, glow-in-the-dark soles and the superstar’s Cactus Jack branding on the lace lock and right heel.

The sneakers are already sold out — even in toddler and little kids’ sizes — as is the accompanying apparel collection, which includes a utility vest ($15), pool shorts ($90) and more khaki-colored pieces inspired by the “dusty oil fields of Texas.” 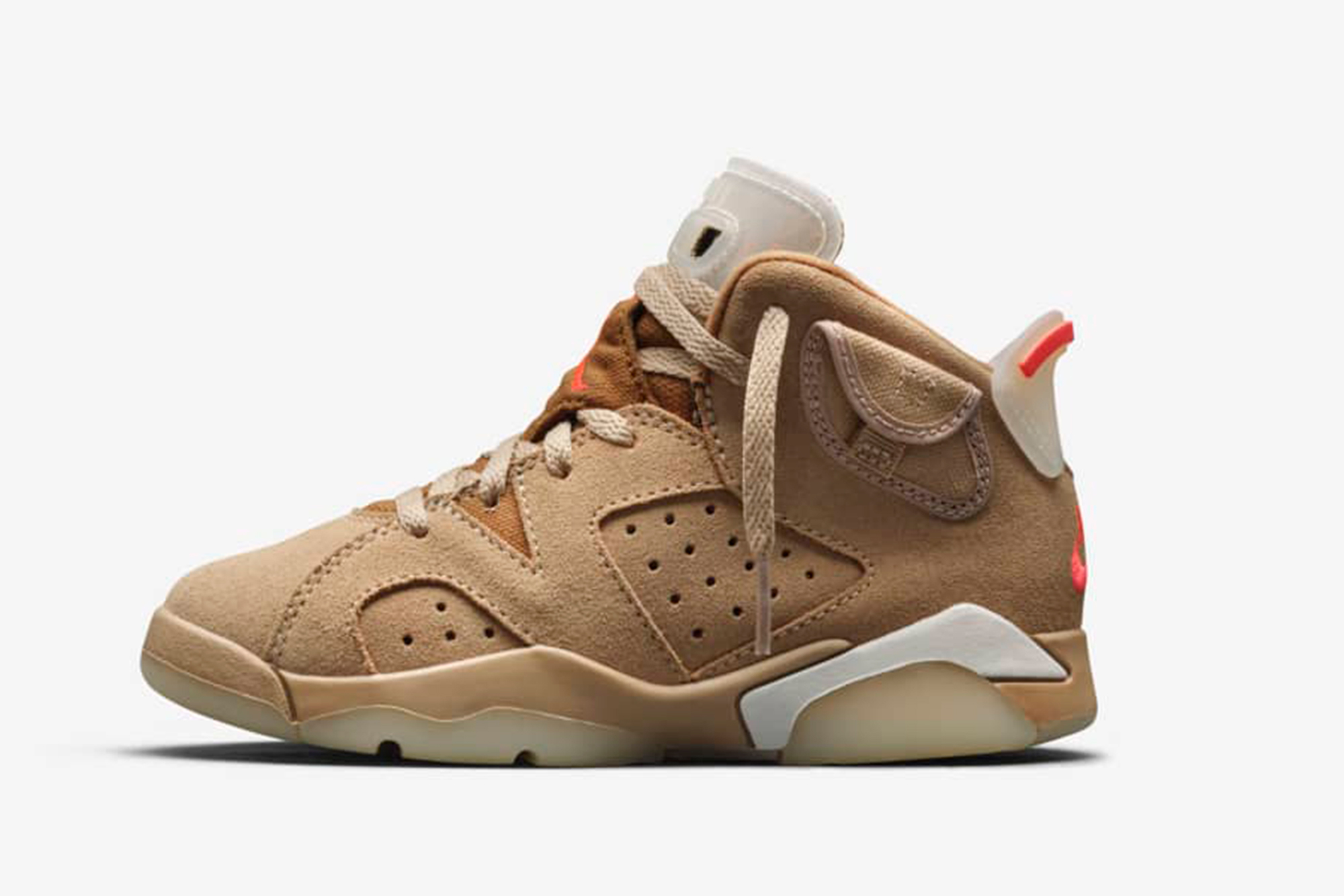 For those desperate for a pair of Scott’s latest sneakers, it’s likely that multiple sizes will soon hit resale sites — at majorly marked-up prices, of course.

“To celebrate Travis Scott’s birthday? Buy his shoes at resale prices that are shamefully high,” one critic tweeted.

The “Sicko Mode” rapper, who reportedly made $100 million in 2020, is no stranger to brand collaborations. In addition to lucrative deals with Playstation and Nike — the latter of which earns him “$10 million a year or so,” per Forbes — Scott teamed up with McDonald’s last fall to create his own meal for the fast food chain.

Last month, he even got a taste of success in the beverage industry with his sold-out Cacti agave spiked seltzer.