The Gypsy King was the number-crunching boss on Thursday morning as the WBC champ and wife Paris attacked their stomach muscles. 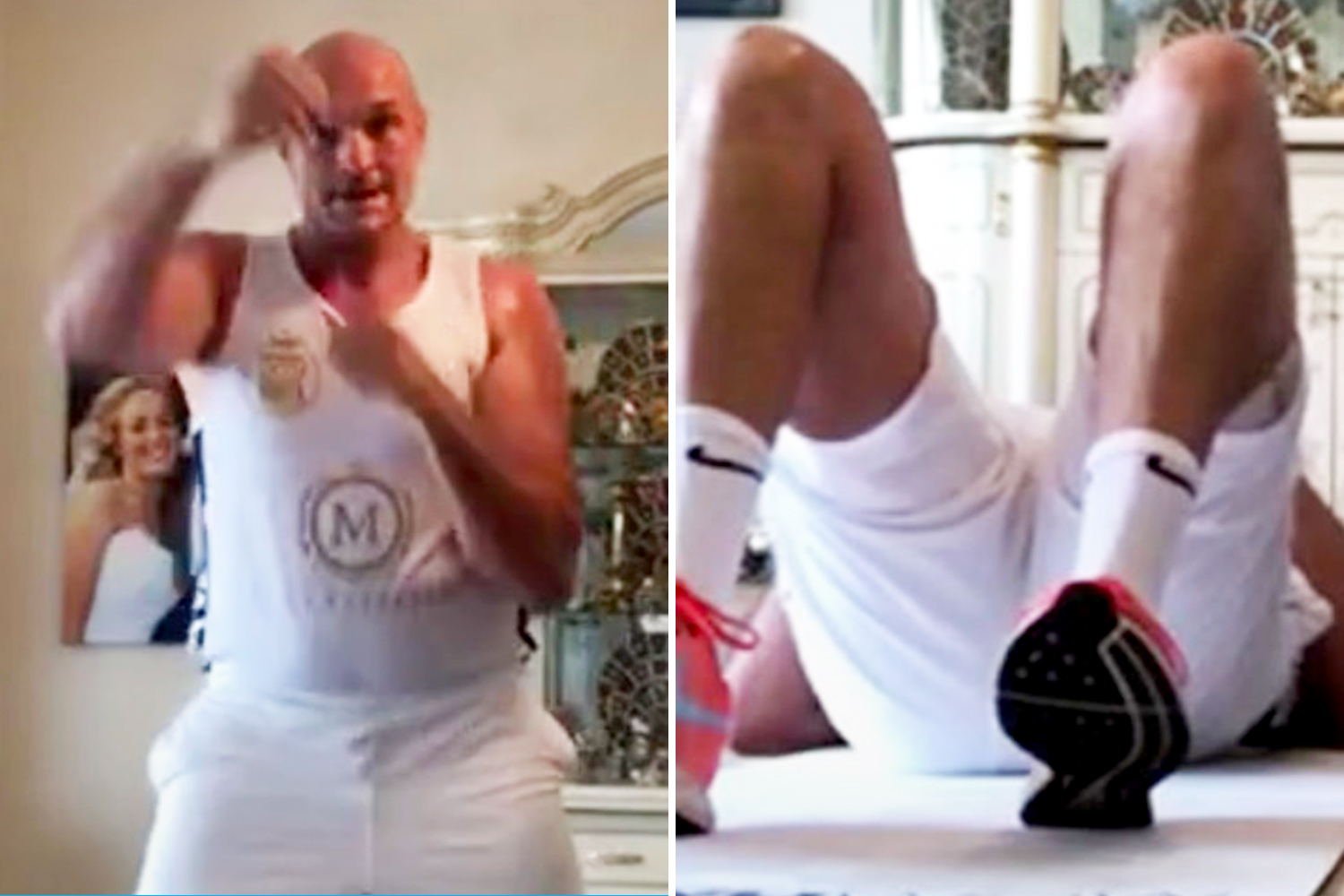 Breaking the 47-minute routine down into three sections of upper, core and lower abs, the Morecambe pair rattled out a gut-wrenching number of exercises.

When Tyson had a hard night’s work against Otto Wallin last year, influential father John was deeply concerned he was worrying too much about his six-pack and not enough on his boxing.

But, with the Covid-19 lockdown ruling out sparring and ant training with Detroit-based coach Sugar Hill Steward, Tyson is free to tone his tummy.

“Absolutely fantastic work, everyone should be proud of themselves, 700 abs isn’t easy, I have a right sweat on.

“Everyone has made a fantastic effort today and well done Paris.

“A 47-minute work-out was fantastic, who says home work-outs have to be easy?”

'WEAK AS AS KITTEN'

Last September when Fury needed 12 bloody rounds and a one-sided points decision to beat Wallin in Las Vegas, Big John was worried he was doing too much gym work.

The imposing former boxer said: “He was as weak as a kitten. His body looked a lot softer tonight.

“He is not an 18st fighter, he wants to be body beautiful. I have seen this coming. I saw this coming.”

Tyson beefed up again to 19st 7lbs for the February Deontay Wilder rematch and demolished the banger in a masterclass.

On Wednesday, Fury looked heartbroken as his WiFi failed AGAIN during his live lockdown workout.

Despite spending £500 upgrading his wifi connections at his Morecambe home, the Gypsy King continues to experience issues.

Family Fury were stopped in their tracks numerous times in the first 15 minutes with the live video cutting out.

Tyson looked crestfallen every time he appeared back in front of the camera once connection had been re-established.

On Monday, Paris stormed out of the duo's workout after calling him "an a***hole" after Tyson went live with the camera the wrong way around.