Doctors warn a national vaccination advertising campaign is needed now, not when more doses are available, so the Commonwealth can combat misinformation being spread across the country.

There is no confirmed start date for the new communications campaign aimed at encouraging more people to come forward for vaccinations, but the federal government has allocated $41 million to educating Australians on the vaccines. 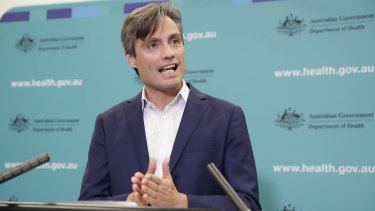 Royal Australian College of General Practitioners President Dr Karen Price said the vaccine rollout has now been reset twice, with two changes to the AstraZeneca advice, and it was crucial to give people up-to-date, evidence-based information about the program.

“There are certainly people who are having questions about their second dose, and we’ve got questions from the older cohorts, or refusals, which is a real concern,” she said.

“I think that we risk pandemic fatigue, and then negative speculation if we are not addressing these issues.”

Some of that negative speculation has come in recent weeks from controversial billionaire Clive Palmer, who has paid for radio advertising and letterbox leaflet drops criticising Australia’s medical regulator, the federal government, and COVID-19 vaccines.

A Department of Health spokeswoman said the department and Australia’s medical regulator take the spread of vaccination misinformation seriously, and the Therapeutic Goods Administration has written to Mr Palmer directly about its concerns.

“Australians should only rely on trusted information sources, including australia.gov.au and health.gov.au, the official Australian Government websites for COVID-19 information,” she said. 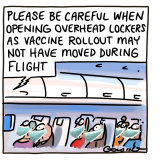 “Work is under way on the next phase of the broader communications campaign, which will be timed with the ramp of the vaccination program. A start date for this new campaign is being finalised,” she said.

But Dr Price said the community needed to know more from trusted sources now, not when the country had more supplies.

“If we wait for supply to increase before ramping up a campaign, we are risking more people becoming hesitant in the meantime,” she said.

Other countries including New Zealand, Japan and the UK already have advertisements aimed at engaging the population and educating them on vaccinations.

In the meantime GPs were stepping in to answer those questions, Dr Price said. A survey from the college found 92 per cent of members said improvement was needed in the public awareness campaign around vaccines.

“GPs on the frontline delivering these vaccines see that more action is needed,” she said.

Dr Price was also concerned about the work being done to reach targeted groups including people in culturally and linguistically diverse communities.

“It has to be targeted for particular people — pregnant women, breastfeeding women, you know, culturally or linguistically diverse peoples,” she said.

“Now is the time for the government to step up and work harder to communicate to Australians why delaying or avoiding getting the vaccine is so much riskier than getting vaccinated. We are now in the winter months and the situation is only going to get riskier. The time to act is now.”