EMILIANO MARTINEZ broke down as he spoke about his family on BBC TV – after helping Arsenal win the FA Cup final.

It has been ten difficult years at the Emirates for the Argentine and he turned on the tears as he spoke about that – and then was forced to end the interview early. 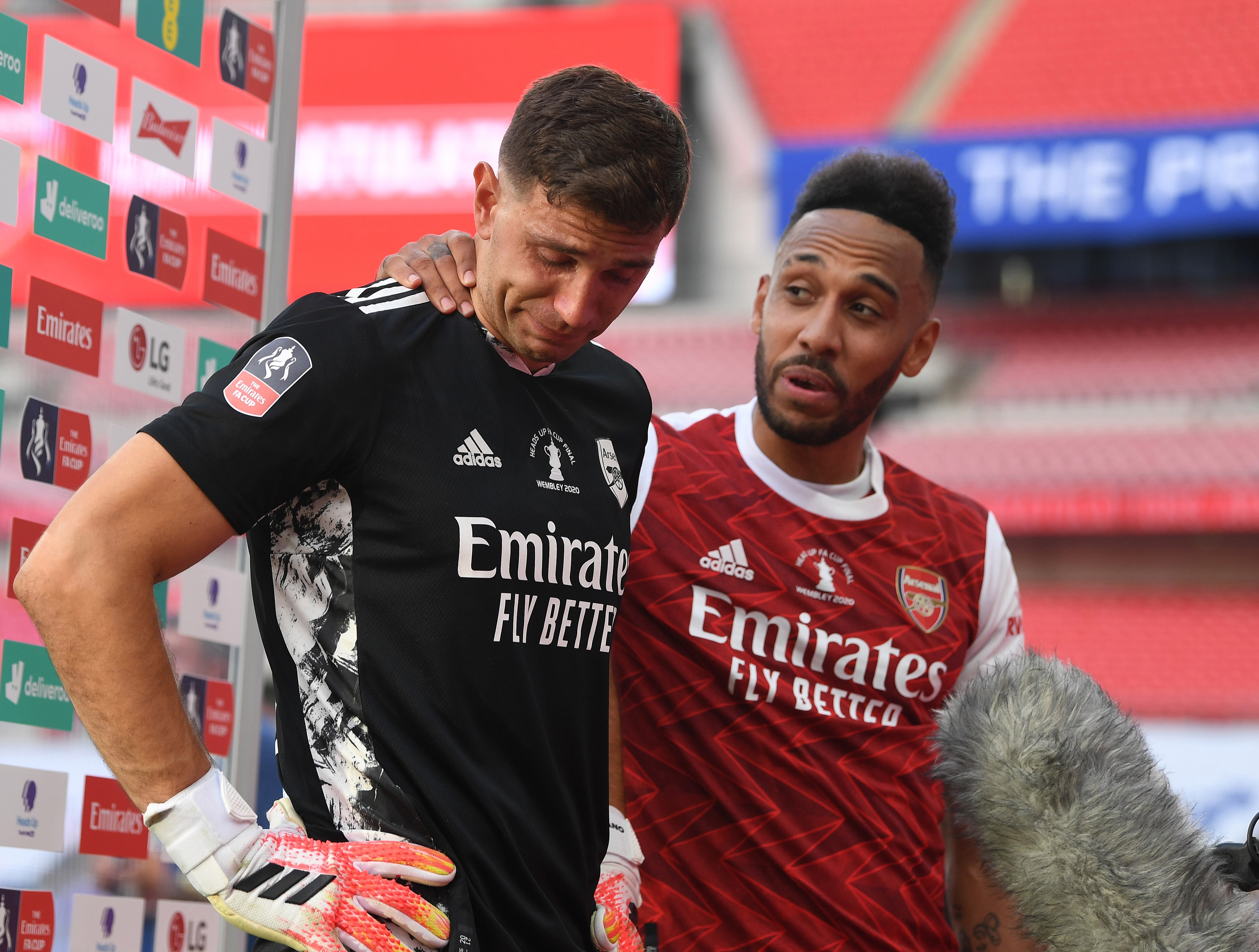 He has been loaned from one club to another.

But, having replaced the injured Bernd Leno during lockdown, Martinez has come into his own and been in fantastic form.

He shone during the Cup final win over Chelsea, dominating his area and keeping out Blues' attacks.

However, his stern demeanour turned to jelly as he spoke about his family when being interviewed afterwards – and spoke about his tough times growing up in South America.

The tears soon flowed as the 27-year-old – who arrived in North London as17-year-old after signing from Independiente – recalled his time at the club.

Martinez had been loaned out six times and made just 14 appearances prior to this season.

Given his opportunity through Leno's injury he has produced a series of commanding displays – and won praise from Gunners legend David Seaman.

He said: "I had seen my dad crying late at night because he could not pay the bills.

"I remember the day that me and my brother ate and not my mum and dad."

The Argentine was pictured on the pitch afterwards presumably on a social media call to his family – and he could not hold back the tears.

He could have been sent off for handling outside his box late on, but the Gods conspired to give him his moment in the sun.

Speaking about his poverty-stricken childhood in Argentine capital Buenos Aires, he became increasingly emotional in front of the BBC TV cameras.

Martinez had left his crying family as a 17-year-old to journey to North London after being signed by then Gunners boss Arsene Wenger.

He had said: “At that time I was living in Buenos Aires and playing for Independiente and I would only see my family twice a month because they couldn’t afford the petrol to drive from their home in Mar Del Plata.

“So when Arsenal offered to buy me, I had to be brave. I was 17-years-old and I said ‘yes’ for my parents.

“We came from a poor, poor family and for them to see me winning a trophy and getting a medal would be something special."

He has been loaned out to Oxford, Sheffield Wednesday, Rotherham, Wolves, Getafe and Reading without ever establishing himself as a first team regular after a £1.1million move from Argentina.

But throughout this time he refused to give up on his Arsenal dream.

And he was finally rewarded.

His journey from the back streets of Buenos Aires to Cup Final hero at Wembley is completed.

His efforts are set to be rewarded with a bumper new contract at the Emirates.

Related posts:
LyfeStyle News:
Fortnite finally has cars. Here’s your guide on where to find & drive them
Arsenal boss Mikel Arteta buys £20,000 guard dog after series of high-profile raids on Premier League stars houses
Who Wants To Be A Millionaire player uses lifelines on 'easy' question
How Many Major Lawsuits Have Meghan Markle and Prince Harry Filed?
Angel investor wants to hire teacher for backyard 'microschool'
Recent Posts
This website uses cookies to improve your user experience and to provide you with advertisements that are relevant to your interests. By continuing to browse the site you are agreeing to our use of cookies.Ok