The two skippers came together for the coin toss and it was there Chiellini got hands on with Alba. 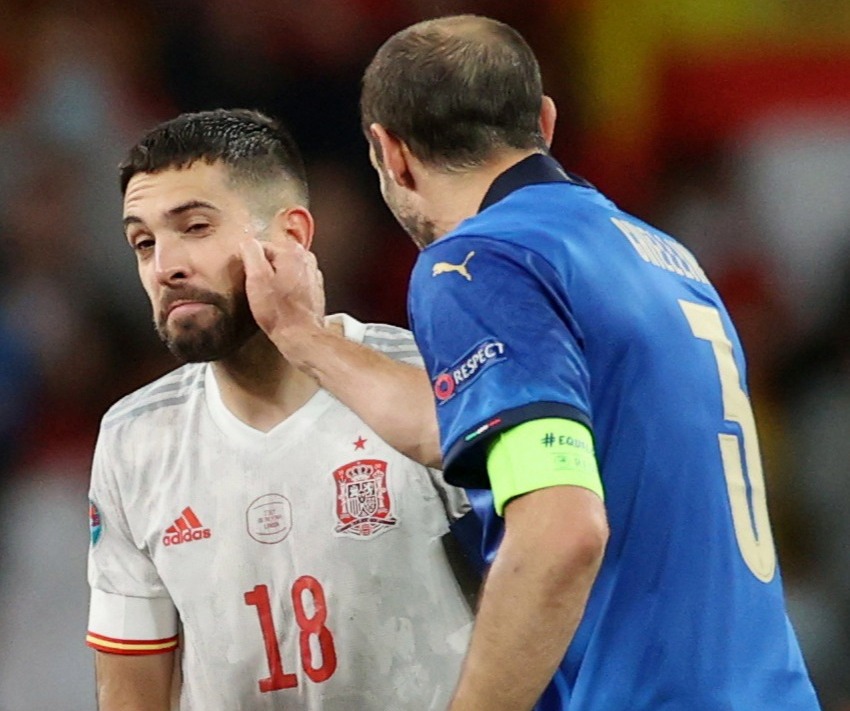 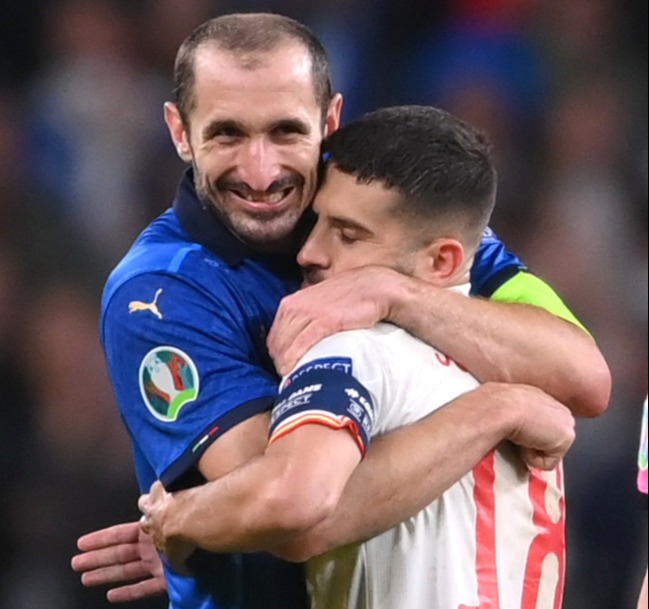 He grabbed, pushed and even playfully punched the Barcelona left-back despite then giving him a hug.

According to the Mail, Alba was under the impression that referee Felix Brych's coin had fallen for Spain.

It had a blue an a red side, and when it came up red the left-back thought he had the pick of the ends – but red had actually been designated to Italy by German official Brych.

Two tosses took place, first to decide the ends and then who shoots first, and both landed for the Azzurri.

Fans picked up on the bizarre embrace and were convinced Juventus legend Chiellini was doing his best to get in Alba's head.

Some even suggested he was 'bullying' his smaller rival.

Another posted: "He was playing mind games and Alba knew it."

One commented: "The penalty shootout was over before it began. Italy had this wrapped up."

Another said: "Still can’t get over how funny Chiellini was before the shootout, the bloke punched Alba, bear hugged him a few times, and pushed him.

"It was absolutely ridiculous and very enjoyable."

JOIN SUN VEGAS: GET A FREE £10 BONUS WITH 100s OF GAMES TO PLAY AND NO DEPOSIT REQUIRED

The European Championship semi-final was played at Wembley but still had Italian and Spanish fans in attendance.

Before the coin toss, Spain keeper Unai Simon sneakily began walking down towards the end which had the majority of his fans sitting.

But after Chiellini won the toss, he chose the end where Italian supporters were sitting.

It proved a smart decision, as they went on to win 4-2 on penalties and on Sunday will face the winner between England and Denmark.