HARRY MAGUIRE has left fans and pundits speechless after producing a miss of the season contender in Manchester United's Europa League clash against AC Milan.

The 28-year-old struck the post from a yard out after getting on the end of a Bruno Fernandes flick-on from an Alex Telles corner in the 38th minute at Old Trafford. 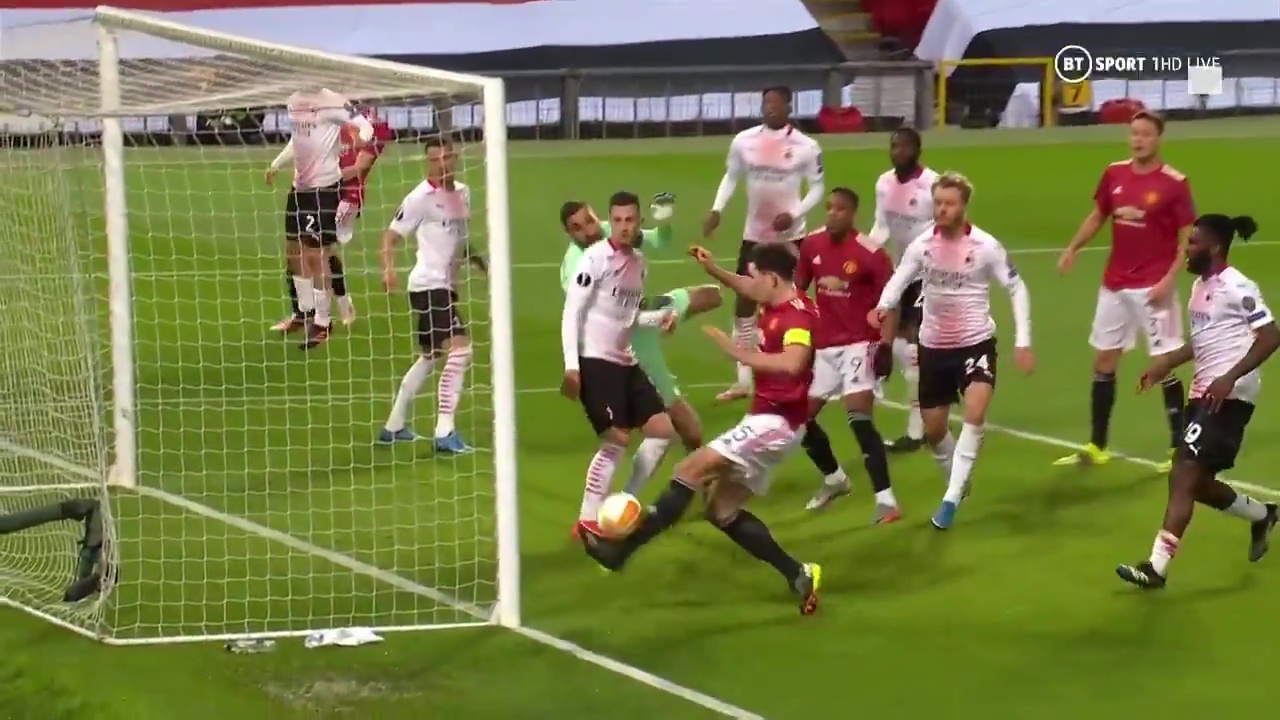 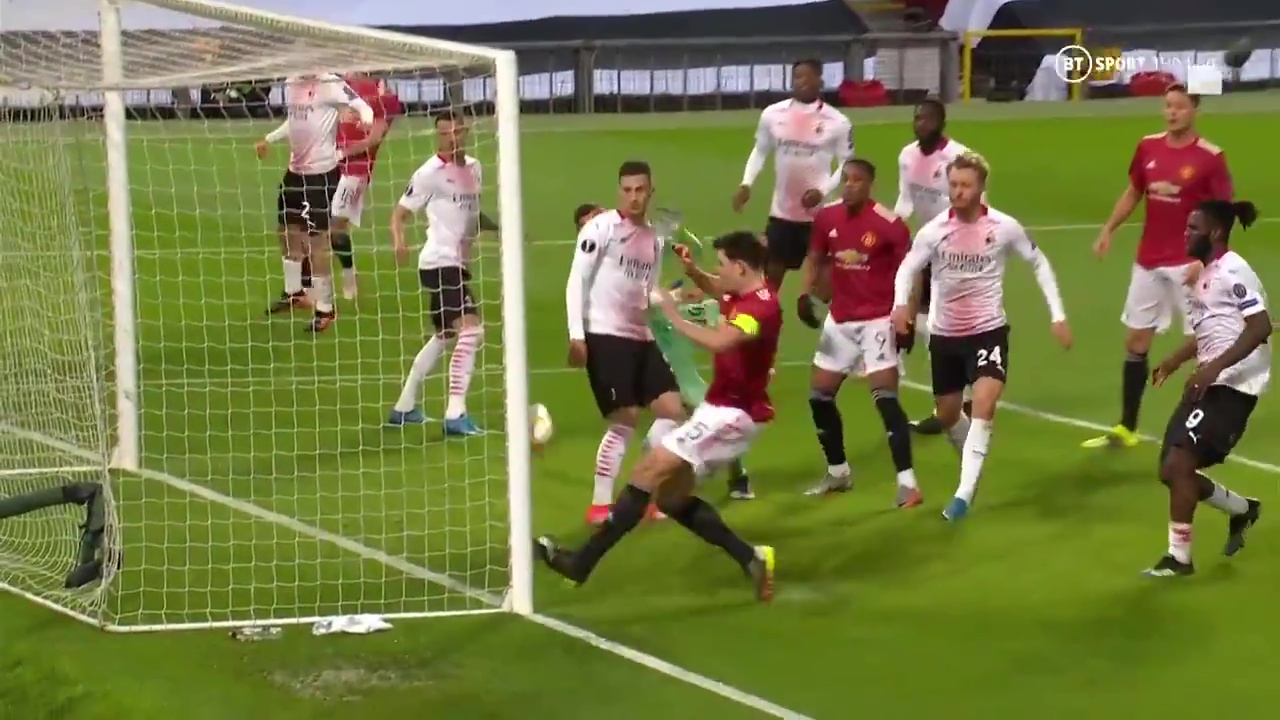 Maguire found himself in an unmarked position at the back-post, but he somehow failed to divert the ball into the back of the net.

BT Sport commentator Robbie Savage was left in disbelief, as he remarked: "Wow… he's hit the post from a yard, that is quite incredible.

"Keeper gets a touch, it's come off his shin pad! How has he missed?

"I've got no idea [how he missed]. A lack of concentration? Did it come off his shin? Did the keeper get a touch?

"Whatever the excuse, he's got to score." 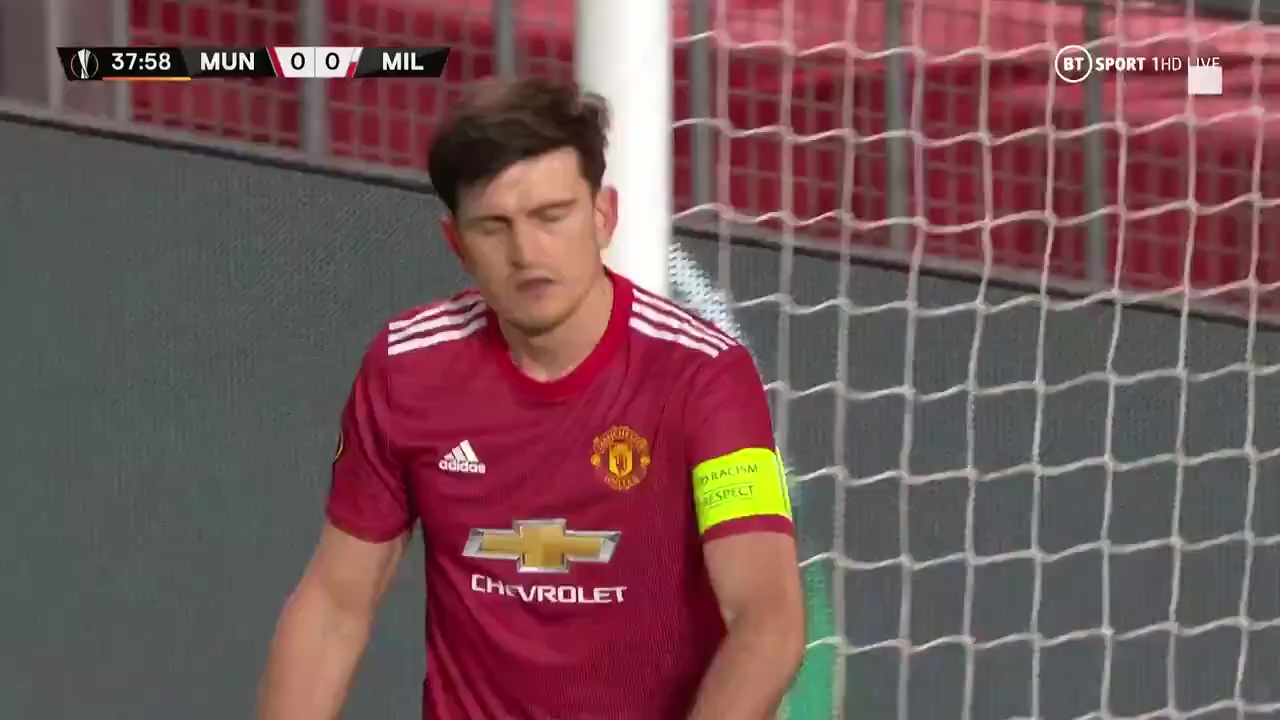 A third added: "HARRY MAGUIRE JUST PRODUCED ONE OF THE WORST MISSES YOU’LL EVER SEE."

Meanwhile one user tweeted: "Harry Maguire has just missed one of the easiest chances one can have. OH MY GOD!!!"

Thankfully for the England international, his blushes were spared as teenage sensation Amad Diallo put United ahead in the Round of 16 first leg in the 50th minute.

However Ole Gunnar Solskjaer's side conceded a late equaliser as Simon Kjaer got the visitors on level terms.