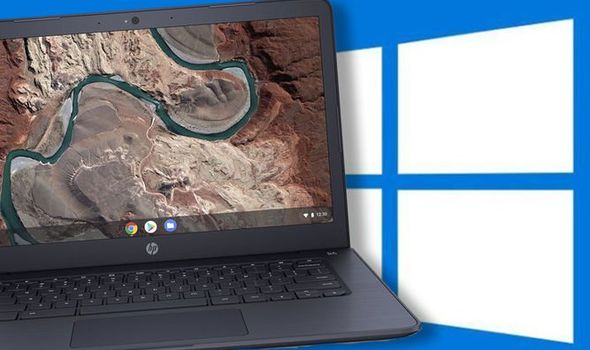 Windows 10 remains the champion when it comes to user numbers with this operating system commanding a huge lead over its rivals. Latest figures suggest Windows 10 is installed on over 70 percent of the world’s PCs which proves just how dominant Microsoft’s software is. However, the Redmond firm might not want to rest on its laurels with Google-powered Chromebooks just having one of their best years to date.

According to new stats from research firms Gartner and Canalys, sales of these super affordable laptops in 2020 were up a staggering 287 percent on Q4 of 2019. That’s some impressive growth with it thought fans of these machines bought more than 30 million of them during 2020.

There’s obviously a number of reasons why things have been so good for the Chromebook with the current health crisis one of the biggest drivers for sales. With millions of us forced into lockdown and schools also shut many have been needing a way to get online for work, fun and education.

Along with being incredibly simple to use and secure, Chromebooks offer a very cheap alternative to Windows 10 with laptops available from as little as £239.

“Demand for Chromebooks is through the roof,” said Canalys Research Director Rushabh Doshi. “With many countries being forced to accelerate their digital education plans in the wake of additional lockdowns, schools and universities are clamouring for easy to deploy solutions and Google’s digital offerings for education are proving quite popular over rival platforms.”

The rise of the Chromebook is sure to continue especially there’s no confirmation on when the current UK lockdown is coming to an end.w

Of course, it’s not just Chromebooks that have seen huge growth with Apple’s Mac range also getting a boost.

Apple recently confirmed that the total sales of Macs in 2020 was around $20billion which is a new record for the US firm.

“Apple capped off a fiscal year defined by innovation in the face of adversity with a September quarter record, led by all-time records for Mac and Services,” said Tim Cook, Apple’s CEO.

Apple’s financial chief Luca Maestri said the company also saw “amazing customer response” to the new MacBook Air. The US technology firm is expected to announce even more machines this year as it continues its switch from Intel power to its own-brand M1 processors.