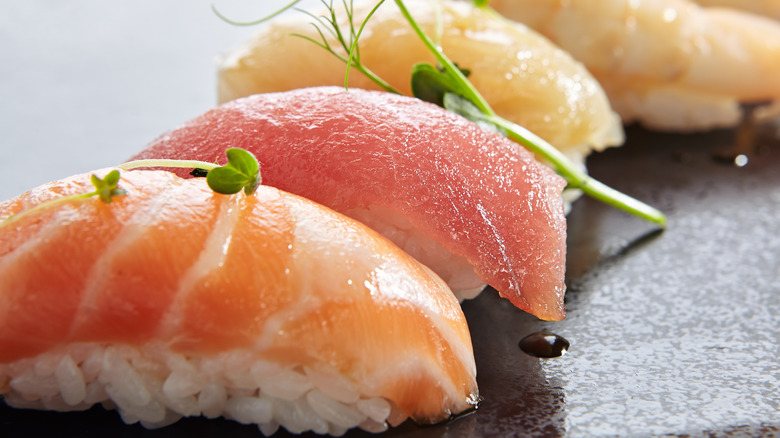 Sushi is a delicious delicacy in Japan, but it’s often misinterpreted in the U.S. with people equating it to the raw fish they see at their local chain grocery store, according to The Kitchen Community.

What people often don’t understand is that sushi is prepared with the highest quality fish, not the fish you see sitting in a meat display case all day. This means that you’re getting freshly caught fish that is responsibly harvested. The Kitchen Community notes that the two most common fish used for sushi are tuna and salmon.

Two delicious ways to eat sushi are in what the Japanese call nigiri and sashimi. These are two different preparations of the fish dish that each have their own unique flavor palettes and benefits. A lot of people think of sushi as only being rolled, but these two forms don’t come in rolls; they’re completely unique. No matter which you try, both sashimi and nigiri are typically accompanied by soy sauce, wasabi, and pickled ginger on the side to enjoy with the fish (via Tasteessence). 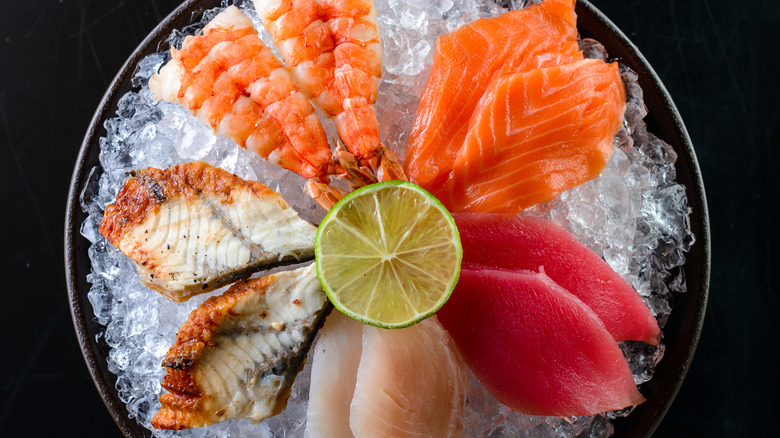 Nigiri may be more recognizable than sashimi. Nigiri consists of just two key components, rice and fish, and takes a shape that most people will probably recognize. Literally meaning “two fingers,” pieces of nigiri are about two fingers wide, and they take just two fingers (or chopsticks) to eat (via The Kitchen Community). But what are these two-finger-wide delicacies? The Kitchen community explains that nigiri are clumps of rice that are seasoned with wine vinegar and formed into oval shapes, then topped with a thinly sliced piece of fish or other seafood, such as shrimp. The fish drapes over the rice, and it makes for a perfect one or two bite food.

Sashimi, on the other hand, nixes the rice, according to Tasteessence. Sashimi is technically not a type of sushi, as it doesn’t have rice or anything other than the fish itself. Sashimi is the same thinly sliced fish that you would find hanging over nigiri rice; you can find sashimi at most sushi places despite it not being a type of sushi itself.

What’s more, The Kitchen Community notes that non-fish meats such as chicken can even be found as sashimi. Because it’s just meat, sashimi is recommended to be eaten with a dab of wasabi and a dip into soy sauce and then eaten all in one bite. This will give you a ton of flavor all at once.