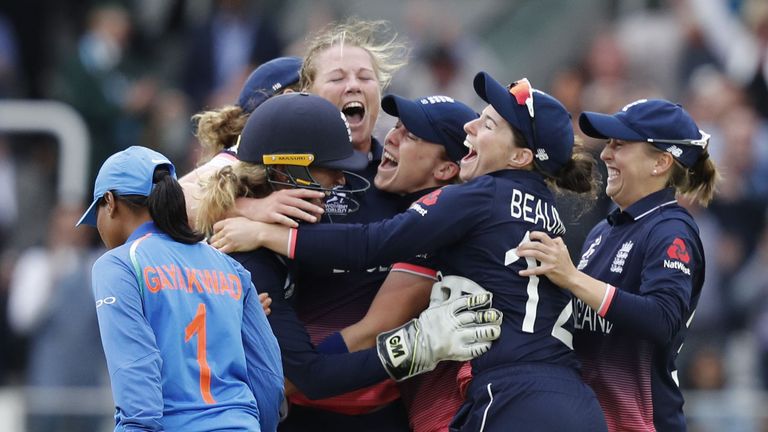 Heather Knight described England Women’s 2017 World Cup triumph as “pure elation” as she viewed the game back on a Sky Sports Watchalong.

The hosts – who had lost their opening game of the tournament to India – were on the brink of defeat with their opponents well placed on 191-3 chasing 229 to win, only for Shrubsole to take 5-20 in 22 balls as India slumped to 219 all out in a gripping conclusion in the capital.

“It was the best feeling I have ever had in my life,” Knight said about winning the World Cup. “A moment of pure elation. I was so proud we had done it and in such dramatic fashion. 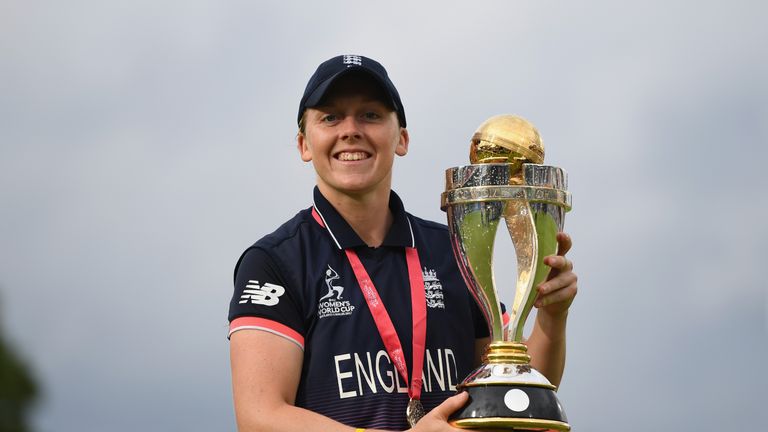 My voice was so sore at the end of the game as I was shouting at the top of my lungs trying to get the attention of someone two metres away. They just couldn’t hear me. It was a friendly atmosphere but it was 50-50 with fans so whatever happened the noise was massive. It just felt different to what you usually get at Lord’s. The shackles were off. There were more kids, more girls.

“Losing the first game helped us in a way – it was a bit of a reality check for the team but it also took the pressure off us a little bit.

“There was chat about England having no chance and that Australia would win the World Cup. I think Michael Vaughan tweeted it was a no-brainer.

“After that we just got on a roll and felt it was our tournament to win, with the key being that win over Australia in a really tight game in Bristol. I think that’s when we really believed we were good enough to do it.

“Being able to lift the trophy with the team at Lord’s was something we had dreamed about so it was really special.” 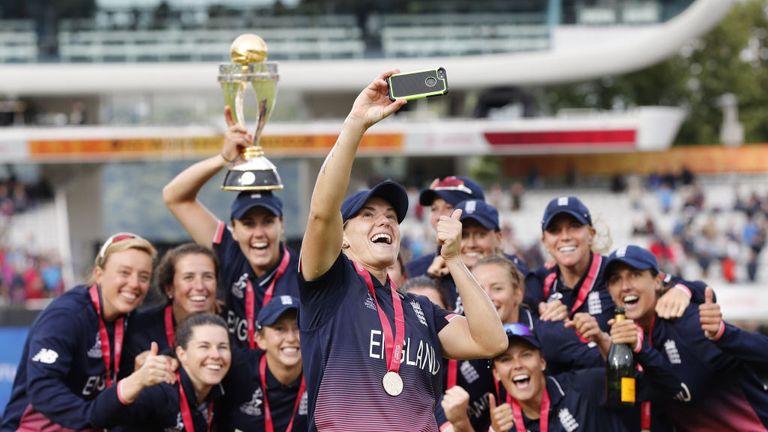 Shrubsole – who recorded figures of 6-36 and also secured a run out – added: “It was relief, joy – it is genuinely impossible to put into words how it felt.

“Everything happened so fast or at least felt like it did at the backend of the innings. It was everything you talk about and worked towards so the moment it happens is just incredible.

“It took so long to sink in as the final 10 overs were just ridiculous. I was in disbelief and it probably took until I went home to Bath the next day for it to sink in.”

🏴󠁧󠁢󠁥󠁮󠁧󠁿 captain @Heatherknight55: "It was a moment of elation with the team to be able to lift the trophy at Lord's.

"It's something we dreamed about. To be able to lift that trophy on home soil; it was special."#SkyWatchalong pic.twitter.com/a92mFqvQDv

HEATHER KNIGHT on how the India run chase fell apart…

“Watching back, I don’t know how we won the game! I try and wear my poker face quite well and I wasn’t too bad but when we dropped a few catches and missed a stumping I was beginning to get nervous, thinking it wasn’t going to be our day. We just wanted to take it as deep as possible as the pressure chasing in a World Cup final is really tough. When Veda Krishnamurthy got out, that was the moment I knew we were going to win.

“It felt whoever the batter was, we were going to get the job done. The pressure on the batters was immense and we just tried to ramp it up as much as we could. You saw how hard it was to start on that wicket throughout the whole game – there were clusters of wickets in our innings – so we felt we could bang the door down and have that domino effect. It felt like the stars were aligned, that it was our tournament. I am so glad we were fielding second – I’d have been dreadful watching this!” 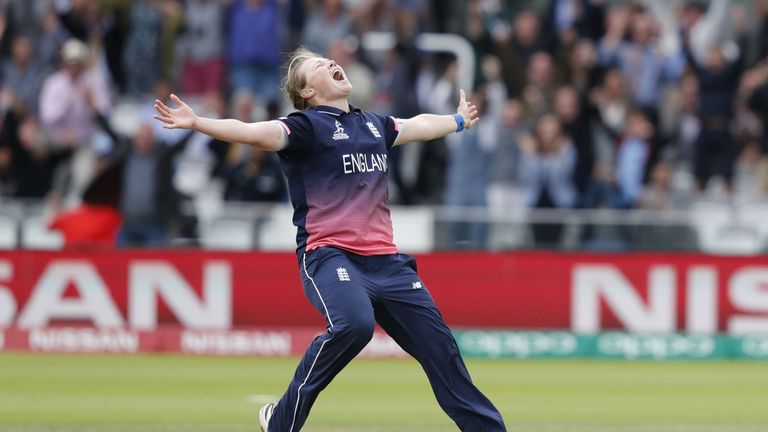 I was thinking about bowling Anya for a really short spell and then bringing Katherine [Brunt] back on. The first two balls went for four and I thought I’d made a mistake and should have brought Brunty on straightaway! One thing you don’t say to Anya is ‘unlucky’ as she is very hard on herself and looks at you as if you are stupid.

Heather Knight on the start of Shrubsole’s spell

ANYA SHRUBSOLE on her match-winning spell…

“Who doesn’t want to be bowling in a World Cup final in front of a packed house at Lord’s? If you’re not enjoying it then, then you’re never going to. Little things started to go our way and I remember feeling that we were probably back in this. I could sense India getting nervous and that we were really on top and once I got the wicket of Punam Raut [to reduce India to 191-4] I felt really clear as to what I was trying to do.

“It basically revolved around bowling two balls so it wasn’t the most complicated plan you were ever going to come across! It also helped that India gifted me a couple of wickets, that got my confidence up, but sticking with a simple plan was the best way to keep my mind clear.”