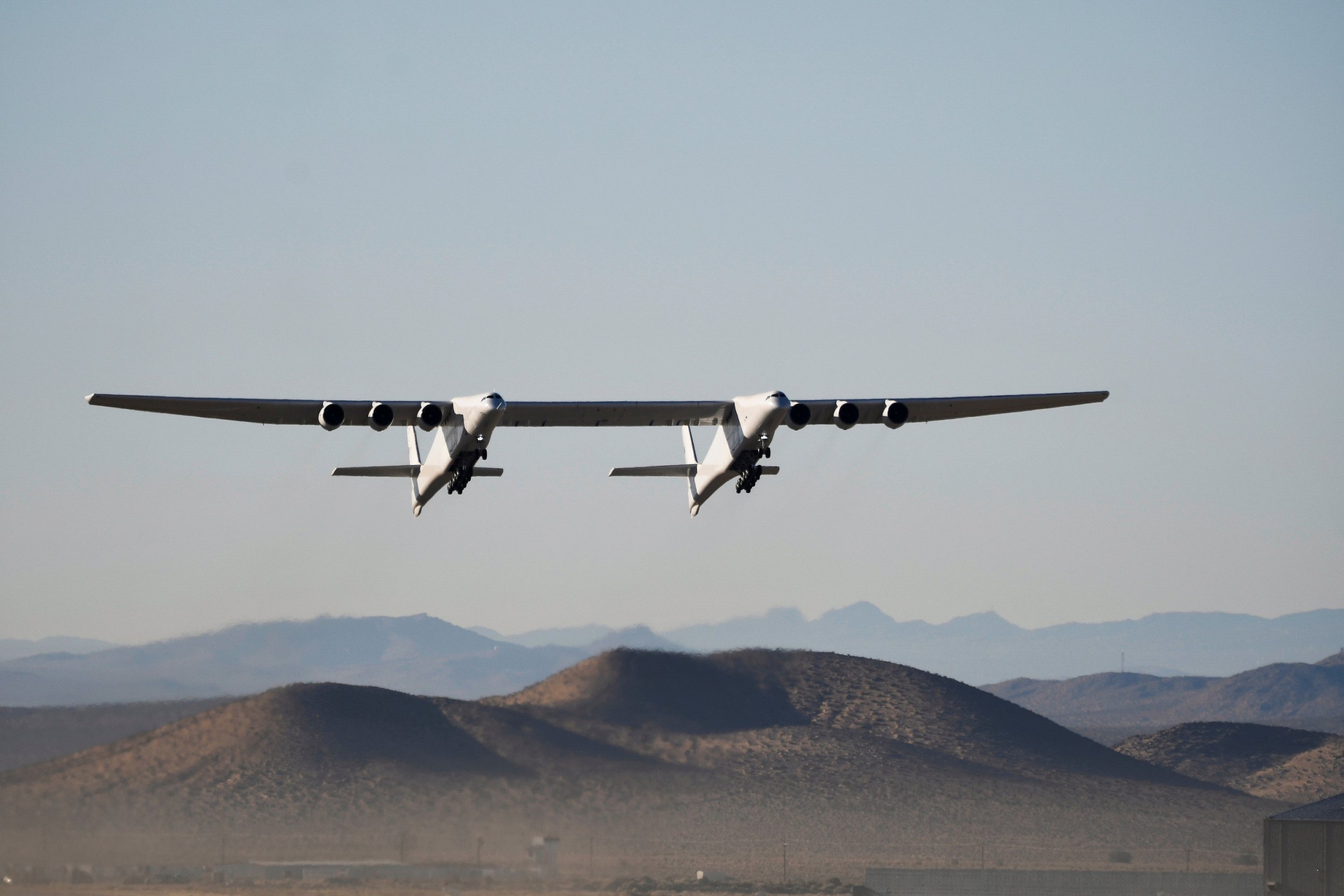 The largest aircraft in the world, with a wingspan of 117 metres, has successfully completed a test flight in California.

Known as the ‘Roc’ and built by a company called Stratolaunch, the plane has the equivalent wingspan of three Boeing 747s – longer than an American football field.

It actually uses six 747 engines and is being created to carry and launch supersonic vehicles at high altitudes.

‘We’re very pleased with how the Stratolaunch aircraft performed today, and we are equally excited about how much closer the aircraft is to launching its first hypersonic vehicle,’ said Zachary Krevor, COO of Stratolaunch, said in a postflight news conference.

Despite being established way back in 2011, Stratolaunch didn’t get the gigantic plane up into the air until 2019.

Stratolaunch’s plane is designed to carry a rocket and payload with a combined weight of up to 550,000 pounds (250,000 kg), on par with what a SpaceX Falcon 9 rocket can launch from the ground.