Grab your tissues. The Sunday, May 3, finale of Zoey’s Extraordinary Playlist is filled with emotions.

“Everything that went on with the Clarke family, everything with Dad in season one, was literally based on everything that happened with my father in the last six to nine months that he was alive,” creator Austin Winsberg said on this week’s “Watch With Us” podcast. “I was writing always from my heart and from my memory and my experience of that and just trying to be as true and authentic to what we went through. … There were moments where I would be on set or writing or watching a cut where it would take me back to that time with my dad and I would get emotional. There were times on set where I would have to leave.”

Sunday’s episode could be one of those, as it’s an “emotional ride” for everyone. “The table read for the finale, people sat silently for about three minutes after we finished,” Winsberg added. “Everyone was crying.” 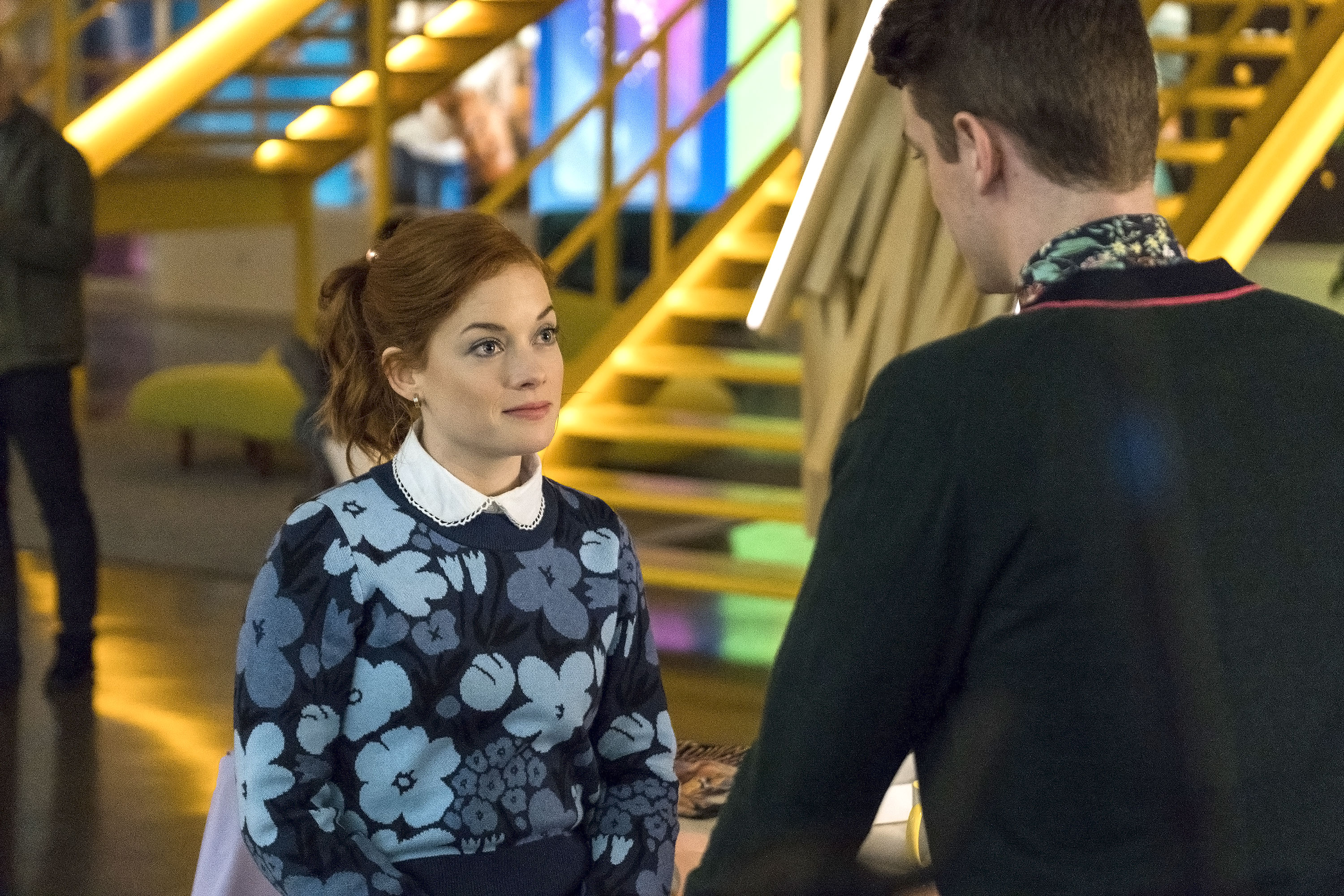 There “was some debate” about how to end season 1 and the writers “kept pushing back certain things until the season finale so that, in a way, they ultimately felt right.”

Although he doesn’t confirm whether Mitch (Peter Gallagher) will die in the last episode of the season, the promo does look that way. How long Mitch would live with PSP is something that Winsberg had discussed in the writers’ room from the start.

“As shows develop and as you learn more about the characters, certain things that you think are guarantees end up shifting. The initial plan for that might adjust a little bit,” he teased.

As for the love triangle between Zoey (Jane Levy), Max (Skylar Astin) and Simon (John Clarence Stewart), “there is some progress on both fronts,” the writer said, as both Simon and Max have changed over the season — and Zoey notices. “I don’t think that we’re going to get a clear cut answer that one guy is the guy by the end of this season, but I think we are definitely going to see growth in both of those relationships.” 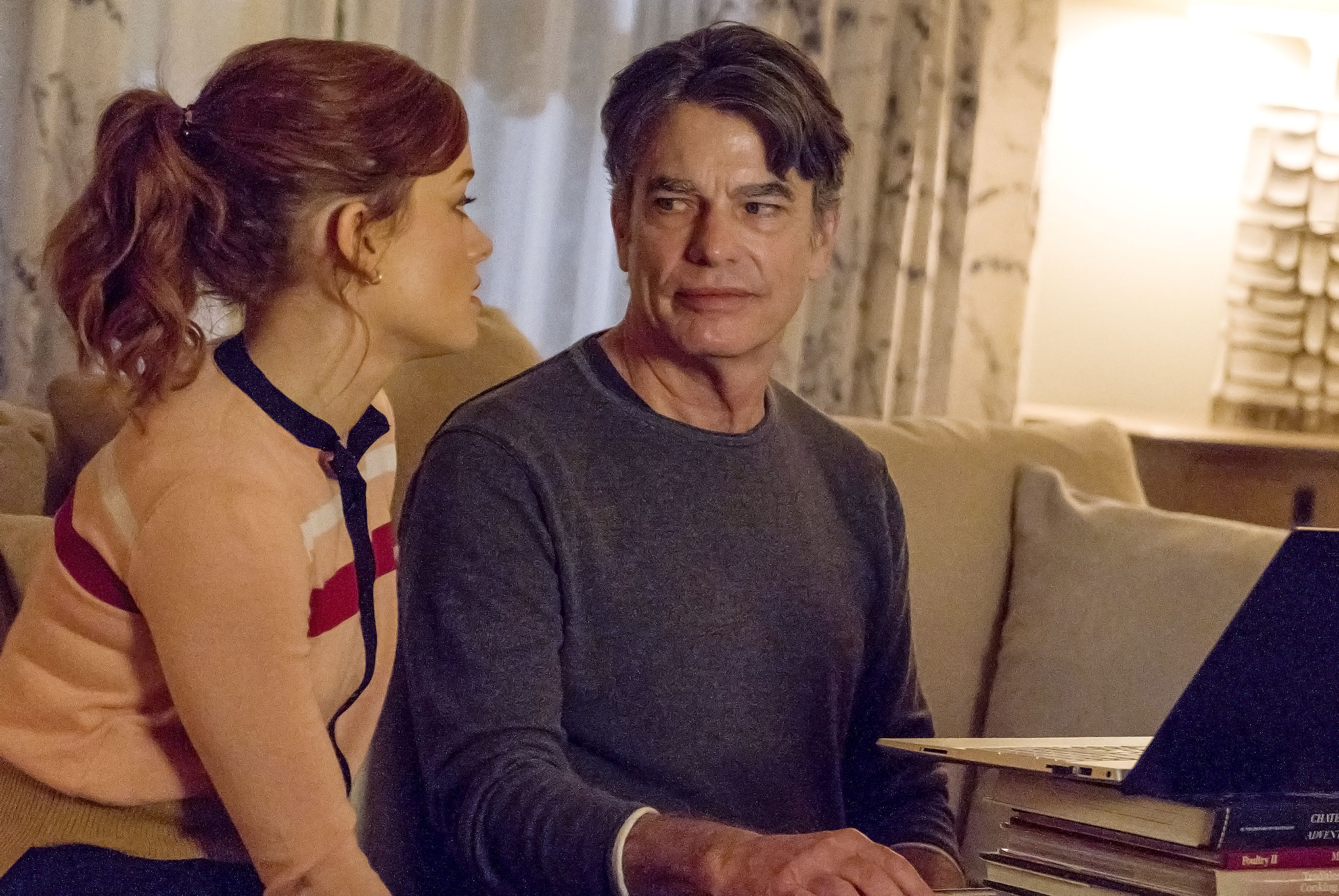 Although the series has not yet been renewed for a second season, everyone is “cautiously optimistic,” he said, noting that NBC has really been supporting the show. If the show does get picked up, expect even more Top 40 music.

Winsberg detailed how certain song choices came about, revealing that for certain ones — including Van Morrison‘s “Moondance,” Beastie Boys‘ “Fight for Your Right” and Paul Simon‘s “Sound of Silence” — he reached out directly to an artist to get permission. Throughout the season, there was only one song that he asked for and was denied: “See You Again” by Wiz Khalifa and Charlie Puth.

“The reason why we didn’t get it was because it was in Fast and the Furious 7, when Paul Walker passed away,” he explained. “That song, I guess, is so closely aligned with his death in that movie that they didn’t want it to play in another form of popular entertainment as being about anything other than that.”

The finale of Zoey’s Extraordinary Playlist airs on NBC Sunday, May 3, at 9 p.m. ET.

For more exclusive TV interviews and news, subscribe to the “Watch With Us”podcast for free or listen on Spotify.