‘Weed Day,’ better known as 420 Day, or simply 4/20, is observed on — you guessed it — April 20 by many aficionados of cannabis. In the states where marijuana has been legalized, hordes of connoisseurs head to festivals or their local dispensaries to celebrate. But the coronavirus outbreak has derailed plans for thousands. Luckily, you don’t have to smoke a doobie to mark the occasion. Here’s our list of seven classic stoner flicks to enjoy on 4/20, plus a little background on the weed holiday. 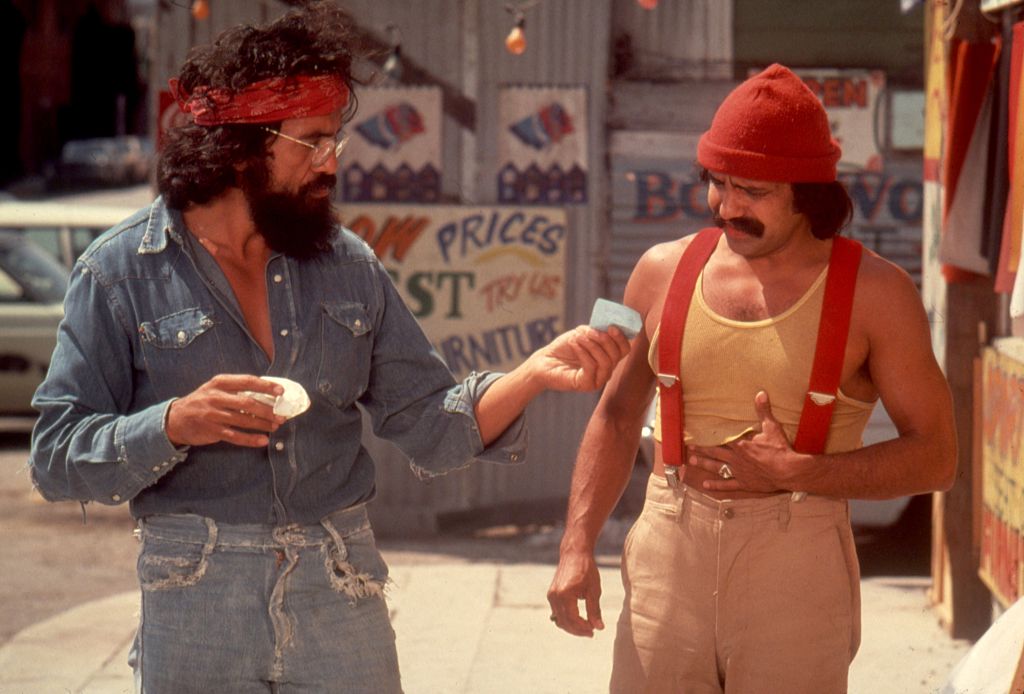 The origin story of 420 Day, aka Weed Day

Weed, Mary Jane, pot, bud, and 420 all mean the same thing — marijuana. Each of the nicknames for the herb has its own roots, but the term 420 has a particularly interesting origin story, as reported by Time.

In 1971, five students at San Rafael High School would meet at 4:20 p.m. by the campus’ statue of chemist Louis Pasteur to partake. They chose that specific time because extracurricular activities had usually ended by then. They would say ‘420’ to each other as code for marijuana.

High Times published the 420 flyer in 1991, and the slang expression spread like wildfire in the worldwide cannabis community, according to Time.

“They wanted people all over the world to get together on one day each year and collectively smoke pot at the same time. They birthed the idea of a stoner holiday, which April 20 has become,” wrote Steve Bloom on CelebStoner about the creators of the flyer.

Celebrate 4/20 with these 7 stoner flicks

Every year, 4/20 brings together pot enthusiasts for organized festivities. However, this year due to the coronavirus (COVID-19) pandemic, large gatherings have been postponed or canceled in favor of streaming events.

With that in mind, film buffs and weed fans alike can celebrate solo by watching movies themed around cannabis. There’s no shortage of stoner films to revisit on 420 Day or any day of the year. These lighthearted romps deliver big laughs and just may help take your mind off of quarantine.

The 70s gem, Up in Smoke, stars the comedy duo, Cheech Marin and Tommy Chong. After over 40 years, the outlandish plot is still pretty amusing.

Ice Cube and Chris Tucker teamed up for the stoner flick, Friday. The film spawned two sequels, numerous catchphrases, and made Tucker a household name.

Co-written by and starring Marlon Wayans and Shawn Wayans, with an appearance by their big bro, Keenen Ivory Wayans, Don’t Be a Menace to South Central While Drinking Your Juice in the Hood spoofed a series of 90s movies centered around inner-city life.

Before Chappelle’s Show, Dave Chappelle appeared in Half Baked as both Thurgood Jenkins and Sir Smoke-A-Lot. The funnyman also co-wrote the script, which explains the unbelievable hilarity.

The Wu-Tang Clan members Method Man and Redman headlined the funny fantasy film, How High. In the fish-out-of-water story, a pair of stoners end up at Harvard after getting a supernatural leg up.

In Harold and Kumar Go to White Castle, two besties embark upon an epic adventure to defeat their case of the munchies. John Cho and Kal Penn led this adventure comedy, with scene-stealer, Neil Patrick Harris, riding shotgun.

Readmore: 25 Years After ‘Friday’: It’s a Pandemic, You Ain’t Got Sh*t to Do(And Chris Tucker is Loving It)