Stephanie Matto and Erika Owens, the first same-sex couple to appear on the 90 Day Fiancé franchise, seemed to fall head over heels with each other online. But as soon as 29-year-old Stephanie flew out to South Australia to meet up with 24-year-old Erika on TLC’s 90 Day Fiancé: Before the 90 Days, just about everything seemed to go wrong.

Erika came out to her parents in order to announce her relationship to Stephanie. But when it came time for Stephanie to do the same, she just wasn’t ready. Stephanie’s jealousy issues over Erika’s past—including hooking up with some of her friends and a nearly decade-long relationship with a woman who never felt safe coming out—resulted in explosive fights. Stephanie finally broke up with Erika just before she was supposed to fly back to the U.S.

On the May 17 episode of 90 Day Fiancé: Before the 90 Days, “The Pleasure Principle,” Erika and Stephanie had a final meeting after their massive hotel room fight. They didn’t exactly get the closure they wanted, and Erika had some harsh words for her estranged girlfriend about their relationship. 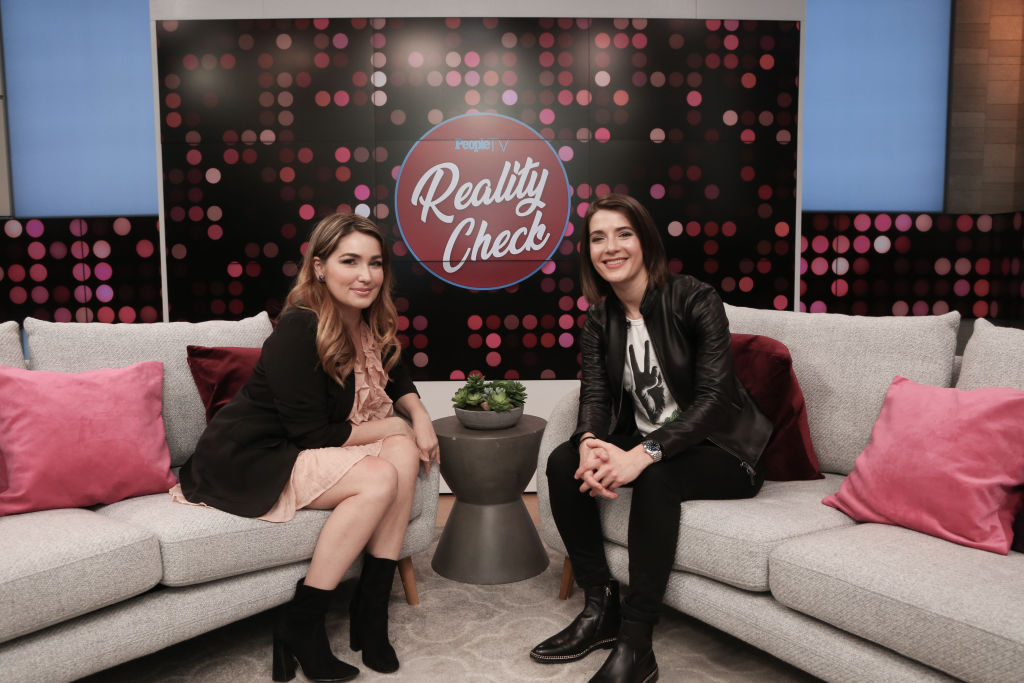 On the latest episode, Stephanie (a YouTuber and 18+ content creator on OnlyFans) explained that she broke up with Erika (a photographer and social media influencer) after weeks of fighting. After Erika left, the 29-year-old took a taxi to head back to Adelaide, three hours away, in preparation for her flight back to the U.S. the following day.

The 90 Day Fiancé star might have ended things with her girlfriend, but she certainly wasn’t over her. In fact, she wanted to see Erika face-to-face one last time before she had to leave.

“I texted Erika to see if she would meet up with me, and thankfully, she agreed,” she explained. “I don’t know if this relationship is salvageable, but I love her. And it was never my intention to hurt her. I just hope that she’s willing to listen to me.”

The tension was palpable as Stephanie and Erika sat down at a coffee shop to meet up for (most likely) the last time.

“So, how’s it going?” Stephanie asked.

“Not the best,” Erika admitted, sipping her coffee insilence. After an awkward pause, she prompted Stephanie to start theconversation. “You said that you wanted to talk, so, I guess, here we are.”

Erika told 90 Day Fiancé producers that her main problem with Stephanie was the imbalance in their devotion to the relationship. Stephanie’s jealousy and unwillingness to come out to her family suggested to Erika that they didn’t care about each other equally.

“I’ve driven three hours to talk to Steph again, because she’simportant to me,” Erika said. “But I put my heart on the line for Steph. I cameout to my parents. I was prepared to risk so much for her. But she really hurtme, and I don’t know if I can come back from that.”

Clearing her throat, Stephanie finally spoke up and askedErika to make amends with her as much as possible before she flew back to herhome country. “So, this trip has had its good moments, but it’s obviously hadsome not so great moments as well,” Stephanie began, clearly uncomfortable. “But,if there’s any way that I can leave here and we can not leave on such a badnote, then I would like that.”

But Erika wasn’t as ready to absolve Stephanie as she might have wanted. “We’ve had a lot of apologies over the past couple of weeks, and I just feel like it’s been really, just, an absolute mess,” Erika said straightforwardly. “It’s really hard to even think about being on good terms.”

Taking a deep breath, Erika told Stephanie in no uncertainterms how much she had hurt her. “I took a step that you wouldn’t even take,”she pointed out. “I came out to my parents because I believed that something withus was going to happen, and you broke up with me.  It’s really s****y.”

Looking guilty and embarrassed, Stephanie admitted that she knew she had many character flaws that she needed to improve before she could be in a healthy relationship. “All I can do here today is apologize,” the 90 Day Fiancé star told her ex. “I still have these crazy insecurity and jealousy issues that I need to work on, and I feel really terrible that I brought that into this relationship.”

But Erika cut her off, saying that the excuses weren’t goodenough for her anymore. “The point isn’t you explaining to me these things,”she insisted.

The 90 Day Fiancé star added that Stephanie should have waited until she was truly ready to overcome or at least address any potential bumps in the road before she flew across the world. “You should have told me any insecurities you had about my life or who I am as a person before you jump on a plane,” Erika argued. “You need to figure out your s*** before you do something like that. That’s huge, Steph.”

To 90 Day Fiancé producers, Erika and Stephanie admitted that the explosive breakup had taken a toll on both of them.

As for Stephanie, she pointed out that she was struggling inher own way, too. “And I get to go home and be upset and I can’t tell anybodywhy,” she lamented. “I just bottle it up. So we’re both in s****y situations.”

Stephanie thanked Erika for being willing to drive out tosee her. She packed up her things and left without a hug. Both women lookedheartbroken as they left each other behind.