After months of anticipation, Andrew Neil launched GB News and informed viewers what they could expect from the channel in coming weeks. The former BBC political editor hit out at his former employer as he insisted the channel would not forget they were a British channel for British people.

Andrew launched the channel by addressing viewers from a news desk and explained what could be expected.

“We won’t dwell much on the latest gossip from the Westminster bubble, which is too often obsessed with matters of importance to nobody else” he explained.

“We will be more concerned with what will bring prosperity and create jobs in our left behind towns than what some overprivileged and historic students decide to hang on their walls at Oxford,” he remarked.

“Social mobility and a fair chance is what will matter to us than the wasteland to nowhere that is identity politics. 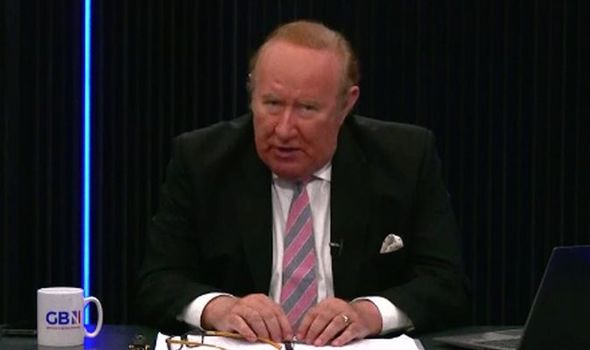 “If you want fake news, lies, disinformation, distortion of the facts, conspiracy theories, then GB News is not for you.

“In everything we do we will be guided by the highest journalistic standards, written into the contracts of everyone who works here at GB News.

“Robust debate, a much wider variety of faces than you see in broadcasting, certainly, but never the promotion of matters we know to be untrue or the pushing of facts that are convenient to a viewpoint that may be convenient but not properly checked.

“And when we do make mistakes, which we will do, we will correct them quickly and without quibble.

“Along the way, we hope to have fun. We hope you will too.

“GB News will aim to inform, inspire and entertain. We start the journey tonight. We hope you join us because if it matters to you, it matters to us.

“I’m Andrew Neil and this is GB News.”