Thomas Hamilton walked into Dunblane Primary School in Scotland on March 13, 1996, armed with four legally-owned handguns and over 700 rounds of ammunition. In the next three to four minutes, Hamilton gunned-down and killed 16 five and six-year-old children, and one school teacher. A further 15 people, the vast majority of them children, were wounded, before Hamilton shot and killed himself.

Among those present in the school that day were Andy Murray and his brother Jamie.

Murray has spoken little of his ordeal, only on two occasions revealing the trauma it left him with.

Now, the massacre is being revisited by presenter and journalist Lorraine Kelly who reported from the scene for GMTV.

In ITV’s ‘Return to Dunblane With Lorraine Kelly’, the presenter speaks with the survivors and relatives of the victims, transporting herself back to that frightful day. 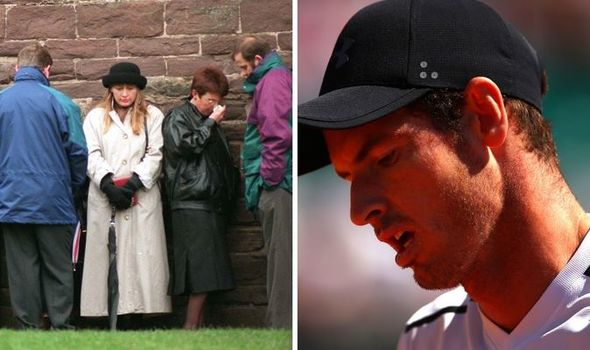 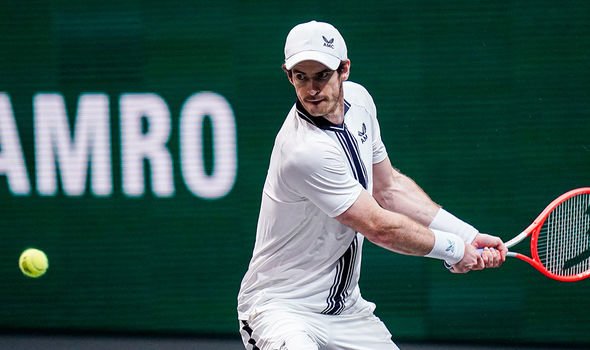 The massacre was a turning point for Britain.

Handgun ownership was increasing in the Nineties.

Sports shooting was the only legitimate reason to own a gun at the time and was a fast-growing sport.

Peter Squires, Professor of Criminology and Public Policy, at the University of Brighton, in a piece for The Conversation, said: “Yet even members of the elite country-sports lobby were troubled by newcomers, keen on ‘combat style’ shooting, entering the sport.”

The tensions opened up after Dunblane, with the Government commissioning Lord Cullen to run an inquiry into the tragedy.

It culminated in the Snowdrop Campaign which acted as a strong voice for the anti-gun lobby, and was eventually translated in Britain’s decision to vote for a Labour Government under Tony Blair the following year, in 1997.

JUST IN: GMB viewers ‘switch off’ as Piers Morgan replaced by Ranvir Singh 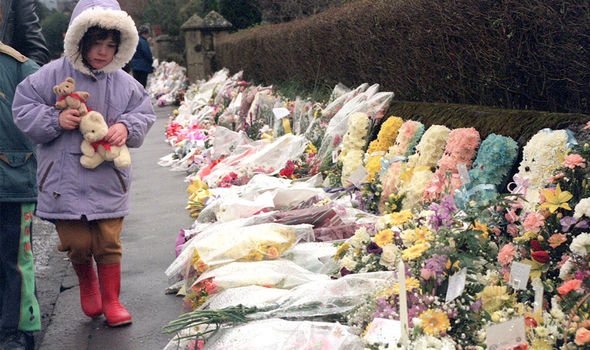 The Prime Minister at the time of the shooting, Conservative John Major, faced huge opposition to a tightening in control on gun laws.

His Cabinet was split, with Mr Major reluctant to confront the strong pro-gun lobby within the Tory party.

Aware that something had to be done, and with mounting pressure from the public, Mr Major introduced legislation that banned handguns over .22 calibre.

Yet, many believed it was not enough.

The Labour Party called for an outright ban on all handguns.

These were initially rejected by some as “unworkable”, with then-Tory Home Secretary Michael Howard wanting to accept Lord Cullen’s compromise. 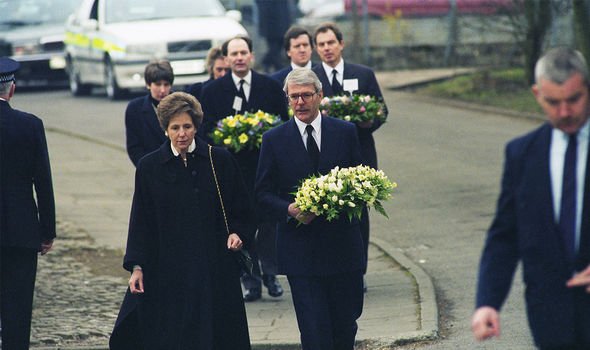 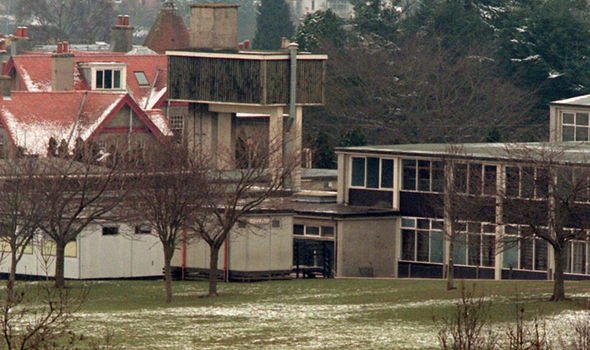 But it was too late, as Professor Squires noted: “Tony Blair’s New Labour was waiting in the wings, ready to seize the issue.”

The Scottish secretary, Michael Forsythe, MP for Dunblane’s neighbouring constituency of Stirling, had made commitments to bereaved family members and dug his heels in.

In the 2019 Amazon Prime documentary, ‘Andy Murray: Resurfacing’, the sportsman opened up about the tragedy in-depth for the first time, revealing how tennis had become an “escape”.

He told film-maker Olivia Cappuccini: “You asked me a while ago why tennis was important to me.

“Obviously I had the thing that happened at Dunblane.

“When I was around nine. 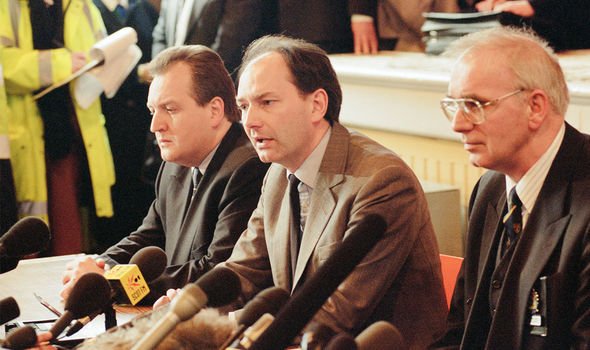 “I am sure for all the kids there it would be difficult for different reasons.

“The fact we knew the guy, we went to his kids club, he had been in our car, we had driven and dropped him off at train stations and things.”

He had only briefly mentioned the massacre during a BBC programme in 2013, but never spoke about how he knew the killer. 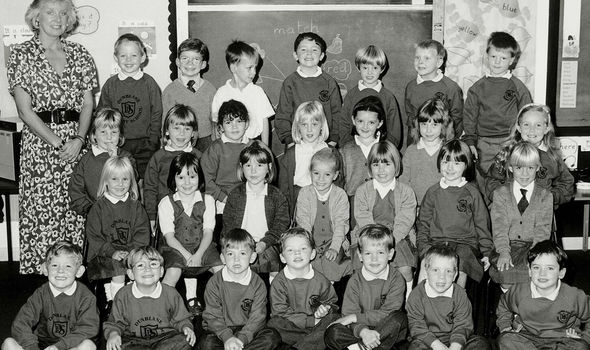 He also spoke of how his parents 12 months later got a divorce and his brother left home to play tennis.

In a comment piece for The Sun this week, Lorraine wrote: “I will certainly never forget the most heartbreaking and poignant image of all, when Pam (whose daughter was murdered) showed me her daughter Joanna’s tiny handprints on her living room window.

“They were left there on that dreadful day just before she went to school for the very last time.”

‘Return to Dunblane with Lorraine Kelly’ airs on ITV One on Thursday at 9pm.