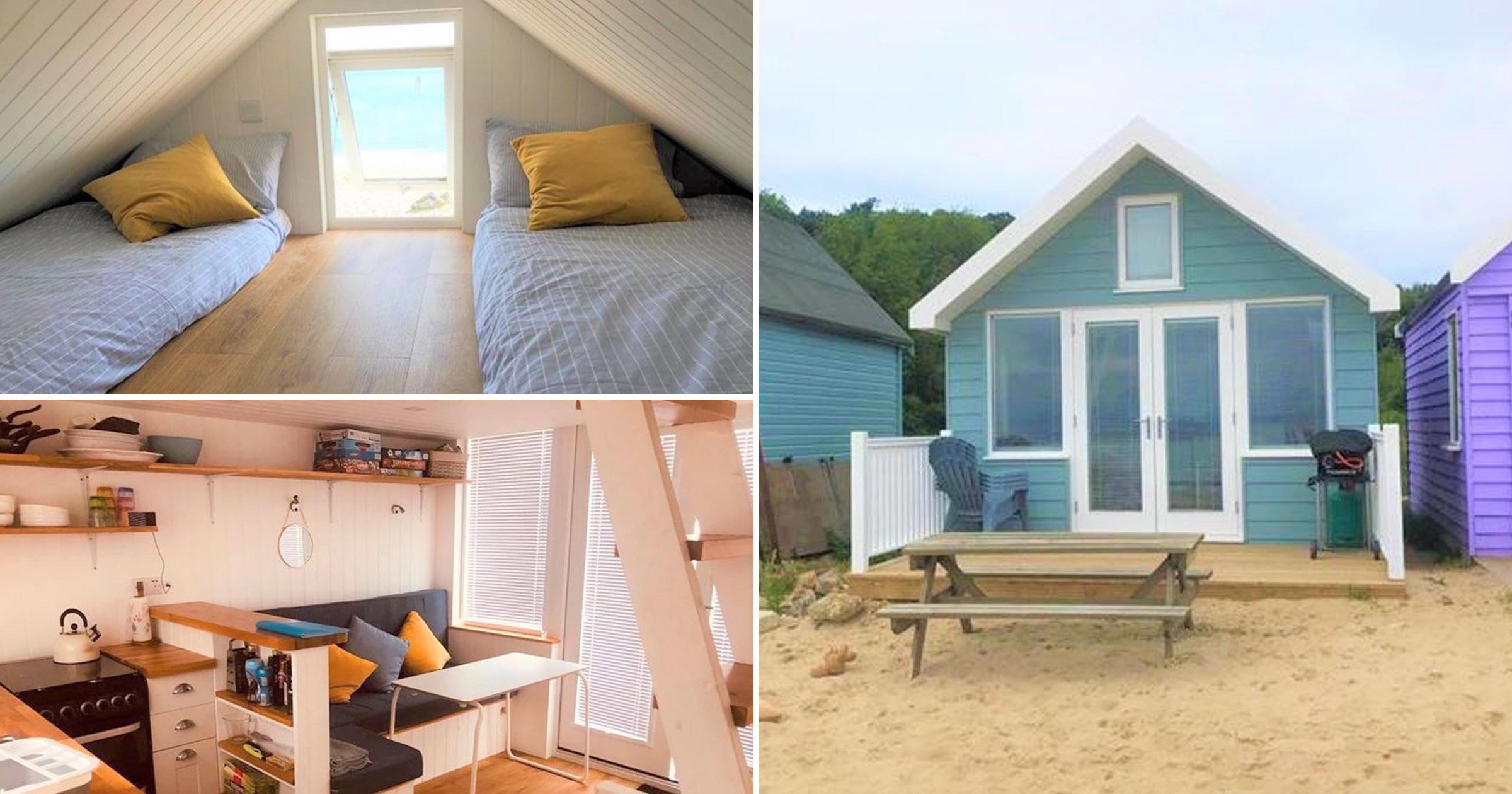 We’ve probably all been shocked by the prices of some beach huts in our time, but this little cabin could well blow them all away.

We’ve seen one Dorset beach hut go for more than the cost of the average house, and four on offer for a total of £1.25 million, but this brand-new cabin in Mudeford Spit in Christchurch, Dorset is on sale for even more.

‘What could possibly make a beach hut worth that much?’ we hear you ask – well for starters, huts at Mudeford sell for heaps of money due to the sandbank’s remote location, with its sandy beach looking out over Christchurch Bay and out to the Needles and the Isle of Wight.

The pandemic could also be to thank for it, owing to the recent surge in demand for staycations.

This cabin was built in April of this year to replace an older one, and can sleep up to six people, with four mattresses on a mezzanine level in the roof, and the seating areas downstairs doubling as extra sleeping spaces.

There’s no mains electricity, and owners will have to share a communal shower block, as there’s no bathroom in the hut either.

They’ll also only be permitted to stay overnight between April and October.

However, unlike some of its contemporaries, this hut does have water and some electricity, with solar panels powering the lighting, and a fridge and a water pump for the kitchen sink.

Something else that appeals to buyers is the remote location of the spit, with cars banned and people only able to get there by a 30-minute walk, a ride on a novelty land train or a short ferry trip across Christchurch Harbour.

There are about 350 huts on Mudeford Sandbank, and they generally measure 12ft by 10ft, although some are around 16ft by 10ft. Many have been kept in the same families for generations.

Not only would the future owners have to pay a further £4,500 a year to the local council in fees, but since it’s not possible to get a mortgage for the beach huts, would-be owners would have to be able to pay for it all up front.

He said: ‘There have only been about 10 huts added to the spit in 60 years, so it is a question of supply, compared to Bournemouth where there are 1,500 huts and Brighton where there are 2,000.

‘These are enormous huts with amenities which you can live in for eight months of the year, and it is a beautiful, peaceful location with the sea on one side and the harbour on another.

‘You feel like you are on a little island.

‘Obviously, the uncertainty over foreign travel will also help drive up prices with people growing fed up of government regulations.

‘It is a big jump, but I suspect they will get it.’