At least for now, at the close of the Season 5 finale of “Better Call Saul,” everyone involved is still a little bit invincible.

The core group of characters in this interwoven story have now all been confronted with almost-certain death and managed to escape alive. Some standoffs involved bullets, others menacing staredowns with sniper rifles both fired and merely aimed. With all the pieces in place for a season-capping bloodbath, “Something Unforgivable” does deliver one, just not with the anticipated casualties. With much of the death happening offscreen and involving characters with barely more information than a name, Season 5 closes with an hour that shows what rises to the top when fortunes continue to be tested.

Of course, there’s the ever-present meta-narrative of invincibility when it comes to Jimmy. Still visibly shaken from his experience in the desert, he’s set on ensuring that both he and Kim take protective measures while his less-than-scrupulous client is still on the loose. Picking up right where the living room confrontation ended last week, Jimmy and Kim hightail it to a local fancy hotel to lie low for a few days.

Though their contributions here in the finale are mostly in one dumpster meetup, Season 5 saw Gus walk away from an explosion of his own making and Mike take down a few different teams of well-armed thieves. If there’s anyone who suffers from the lack of real estate left in this final hour, it’s them. But given how the plans for dealing with their biggest rival turn out, there’ll be plenty of chances for some additional backchannel crisis management once they realize Lalo’s still roaming free.

Fortunately, a good portion of the time in “Something Unforgivable” is spent examining Jimmy and Kim’s reactions to their shared traumatic experiences. For one thing, they’re back to separate teeth-brushing sessions (tracking these two’s morning and evening rituals has gotten progressively more telling as the season’s gone on). In some ways convinced that her dressing down of Lalo has bought them some space and in other ways in denial about how much catastrophe they managed to avert, Kim seems determined to follow through on her intentions to use her legal skills for good. 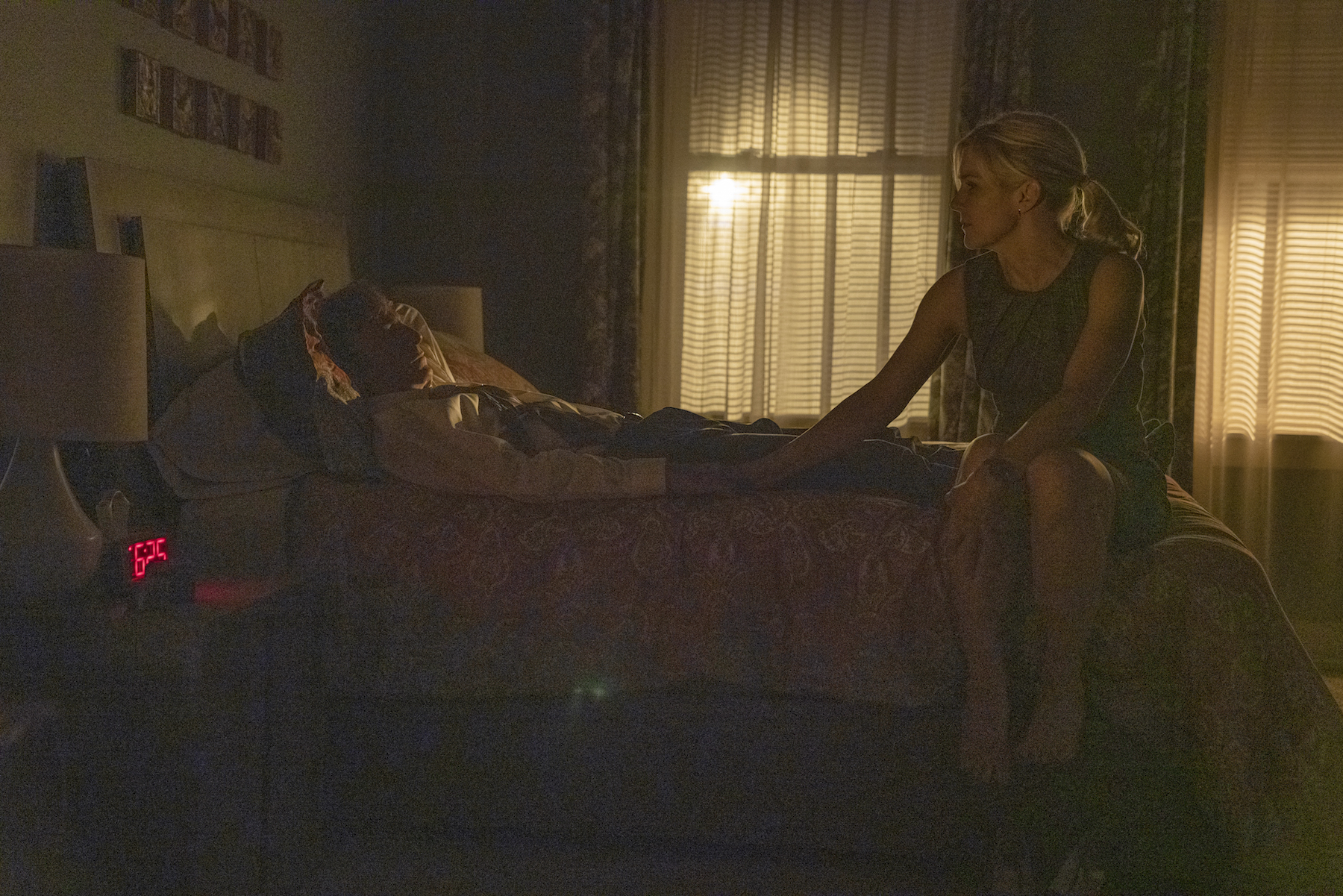 Jimmy is less convinced that the worst of their problems are behind them. Even after Mike assures him that Lalo’s days are literally numbered, Jimmy still clings to the practical idea that taking out Lalo won’t necessarily ensure their ultimate safety. Whether or not Jimmy fully grasps the influence of the larger Salamanca family operation, he’s been around enough power vacuums to recognize that they don’t stay unfilled for long. With Kim’s fate now effectively magnetized to his, they’ve both dragged across a line that can’t be uncrossed.

Clinching that fact is what happens in Mexico. There’s a certain amount of luck that’s managed to keep Nacho in the mix all these seasons, but credit the show for taking the time to demonstrate that his survival isn’t merely the product of chance. As with Rhea Seehorn, Michael Mando has been so good at conveying the inner mechanisms powering Nacho’s thinking. You can see him playing out a kind of simulation of two and three steps in the future and adjusting to real-time changes. The burning oil in the skillet is a nice diversionary touch, as is the homemade foil unlocking trick (which is a nice change from the usual hairpin lock-picking routine).

For Lalo, the gunshots that announce his arrival end up being an unintentional bookend. Presumably on an excursion down to the family compound for a bit of rest and reevaluation, his trip southward gets an unexpected interruption from the hit squad that’s been hinted at for a while now. With Nacho’s help — who else was sure that phone call from an unknown number was someone in Lalo’s camp setting him up? — the small team descends on the house. With the kitchen smoke as a cover and the burning oil as a makeshift weapon, Lalo buys just enough time to use the tunnels as both an escape and a trap, looping back around and catching the last men standing in a crossfire.

Series showrunner Peter Gould directed this episode, also writing alongside Ariel Levine. In a series of deft storytelling touches, this finale also has its share of circular moments, some with direct ties to the two episodes from Season 4 that also share a key word in the title. “Something Stupid” was Kim’s first full episode as member of the Schweikart & Cokley firm; “Something Unforgivable” finds her in the first full episode after her departure. “Something Beautiful” opens with the staged carjacking that leaves Nacho bleeding out from a gunshot wound to the stomach; “Something Unforgivable” finds him on the receiving end of advice intended to get the would-be cartel footsoldier to trust his gut in a different way.

But if there’s a clear parallel to be drawn between this episode and a predecessor, it’s a season-closing shift and the partner left dumbstruck by the change. After a courthouse conversation with Howard Hamlin leads Kim to tell Jimmy that his former boss knows about the bowling balls and the spoiled lunch, a tossed-off comment spirals into something unexpected. Kim, maybe giddy at the prospect of not having the obligations of serving a high-profile banking client, starts indulging an escalating set of actions that start to sound less and less like harmless pranks. By the end of the episode, she’s not only set out the logistical framework to ruin Hamlin, she might just be set on making it happen. To Jimmy’s objections she fires back a pair of finger guns, giving him a taste of his own “S’all good, man!” 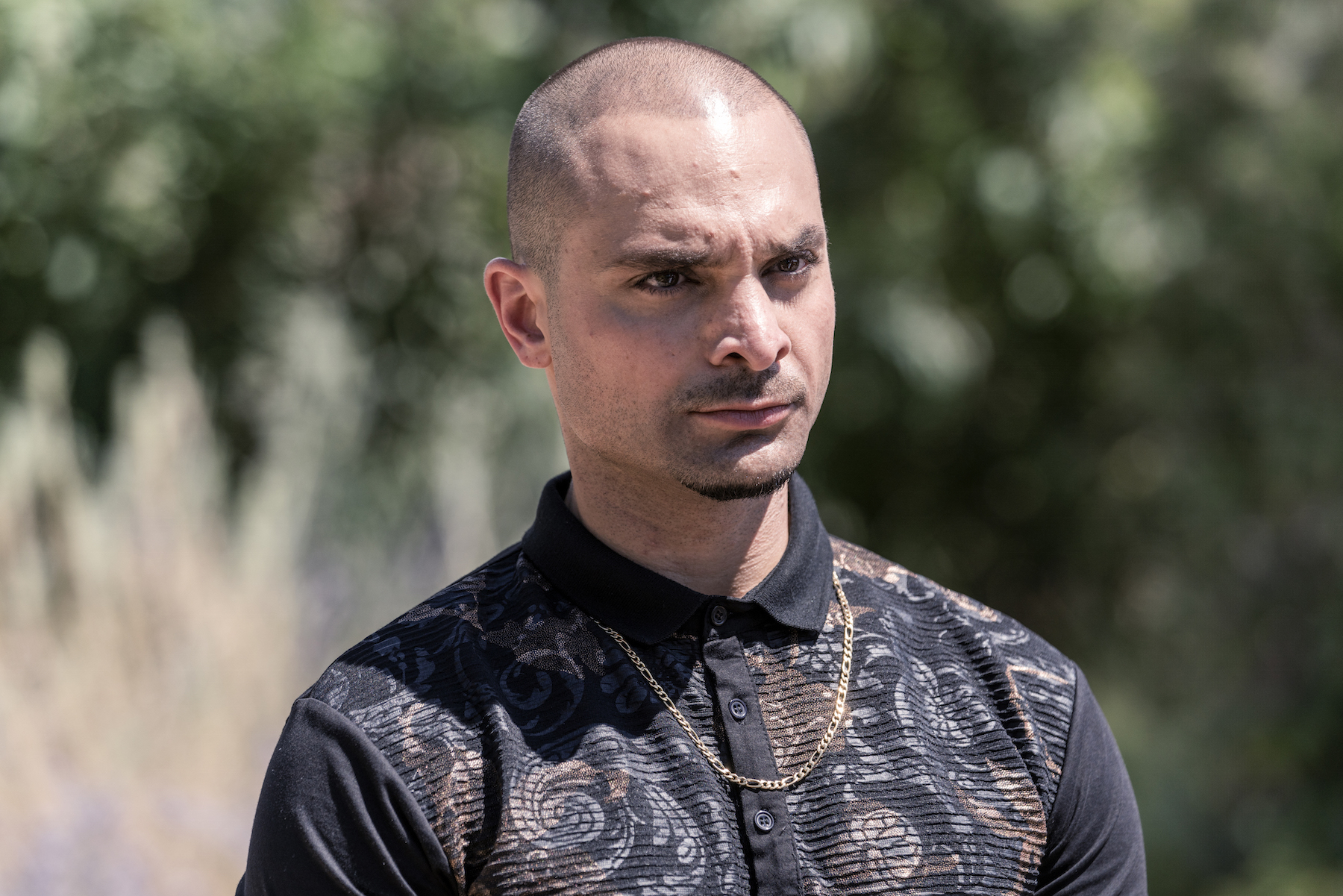 If Kim was going to make it out of Season 5 alive, she was never going to make it out intact. That playful (and curiously aphrodisiac) plot to finish undercutting Howard Hamlin’s good name might well be a ruse. If there’s any doubt that the living room confrontation with Lalo was an outlier, Kim’s now fully onboard as Jimmy’s willing co-conspirator. Though there’s still a possibility that all of this is marital gamesmanship, there’s a very good chance that Season 6 won’t toss out this bit of potential light sabotage as pure pillow talk.

It seems very dumb to call a living room shootout in which one man singlehandedly takes out an entire paramilitary force by his lonesome a comedown, but after the living room confrontation and the Jimmy/Mike desert sojourn of the past two weeks, this is “Better Call Saul” back in familiar territory. It feels less like the closing chapter of Season 5 and more the deep breath before the second half of a 20-episode ending. For a character with the dangerous charisma of someone who assumes he’s the star of his own show (Tony Dalton’s face when the window rolls down on the SUV!), Lalo’s actions are those of a man who believes he isn’t at his own personal finale quite yet. Like Nacho’s composure under duress, it’s Lalo’s knowledge of the estate’s tunnel logistics — and a fortunate tactical error on the part of his would-be assassins — that leave him as the one to walk away from the firefight. At this point, there doesn’t seem to be much more to be learned about Lalo’s abilities or motivations, so “Better Call Saul” has now done the next best thing: strap him to a heat-seeking missile aimed straight for Albuquerque.

The long game has been king on “Better Call Saul” for the better part of Season 5 because the principals most likely to upset that order have largely talked themselves out of impulsive, knee-jerk reactions. The assassination order on Lalo has largely torn that narrative peace in two. Dalton’s scowl as he walks past the camera in the season’s closing seconds certainly points to a final “Better Call Saul” season where dominoes aren’t so much flicked off the board one by one as they are all toppled by an angry gust of wind. Pain has been visited on Lalo’s doorstep, and all who’ve recently challenged his authority stand to bear the biggest brunt of it. It’s the worst possible news for the two people who led to him going down to Mexico in the first place.

Whether it’s one woman’s potential newfound hubris or another man’s deadly newfound rage that ends up the deciding factor, that coinflip is bringing an avalanche of collateral damage on the horizon. Regardless of how long that wait ends up being, to see the pieces put into place in the back half of Season 5 has been nothing short of mesmerizing.