“Do you think kids were nice to Bill Gates in high school?” Rock asks in the 2018 Netflix stand-up special Sometimes you have to just smile through the pain, even if you’re Bill Gates.

A video of the Microsoft founder watching Chris Rock crack jokes about him in a stand-up special is going viral on TikTok.

“Do you think kids were nice to Bill Gates in high school?” the comic asks the crowd of his 2018 Netflix comedy show, “Tambourine,” before reenacting the hallway smack talk that, presumably, preceded Gates getting shoved into a locker in his youth.

“Hey Gates, you Charlie Brown looking motherf—er. F— you Gates, you four-eyed b—. F— you and your Windows, you gap-tooth motherf—er. I’m going to smack the s— out of you f—ing Gate, Gates motherf—er, you can’t get in the gate, Gates.”

Just smile through the pain @chrisrock

Midway through the hilarious rant, the TikTok videographer pans to the “four-eyed b—” himself, Bill Gates, sitting in a chair and watching the TV with a smile on his face. 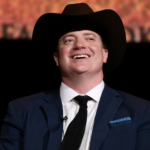 Uploaded by Zion Scott with the title, “Just Smile Through The Pain,” 1.6 million people have watched the clip in the two days since it was posted.

After being inundated with messages asking if the clip was real, Scott posted another TikTok on Tuesday to tell the “real deal, official story time” behind the already-infamous video.

“So I’m really good friends with Bill Gates’ daughter, Phoebe,” Scott says. “So me, Phoebe, two other friends and Bill were just watching that comedy special at their cabin and that part came on and we were all laughing super hard so we rewinded it and I started filming it. That’s what happened – not that confusing.” 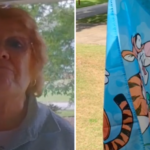 Scott’s bio on the video-sharing app states that he is a Seattle native, where the Gates family is based, so it seems that he is indeed telling the truth about the almost too-good-to-be-true viral moment.

Gates’ reaction suggests that Rock’s speculation into his high school days was fairly accurate. Well, he can sleep well at night knowing that he is no longer just a nerd but a nerd with money, and that makes all the difference.