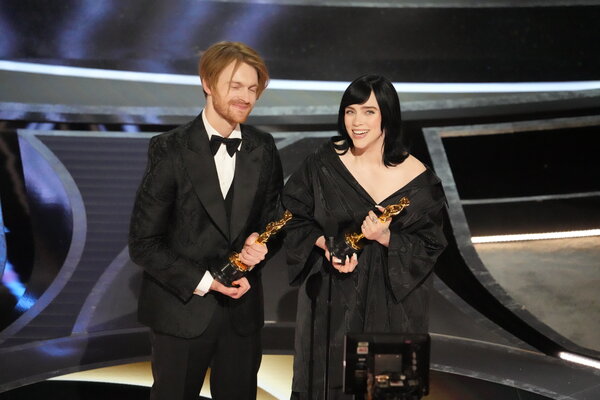 “No Time to Die,” from the James Bond film of the same name, took home the Oscar for best song. The accolade is the first Oscar win for Billie Eilish and Finneas, the brother and sister team who co-wrote the track. The song made Eilish the youngest artist ever to record a Bond theme.

“This is the first song I know Daniel’s opinion of, of ours,” Finneas told the BBC, referring to the movie’s star, who has said this is his last turn in the role. “If Daniel doesn’t like it, you don’t get the job.”

The previous two Bond themes also won Oscars, for Adele (“Skyfall”) and Sam Smith (“Writing’s on the Wall,” from “Spectre”).