Cannes 2021: Plus, a ‘suspicious package’ causes a brief lockdown, and a Hong Kong protest documentary gets added to the slate 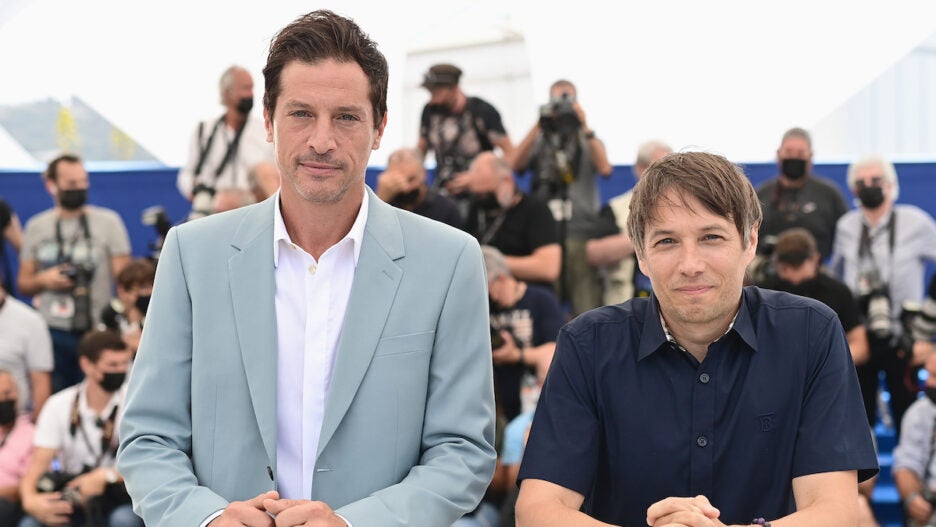 Sean Baker’s “Red Rocket” proved to be another highlight in this year’s Cannes Film Festival, but the person earning real raves is the film’s star, Simon Rex.

“Give Simon Rex the Best Actor award. Sean Baker is a national treasure. I was glued to his twisted red state Americana vision for almost its entire two hours,” critic Jordan Ruimy wrote.

At the film’s official Cannes press conference on Thursday, Rex referred to wanting to make his character a “likeable asshole,” which is no easy feat. “You want to root for the guy, but you can’t make him unredeemable.”

He also said that Baker allowed Rex and the other cast a lot of room to improvise and experiment with local slang to better get inside the character, even though the movie was shot on film. Rex, in fact, had very little time to prepare, learning about the part days before he drove to Texas in order to shoot.

But Rex declined to answer from a question from Chaz Ebert about whether he was packing a prosthetic in the film, ahem, between his legs, saying it will just add to the “mystery” of the movie.

A24 is releasing “Red Rocket” later this year. Check out some of the online reaction to the film below:

A documentary about protests in Hong Kong called “Revolution Of Our Times” has been added as a late addition to the Cannes Film Festival. The film depicts the events of July 2019 in Hong Kong, showing the ideological and political split between Hong Kong’s liberal side and China’s Communist side. The film also captures the storming of the Legislative Council, the death by suicide of a protester, the militarization of the police and how protesters responded with a “be like water” approach to fluid, changing protests.

Kiwi Chow, the director of “Ten Years” from 2015, directed the film, and TheWrap confirmed that “Revolution Of Our Times” will screen at Cannes on Friday, July 16 at 11:00 AM Cannes time.

The screening will likely inflame the Chinese government, which pressured broadcasters in China and Hong Kong not to carry this year’s Academy Awards because of the nominated documentary short “Do Not Split,” which also dealt with Hong Kong-based protests over Chinese policies.

A suspicious package found in a technical room annexed to the back of the Palais des Festivals was spotted at the festival on Thursday, causing a brief lockdown to operations.

Local police in the area reported the package in a tweet but made clear that “this is not a bomb threat” and that intervention services were in progress and asked people to “avoid the area” in order to facilitate operations.

The package did not cause an interruption to the photo call prior to the Thursday premiere of Thai director Apichatpong Weerasethakul’s “Memoria,” which stars Tilda Swinton, or to the screening itself.

On the red carpet prior to that premiere, Apichatpong, Swinton and other cast and crew posed with a sign reading “S.O.S.” in support of the protest movement against the repressive and violent policies of the right-wing Ivan Duque regime in Colombia. “Memoria” was filmed in that South American country.