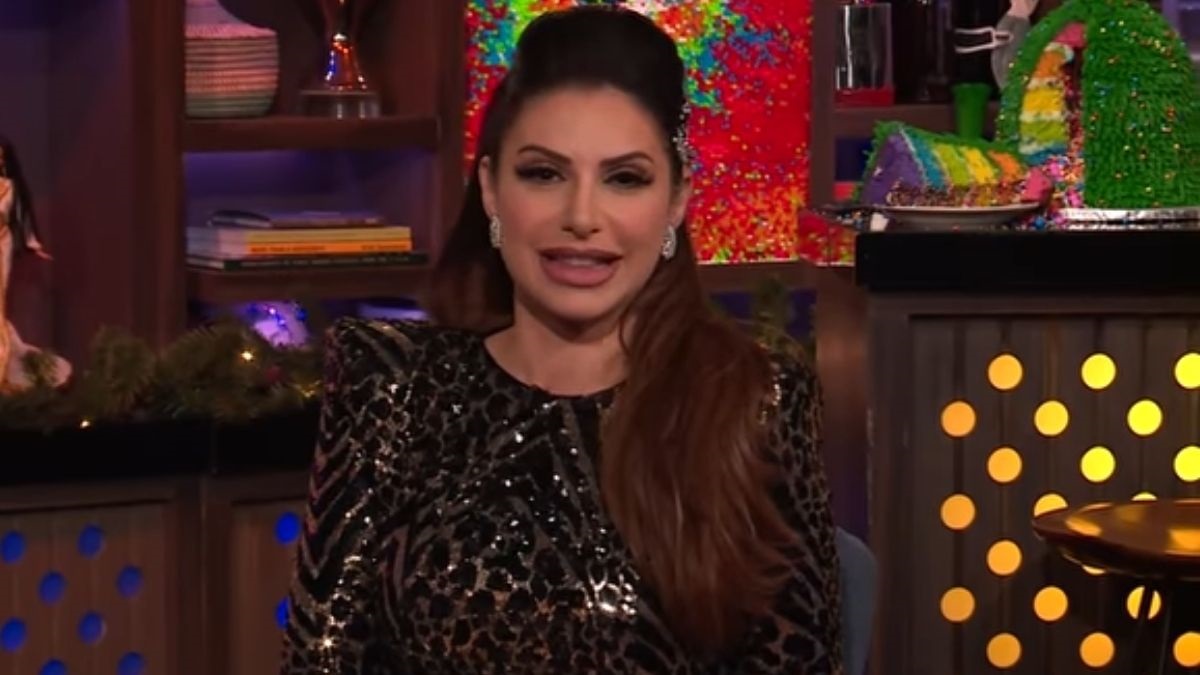 Jennifer Aydin is wowing fans and showing off her fit figure in her Halloween costume this year.

The Real Housewives of New Jersey star dressed as Jennifer Lopez in her legendary 2000 Grammy Awards Versace dress. Jennifer’s husband, plastic surgeon Billy Aydin, joined in on the fun dressed up as Prince.

With a Season 9 tagline of, “I’m obsessed with family, traditions, and Chanel,” it is no surprise the RHONJ star would go all-out for the festive holiday.

Jennifer’s costume was custom made by designer Antonio Estrada and included gold Versace safety pins and a waterfall skirt. She accessorized the outfit with gold Versace earrings, a coordinating face mask, and a high ponytail styled just like J.Lo’s.

She captioned an Instagram photo of herself in costume with, “Thank you to everybody who got me ready,” leaving shoutouts to her hairstylist and makeup artist. She added, “And Versace for the inspiration and the earrings and pins, and, of course, to J.Lo for the great idea.”

Billy’s costume was complete with a black curly wig and a long purple trench coat.

Based on Instagram stories from Jennifer and other Jersey housewives, fans determined they attended a costume party together. 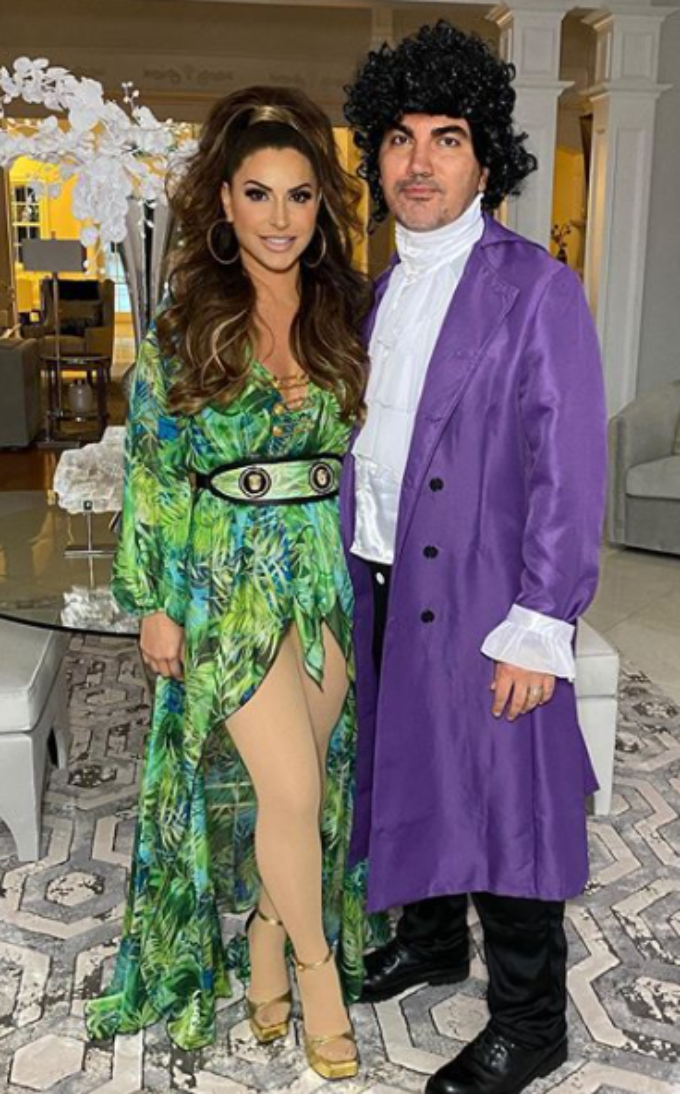 Fans had a lot of love to share for Jennifer’s look. One wrote, “She looks AH-MAZING.”

Another fan added, “She is looking HOTT!!!”

One fan thought the costume went above and beyond as they wrote, “You look better than J.Lo” and “Omg love it you guys look great!”

Not everyone was impressed with Billy’s costume, as one fan teased, “With all their money, you’d think Bill could have gotten a better wig.”

Jennifer was quick to defend her hubby, replying, “Ok hater – we wanted to be funny. Too bad you don’t have a sense of humor.”

Castmates join in on the fun

The Jersey housewives took to their own social media pages to show off their looks.

Teresa Giudice dressed as a stick of cotton candy in a pink tulle outfit, with a pink, blue, and purple wig, and a cotton candy wand on top of her head.

In the caption of her photo, Teresa wrote “I’m the sweetest BITCH you’ll ever meet. Tis the season…are you a trick or a treat?”

Melissa Gorga made a statement in a mermaid costume complete with a one-shoulder gold bralette and a pink mermaid tail skirt filled with sequins. Her husband, Joe Gorga, coordinated with her by dressing as a mermaid catcher, complete with a ripped shirt and a fishing net.

Dolores Catania had a creative rendition of a plastic surgery patient. Her costume was equipped with bloodied gauze, an IV bag, and several bandages and incision lines.

Margaret Josephs and husband Joe Benigno dressed as Morticia and Gomez Adams, while Jackie Goldschneider dressed up as Sonny and Cher with her husband Evan.

The Halloween party is rumored to be part of the Season 11 finale of RHONJ. Fans will have to wait and see what type of drama unfolds as the new season is rumored to air sometime in February 2021.

The Real Housewives of New Jersey is currently on hiatus.