Per fast nationals, the two primetime winners earned a 0.7 rating in the 18-49 demo.  This was a steady return for Chicago Fire, but a bit of a slip for Survivor from the previous week. Between the two however, it was Chicago Fire which brought in the larger audience with 6.63 million – the most of Wednesday. Of course, these two top-performing titles were their respective networks’ best.

Survivor (0.7, 5.15M) kicked off the evening for CBS, also down slightly in viewers from the preceding episode. Following behind for the network was Beyond The Edge (0.3, 2.58M), which couldn’t quite retain its lead-in boost and fell one tenth in the demo. CBS ended its Wednesday with a repeat of FBI.

After Chicago Med‘s stable return (0.6, 6.18M), Chicago Fire brought the heat to best all the other titles in the same hour. NBC’s Fire also provided Chicago P.D. (0.6, 5.49M) a strong enough boost to  top the final hour, but that Chicago title dipped one tenth in demo rating.

All of ABC’s titles were stable, with The Conners (0.4, 2.74M), winning the night for the network. The Wonder Years, The Conners, Home Economics and A Million Little Things have yet to be renewed.

Fox’s The Masked Singer (0.4, 2.88M) took a noticeable dip from the previous week. However, in the Domino Masters (0.3, 1.54M) season finale, it was only the dominos that fell as the Fox freshman remained steady. College students and twin brothers Alex Koops and Derek Koops took home the grand prize. The competition series was incrementally down from its already quiet debut in March (0.4, 1.65M)

Thursday primetime touts its regular programming, save for repeats of Walker and Legacies. 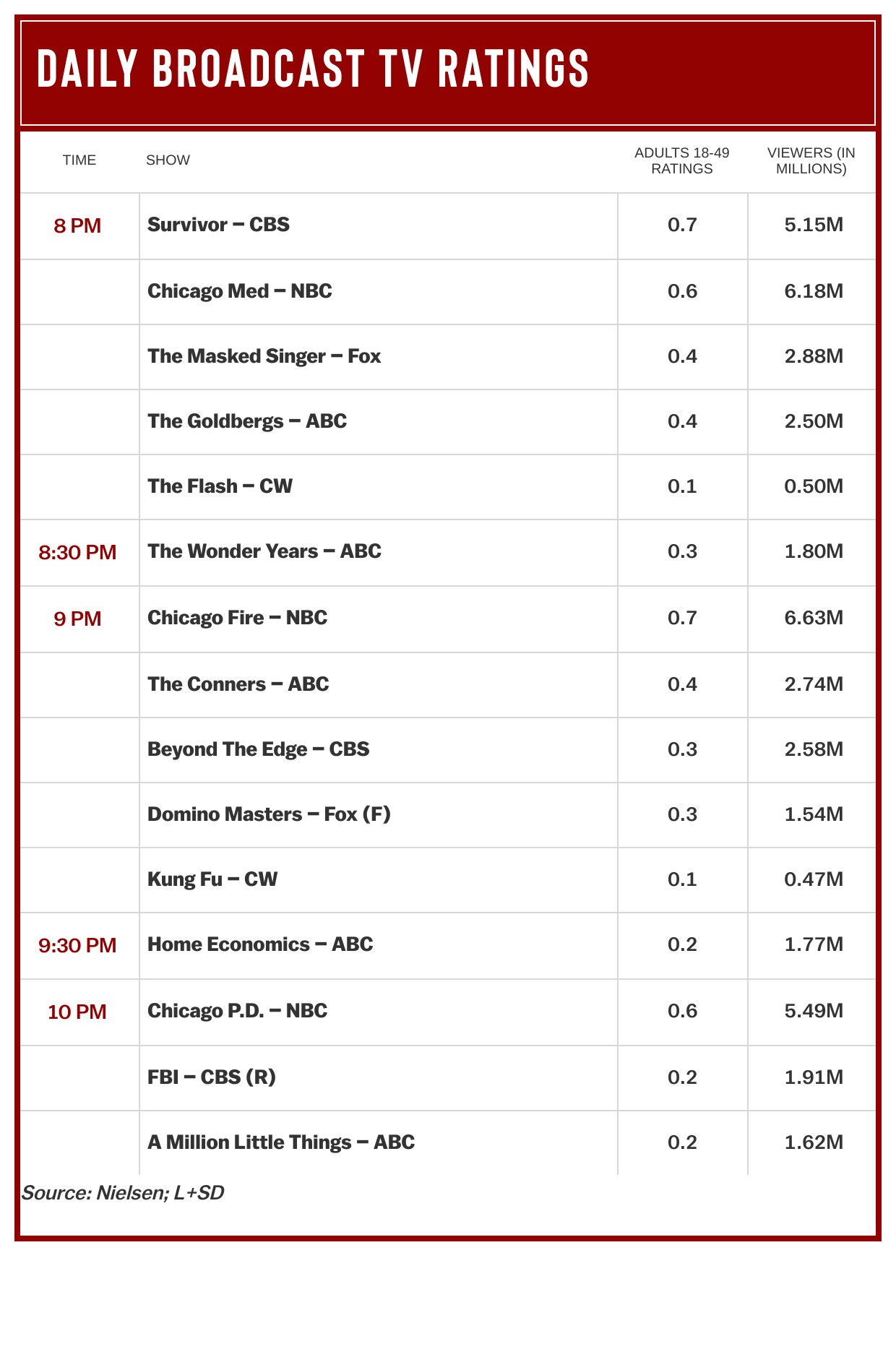